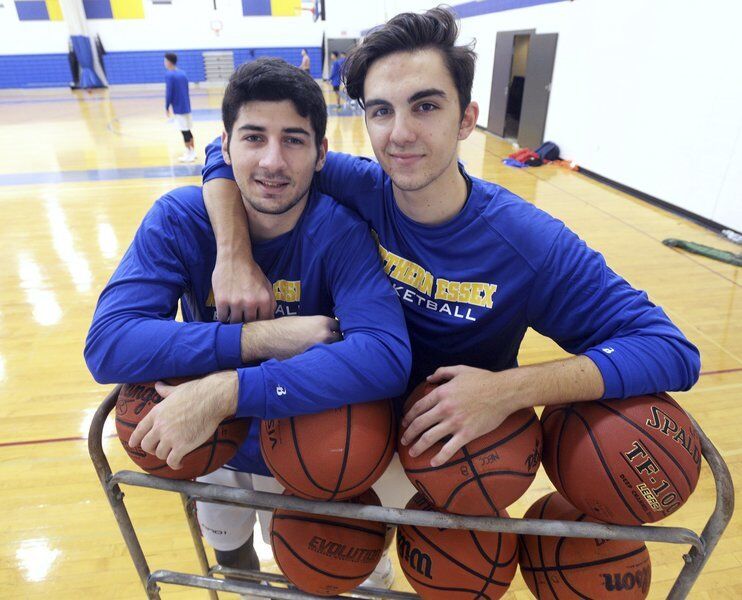 Northern Essex has a tradition with players from Turkey. . Emir Alagoz, left, and Guney Kilitcioglu played for the Knights in 2016-17. 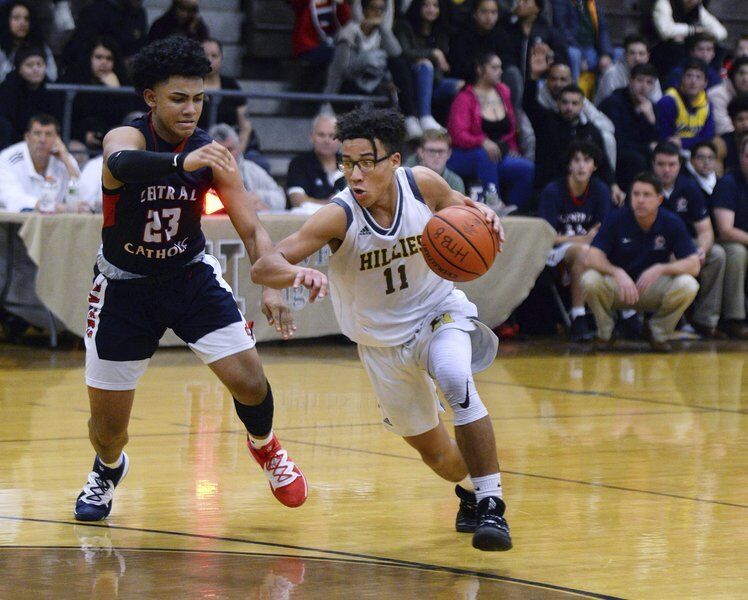 Haverhill’s Elijah Haas, driving against Central Catholic, is one of four Hillies and a large number of local recruits for Northern Essex. 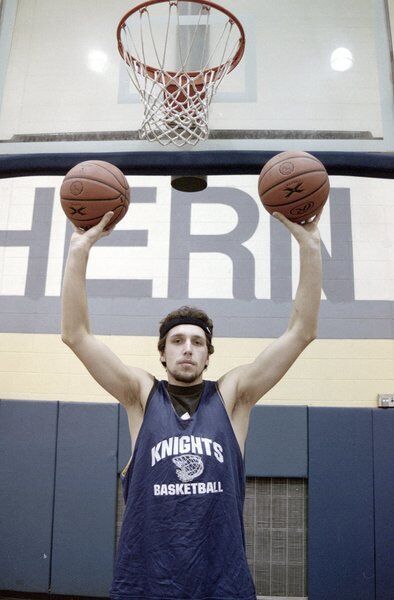 Northern Essex has a tradition with players from Turkey. . Emir Alagoz, left, and Guney Kilitcioglu played for the Knights in 2016-17.

Haverhill’s Elijah Haas, driving against Central Catholic, is one of four Hillies and a large number of local recruits for Northern Essex.

They may also need a pronunciation guide and maybe even a map of the world.

That’s because the Knights are going international.

With only three players back from last year, in which Northern Essex went 3-3 in a COVID-limited schedule, head coach Darren Stratton has stockpiled a wealth of recruits, the most notable being two players from Turkey and four from Canada.

The Turkish players are 6-foot-6 Metin Mert Yazuz and 6-2 guard Mehmet Ertugrul Asik, the latter of whom is transferring from Georgetown College, an NAIA school in Kentucky.

The players from Turkey continue a tradition started in 2003-04 when Sercan Fenerci played for the Knights and had a favorable experience, which led him to play on a scholarship at Angelo State University, earn a master’s degree and become a high school coach at Acton-Boxboro and assistant AD at Bunker Hill Community College.

Fenerci’s positive experience at Northern Essex makes him more than willing to recommend the school to other Turkish players.

The Canada link is more diverse but it certainly helped that Canadian Scottie Austin, who was the Knights’ best player two years ago, has become a positive ambassador for the Knights.

Why the swing to foreign players? It’s a situation that is beneficial to everyone involved according to Stratton.

“We offer them a great opportunity that we’ve shown can help them,” said Stratton. “We can develop them as players and get them prepared for a four-year school. We’ve had great success with them and we take pride in it.

“For us, I like to have them because they’re here for a reason. They’re dedicated to their academics and they don’t have the distractions that local kids might have. They’re here for basketball and their studies.”

And usually, they’ve got a lot of talent, even if some of it is raw talent.

“This group looks to be as talented as any group I’ve had,” said Stratton. “They can run the floor and they’re athletic and versatile.”

The foreign players, as well as 5-11 guard Jordan Callahan from Lake Placid, Fla.,  may headline the incoming recruits for the Knights, but there are plenty of local players who could make an impact.

Four of the incoming freshmen are from Haverhill — Phillip Cunningham, Elijah Haas, Elias Polanco and Angel Burgos — while Lawrence’s Gregory Duran and Methuen’s Jaleek Urena will also be looking for a spot.

In addition, Timberlane grad Ashton Ventola and Pentucket grad and distance running ace Peter Lopata could be in the mix.

Moreover, there are a high number of other players who will be trying out to make the squad, a number so high that Stratton laments some cuts that will need to be made.

“We’re going to have at least 42 kids trying out and it’s not going to be easy cutting kids,” said Stratton. “I know I’ll be cutting some kids who would have played for me years ago. I’ll feel bad about that.”

Limited workouts (eight hours per week are permitted) will begin the week of Sept. 13 with Oct. 1 the official first day for tryouts. Stratton hopes to have his team picked on Oct. 3.

“It’s going to be tough,” said Stratton, who is looking into the possibility of having a JV team. “I’ll probably keep 18-20 players, which is way more than I usually do.”

That means that about a third of the team will be from out of the country.

While Northern Essex men’s basketball coach Darren Stratton is more than excited about his incoming recruits, he is by no means predicting a championship for his squad. Many of his opponents are loading up as well.

“I know they’ve go some great players coming in,” said Stratton. “A lot of it has to do with COVID. Because of COVID, there aren’t many opportunities at four-year schools because most of them have everyone back because of the extra year of eligibility.

“If guys want to play now, even the good ones, they have to go to a junior college or maybe a prep school.”