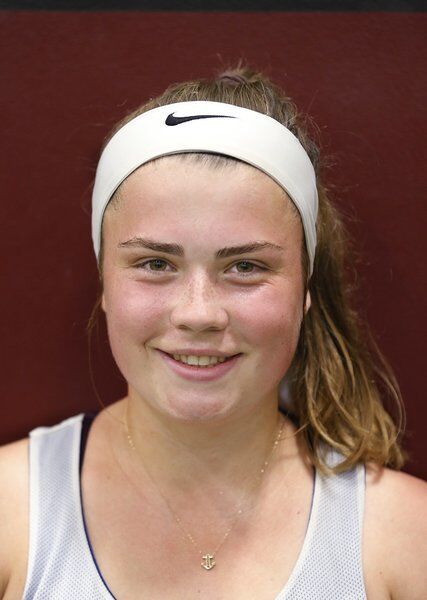 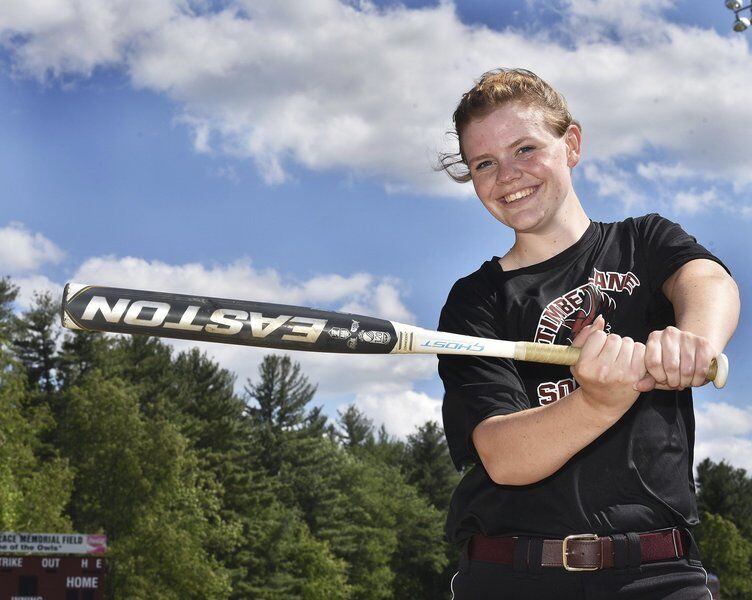 CARL RUSSO/staff photoTimberlane senior Sarah Cook, a tri-captain, has been instrumental in bringing along some talented underclassmen for the Owls.

CARL RUSSO/staff photoTimberlane senior Sarah Cook, a tri-captain, has been instrumental in bringing along some talented underclassmen for the Owls.

Yes, Salem (16-1) must be considered the favorite in the New Hampshire Division 1 state tournament, which begins today, but it’s hardly a slam dunk.

In fact, even in opening regional play, the Blue Devils — led by senior Sydney Emerson and some outstanding freshmen — will face a serious challenge.

The opening field includes a Pinkerton squad (13-5) that handed Salem its only regular season loss, a hard-hitting Londonderry team (13-5) and Windham (8-6), which has traditionally been tough to beat in tournament action.

And then there is Timberlane (5-8), which Salem opens against Tuesday. The Owls may have a losing record, but they’re loaded with young talent to supplement talented tri-captain Hannah Collins, have improved significantly and could be dangerous.

Among the impressive young Owls are freshman shortstop Katherine O’Leary, who was batting .396 heading into the final regular season game in which she went 4 for 4, classmate Abigail Salafia, a pitcher hitting .436, sophomore Olivia Matarazzo (.444) and junior Mackenzie Mlocek (.385).

Perhaps partly because of her position, O’Leary particularly stands out.

“She is a smart player and has natural instincts for the game,” said Timberlane coach Eric Schoenenberger, who also has positive things to say about Salafia and the others. “She will be a staple at shortstop through the coming years.”

What has really greased the Owls’ improvement, said Schoenenberger, has been captains Collins, Maeve Perras and Sarah Cook.

The contributions of Collins, who is a three-sport captain and will play soccer while studying in England next year, have been well chronicled, but Perras and Cook have been just as vital.

Perras, a second baseman, hit .450 during the regular season and had a .970 fielding percentage while Cook hit .333, led the team in RBIs and was a rock as the team’s catcher, picking off five runners among other contributions.

“Perras is a remarkable fielder, making plays that you think she can’t make ... she is a leader of this team and she plays with that passion that others want to strive to,” said Schoenenberger.

Their leadership of the younger players have been just as vital and the captains realized it.

“It was really important for all the players to be connected and it was important that they learned what it takes to be successful,” said Scott, who will attend UConn next year.

Added Perras, who will attend Rivier and play field hockey next year: “We needed to lead them and show them the ropes, let them know what it takes to play high level softball.”

That goal seems to have been reached and adds greater confidence for a possible unexpected tourney run.

“We’ve grown so much as a team since the season started,” said Perras. “I’m so excited to see how we do in the tournament.”

It should be interesting and, while it will be difficult for anyone to match Salem’s hitting prowess (seven starters are hitting over .400, led by freshmen Jen Olson and Addison Lucier at .509 and .460 respectively), no one had better take Timberlane — among others — for granted.