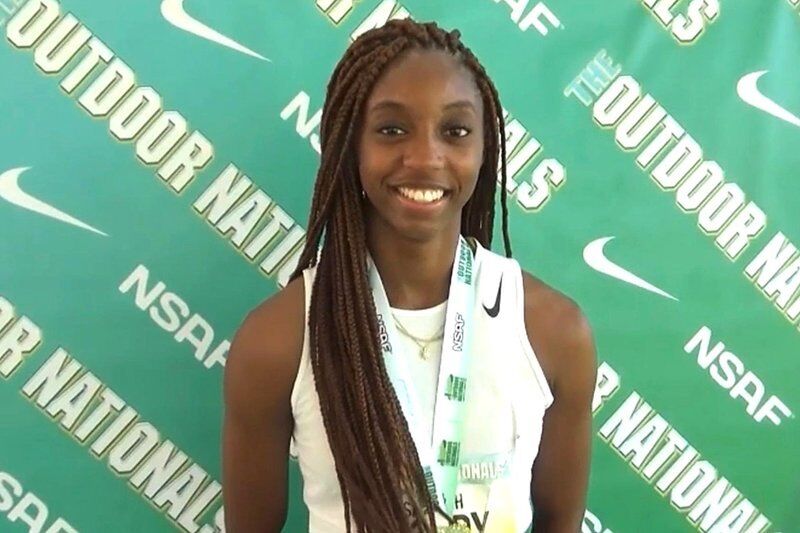 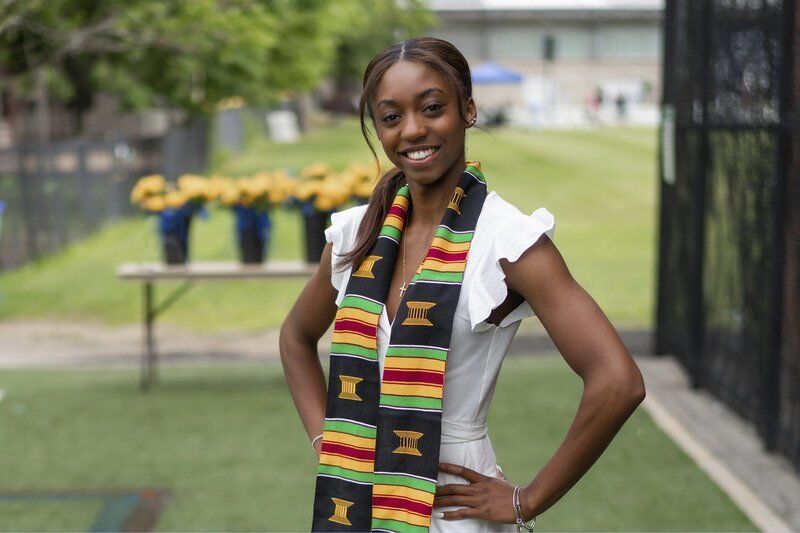 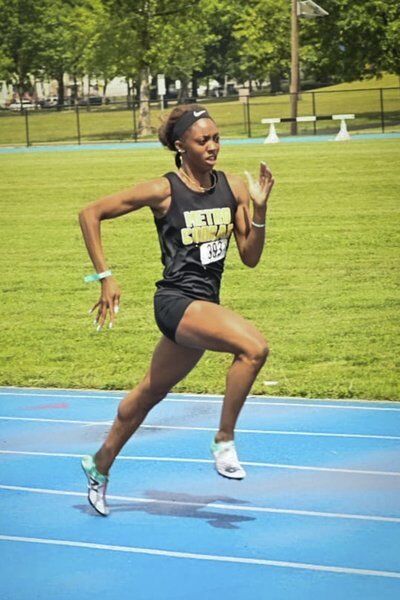 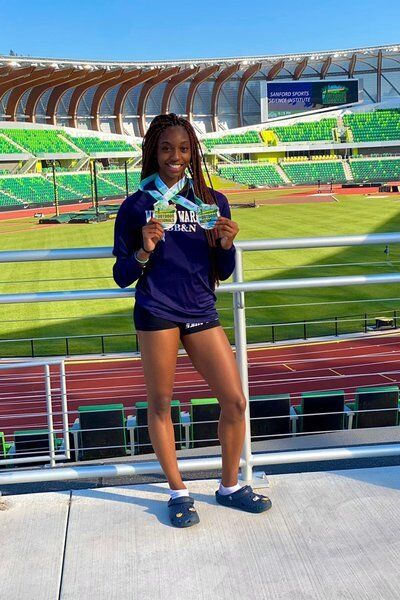 Courtesy photoSamirah Moody won a silver and a gold at the prestigious Nike Nationals at famed Hayward Field in Oregon. 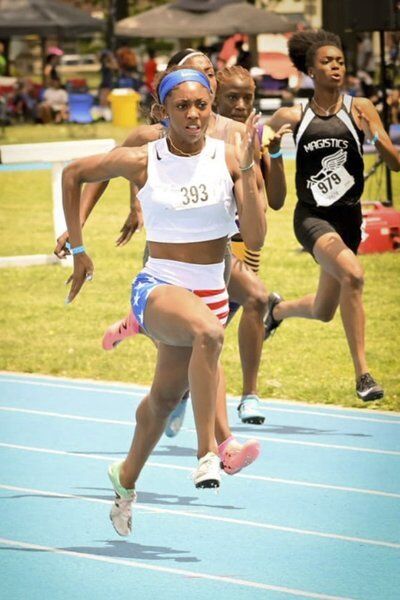 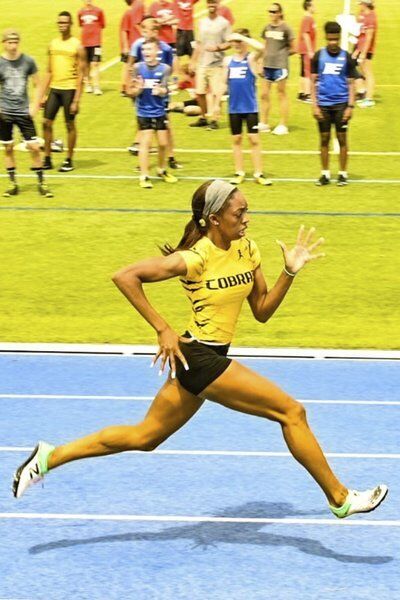 Courtesy photoSamirah Moody won a silver and a gold at the prestigious Nike Nationals at famed Hayward Field in Oregon.

Samirah Moody went into the mecca of American track and field and put on a show.

In early July at the Nike Nationals at the University of Oregon’s famed Hayward Field, the recent graduate of Buckingham Browne and Nichols School (BB&N) in Cambridge placed second in the 100 meters in 11.51 then came back to win the 200 meters in 23.32.

She now holds both New England records and just set the 100 mark for the third time this spring. The old marks were Olympic long jumper Kate Hall of Maine’s 11.58 in 2014 and Shayla Wallace of Northwest Catholic of Connecticut’s 23.54 back in 1995.

It’s all pretty heady stuff for Moody, who moved into North Andover in November of 2019 after growing up in Randolph.

She said, “It was exciting, to say the least. It was where the Olympic Trials and NCAAs were. It added to the adrenaline. You know everyone is watching. The whole experience was exciting and legendary. I was excited for months prior to that. I was ready.”

Like with many elite athletes, COVID wreaked havoc with her ability to compete. But she trained hard and believed big things were ahead.

“A lot of others were more surprised than I was,” said the 5-foot-4 speedster. “I had prepared for two years for times like these.”

The “times like these” certainly caught the attention of the high school and college track worlds.

Moody had run fast times before. But not this fast.

In many sports, it’s not too difficult to predict future growth.

But track can be hard to predict, even moreso for girls than boys as girls tend to mature earlier.

So a talent like Moody, will she stay the same, get better, get worse, get much better? Moody always believed “get much better” was the correct answer.

She explained, “A lot of coaches were skeptical when I say I can run this time. I was confident. I had something to prove. I was hungry and running with a vengeance. A lot of people (college coaches) might be kicking themselves.”

Moody, who attended the Rivers School in Weston for grades 8-10, committed to Villanova in November. Duke and University of Pennsylvania were her other finalists.

All three are top academic and track schools. But given Moody’s blazing recent times, it probably is a bit of a surprise she didn’t end up at a traditional “sprinter school” like LSU or USC.

Harvard has just produced an Olympic sprinter in Gabby Thomas from Florence, Mass. And Samirah’s brother, ex-BC High and Choate star Kaleb Moody, is a defensive back on the Crimson football team.

She said, “Harvard was the only Ivy League not to recruit me. They may have some regrets.”

Kaleb and Samirah inherited the family brains and athletic ability.

Mom and dad are educators and former star athletes. Dad, Kwesi Moody, is an assistant principal at Andover High and previously was at Methuen High. He was a starting defensive end at Boston University when the Terriers played 1-AA football in the Yankee Conference.

Mom, whose maiden name was Jaime Sims, until recently had the family sprinting records. She ran against the great Marion Jones as a California high school sprinter then starred at BU. A multi-time New England champ, she set Terrier school records of 7.03 in the 55 meters in 1995 and 11.92 in the 100 meters, which was only recently beaten.

The previous generation had talent, too. Their uncle, Allen Carter, was a running back for USC and the New England Patriots (1975-76).

As might be expected, Mom is thrilled to be surpassed by her gifted daughter.

She said, “My grandfather, rest his soul, used to say, ‘It’s a generation lost if our children do not do better than us.’

“My husband and I were very purposeful and intentional when we poured into our children. I am very proud of my daughter and the woman she has become on the track and off the track.”

Samirah’s mother wasn’t above using a psychological ploy or two.

She said, “I used to joke with her with hopes to motivate her and say, ‘You still haven’t beaten me yet,’ knowing she did. I was praying she wouldn’t look it up.”

Samirah Moody’s eye-opening times (11.48/23.32) are considerably faster than the Eagle-Tribune’s all-time area marks, which are limited to athletes at local high schools.