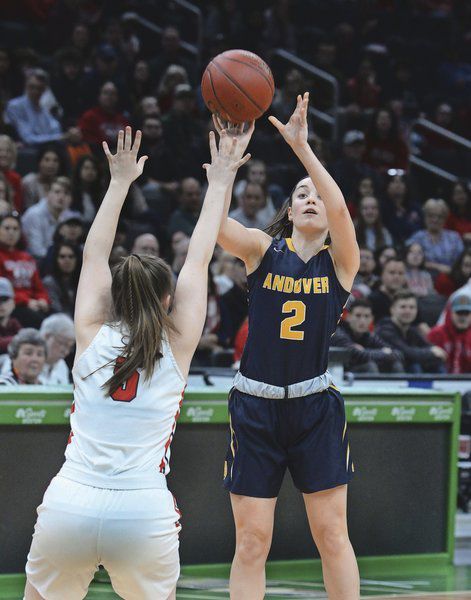 CARL RUSSO/staff photoAndover's Shea Krekorian takes the jump shot in the Warriors' 52-44 victory over Bridgewater-Raynham in the Division 1 state semifinals, providing her with her athletic highlight. 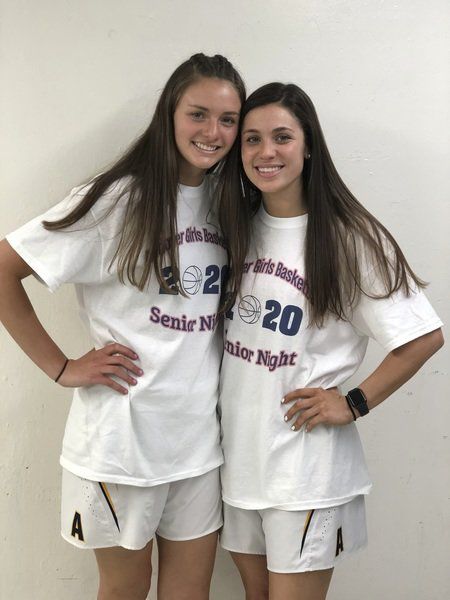 CARL RUSSO/staff photoAndover's Shea Krekorian takes the jump shot in the Warriors' 52-44 victory over Bridgewater-Raynham in the Division 1 state semifinals, providing her with her athletic highlight.

Best academic accomplishment: “Being awarded the “Excellence in AP Statistics” my junior year. I have always had a math oriented brain and, though I knew I loved numbers, I wanted to find something engaging to satisfy my extroverted personality. I immediately fell in love with statistics and began to consider furthering the study of statistics and data science in college. Hearing my name called for that award did not only verify that I excelled in the course, but also that the passionate teacher who had sparked my interest had seen that passion and grit in me.”

Best athletic accomplishment: “No doubt, our state championship tournament run in basketball this winter. Our group of girls was counted out by most people before the season even began. With only four upperclassmen, two returning starters, and two freshmen in the starting lineup, people assumed this was going to be a “rebuilding year”. My best friend and I were the lone seniors and captains of the team, and we made team chemistry a priority on and off the court. We ensured that all fourteen girls were made to feel essential to the team’s success. We worked particularly hard to help the newcomers assimilate to the team throughout the summer and fall. As captains, we instilled a sense of pride in a group of young girls with little experience. Though the season had a few ups and downs, we entered the state tournament confident and ready to add to the collection of banners in our gym. We were ranked sixth in the north and were not even ranked by the state. After a shaky first round win against Arlington, we were to play Central Catholic, our biggest rival. We shocked Central in the quarterfinals at their home gym, beat a dangerous Chelmsford team in the semis, banned together to pull off another upset at the Tsongas Arena versus a skilled Cambridge team in the North finals, and upset a talented Bridgewater-Raynham team in the state semis at the Garden. Though we were upset our championship game was cancelled, I am still so proud of what our team accomplished.”

Biggest growth from freshman year to now: As a high school athlete it was in my ability to lead. Though it was difficult at first, I had to learn to be a leader as an underclassman regardless of any designation. As I got more comfortable in the program, I gained more confidence as a leader. I think my growth sparked during my junior seasons in both basketball and lacrosse. In basketball, I definitely used my experience to make my voice heard on and off the court. In lacrosse, my role changed drastically from sophomore to junior year. I had to help fill the void of many key players we lost. My teammates relied on me in a different way, both offensively and defensively. This was an adjustment, but being in that position made me a stronger player and person.”

Best advice to incoming freshmen: “Give a hundred percent every single day. One of the biggest fears of any freshman is to “step on the toes” of an upperclassman. It is important to be respectful, but the best teams I have been a part of are those who really push each other to the next level. Practice becomes more enjoyable with both a competitive and supportive atmosphere. Additionally, I have learned from my experience that your spot in a program or on a team is never set in stone. It is important that you bring your best every single day to help your team and yourself get better. I initially was on the JV lacrosse team my freshman season, but worked hard everyday to get called up to varsity by the end of the season.”

If you were president and could change one thing what would that be?: “I would aim to fix the divide in our nation. Not much is accomplished when people can’t see through their political differences with each other. These divisions have proven to create political challenges that blur the focus of what actually needs to be accomplished. I understand the value of having a particular opinion, but oftentimes partisanship stands in the way of progress. The media seems to be more focused on pointing fingers at the other side rather than solely reporting the facts. Especially during this unprecedented time, it is more important that we unite to get through this time rather than place blame on others. If I were president, I would attempt to create a more unified environment, just as I would as a captain of the lacrosse and basketball teams.”

Teacher recommendation: “While Shea accomplished a lot as an athlete (two-time MVC All-League), she had as much impact in the classroom, scoring an 800 in the math SATs. ... Every February vacation, Shea helped coordinate and run a clinic for elementary and middle school-aged children in Andover. She went above and beyond in this commitment. ... As a parent of an 18-month-old daughter, if she can grow up to be anything like Shea, I will consider myself lucky and fortunate.” -- Andover High math teacher Alan Hibino.