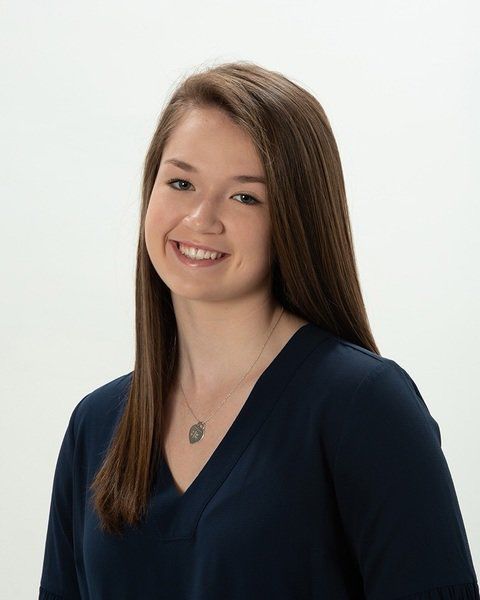 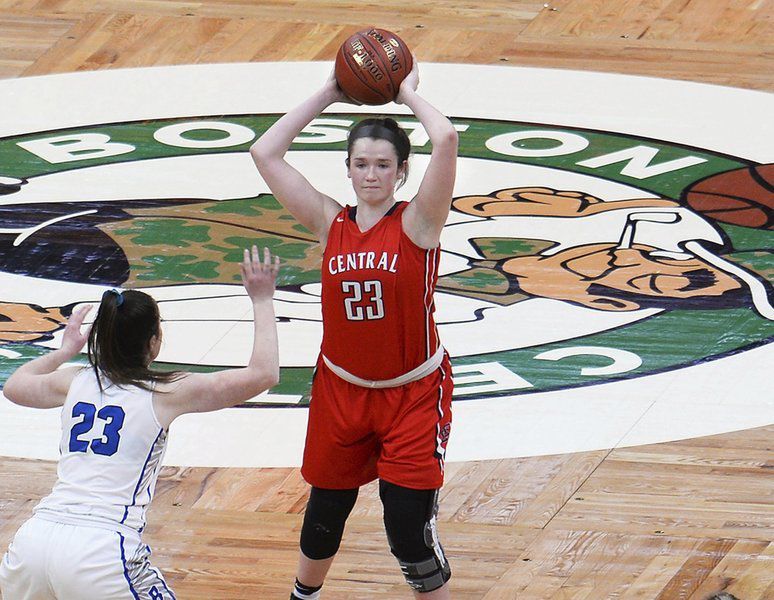 CARL RUSSO/staff photoCentral's Emily Downer looks to pass the ball with the Celtics' logo as her backdrop in 2019 when she helped the Raiders reach the Division 1 state semifinals.

CARL RUSSO/staff photoCentral's Emily Downer looks to pass the ball with the Celtics' logo as her backdrop in 2019 when she helped the Raiders reach the Division 1 state semifinals.

Best academic accomplishment: “I was awarded the Notre Dame Book Award for 2019. This award was presented to me for having outstanding academic achievements, exceptional character, and significant personal contributions to both my school and community.”

Best athletic accomplishment: “Being able to continue my academic and athletic careers at Middlebury College, and also being named a Boston Globe All-Scholastic and to the Eagle-Tribune Super Team this past season.”

Biggest growth from freshman year to now: “As a freshman, I had very limited playing time on the basketball court. The following year I started every game until my season was cut short by my ACL injury. That injury gave me a newfound appreciation for the game of basketball, which led me to become a two-year captain and an inspired leader who only wanted the best for my team.”

Best advice you could give to incoming freshmen: “Throughout your high school career there will be challenges; they are ultimately inevitable. Embrace those challenges and let them build your strengths. Appreciate every moment you are gifted with, the good and the bad, because you never know when the moment will end or if you will ever experience one like that again.”

Recommendation: “Emily is a special individual, equally fascinated and fascinating. When she is not practicing with her team or conquering college level courses, she might be watching the Food Network or a Rom-Com, buying tickets to a Broadway show or absorbing new poetry or music. ... We learned a lot about Emily during her sophomore season after suffering an athletic injury (ACL tear), she never lost her focus and eventually led her to the pursuit of a career in the health sciences and a Lawrence General internship.” -- Central Catholic guidance counselor Kristin Tetreau