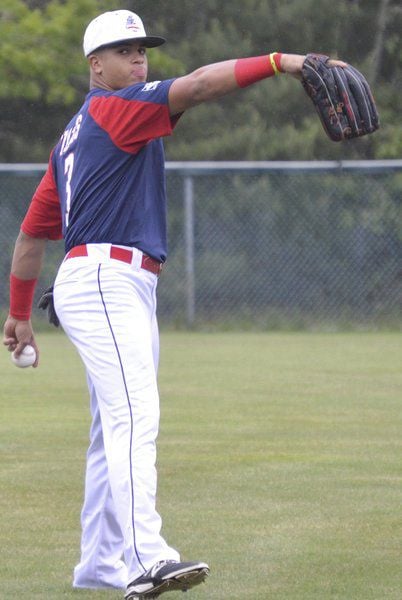 Jansiel Rivera of Methuen, recently drafted in the 22nd MLB draft by the Seattle Mariners. 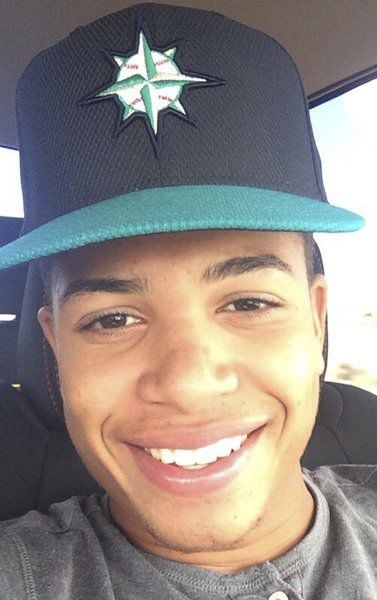 Jansiel Rivera shows off his new Seattle Mariners cap after checking in on Monday at the team's rookie league facility in Arizona. 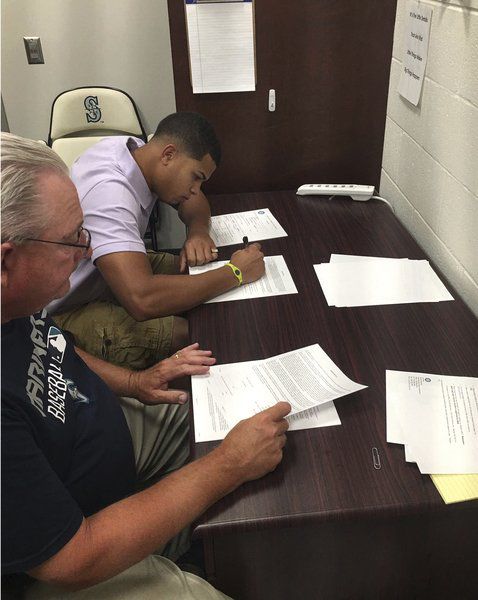 Jansiel Rivera of Methuen, signs his professional contract with the SeattleMariners. He was drafted 22nd and last Saturday 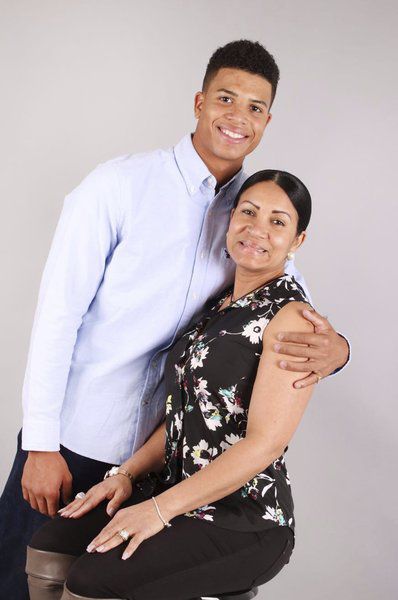 Jansiel Rivera of Methuen, recently drafted in the 22nd MLB draft by the Seattle Mariners.

Jansiel Rivera shows off his new Seattle Mariners cap after checking in on Monday at the team's rookie league facility in Arizona.

Jansiel Rivera of Methuen, signs his professional contract with the SeattleMariners. He was drafted 22nd and last Saturday

The blueprint for a life in baseball — eventually pro baseball — pretty much goes like this:

It has worked for many local players, including Haverhill’s Carlos Pena and most recently Andover’s Dustin Hunt.

Jansiel Rivera, of Methuen, decided early on, at 15-years-old, that that blueprint was not for him.

The 6-foot-1, 205-pound Rivera spurned the high school route, playing on an AAU (private) program in the North Shore, and then went off the board, opting to play in the Dominican Republic, where his parents were from.

He spent about 17 months there, between the cities of Santa Domingo and San Pedro, playing baseball morning, noon and oftentimes night at a couple of MLB-sponsored baseball academies.

It was enough to get noticed by the Seattle Mariners, who chose the 17-year-old lefty hitter and thrower, in the 22nd round of the draft on June 11.

“It’s incredible,” said Rivera, who returned to Methuen in May, attending the high school prom. “I’m a professional baseball player. It was a dream come true. Now I have to perform, learn and become a major leaguer. That’s my goal.”

After leaving the high school program as a sophomore, Rivera opted to play for an AAU team coached and run by Omar Ortiz of Lawrence and then the next year, The Academy out of Danvers.

He credits Ortiz in changing the way he approached the game as a talented teenager.

”Omar helped me a lot,” said Rivera. “I was an average player. I didn’t really know anything about discipline or work ethic. He changed that for me. He got me thinking bigger and better, about maybe getting drafted some day.”

Ortiz said that when Rivera was 14 years old, he had never seen a kid that young hit balls as long and as hard as he did. But, said Ortiz, there were “issues.”

”He was like most kids. He was talented but spoiled,” said Ortiz, who now trains baseball players one-on-on under Ortiz Sports. “I had to pull him out of games, to embarrass him, because he would blame teammates for everything. His attitude wasn’t great.”

But Ortiz said something clicked before he turned 15 and, well, the rest is history.

”I was a similar way and it hurt my career,” said Ortiz. “But he started to get it. He wanted to stay late after practice to get extra batting practice. It was the only thing he needed.”

Rivera eventually left for another AAU program and then moved to the D.R., where baseball is not only a way of life, but for some boys it is life.

”I was against him going, because he had so much talent that he was going to be drafted eventually,” said Ortiz. “I was thinking he’d go to college and then go pro. But he wanted to go to the Dominican Republic.”

The move to the D.R., his parents’ — Gilberto Ledesma and Yudelka De La Cruz — homeland, was not an easy one. He originally moved in with his grandmother in Santa Domingo.

”It was really tough not being home,” Rivera said. “I love Methuen. I love being with my family. It was tough not getting home-cooked meals everyday. The apartment I moved to in San Pedro wasn’t great, either.

”But what kept me going was my dream of playing professional baseball,” said Rivera. “You can play 365 days a year, with temperatures in the 80s and 90s every day. It’s perfect baseball weather.”

Rivera connected with a few people associated with MLB, including Robinson Cano’s dad. Rivera went to a Seattle Mariners tryout for American players in Arizona.

Rivera returned to the D.R., where he also attended and finished high school, and kept up his baseball workouts.

He returned home to Methuen in May.

”I was asked to go to the Methuen High prom,” said Rivera. “Of course, I would go. These are kids I grew up with. A lot of them were interested in my story, leaving for the Dominican Republic for baseball. It was a great time.”

Then, on June 11, he got the call from a Seattle Mariners scout, that he was about to be chosen in the 22nd round.

His dream will be complete if he plays in the major leagues and is able to some day buy a home for his mom.

”I did it this way because it was the best for me,” said Rivera, who has two older sisters. “I’m not able to help out my family, especially my mom. She has been there for me my entire life.”

Ortiz hasn’t worked with Rivera in more than two years, but he doesn’t doubt his expectations.

”Jansiel is a five-tool player,” said Ortiz. “He’s fast and powerful, a great athlete. If he puts in the work, I expect to hear his name in the future.”