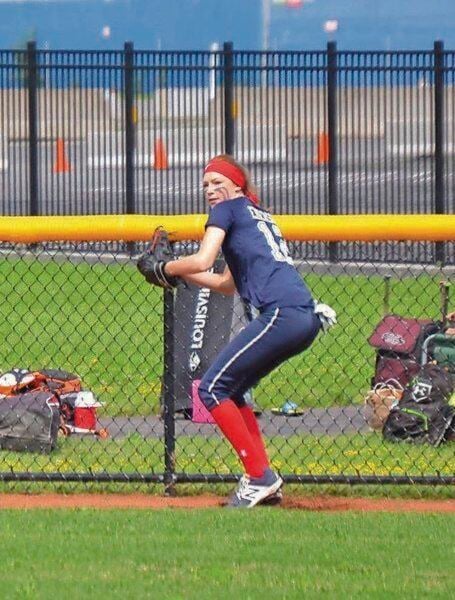 Courtesy PhotoSalem's Sydney Emerson is a fine infielder, but the outfield is where she is most at home. 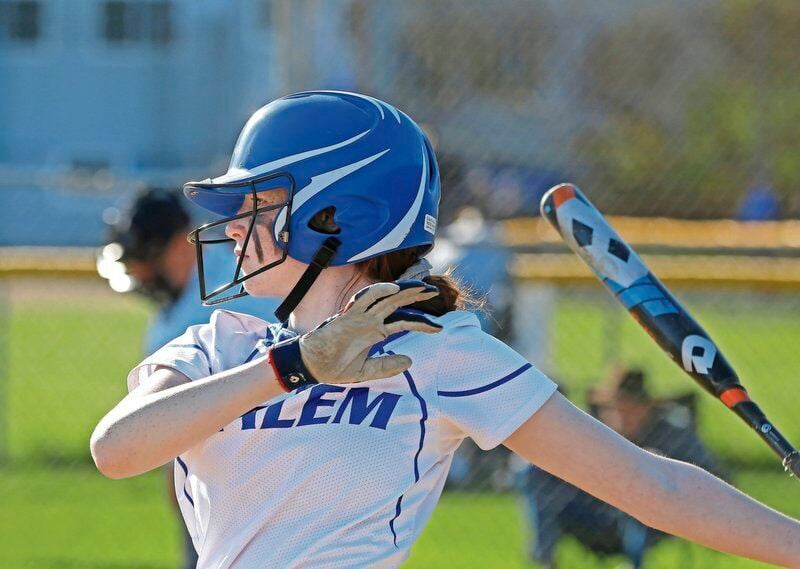 MIKE SPRINGER/Staff photoSalem's Sydney Emerson hit .485 as an Eagle-Tribune All-Star as a sophomore. 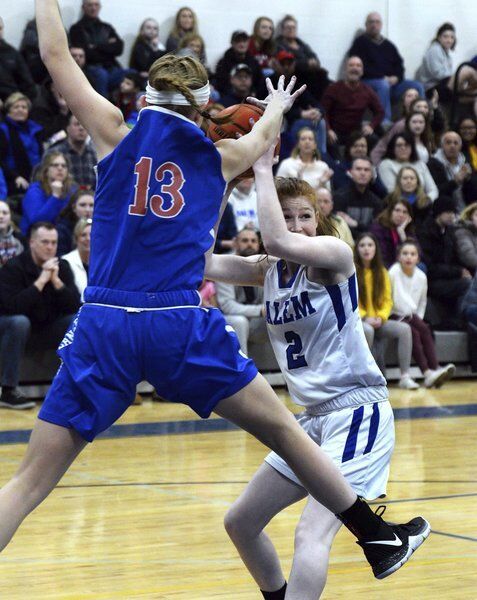 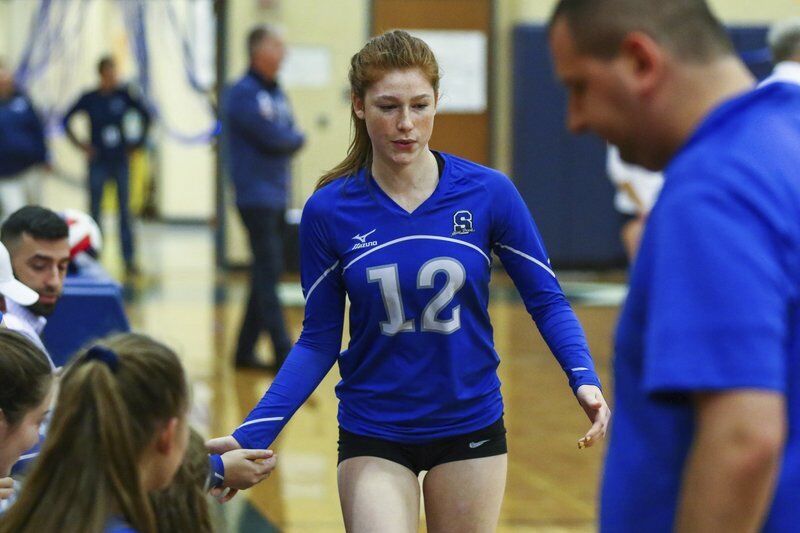 Courtesy Photo by Matt ParkerSalem's Sydney Emerson gets congratulated by her teammates in a volleyball match against Exeter. Although it's her third sport, Emerson always gives it her all. 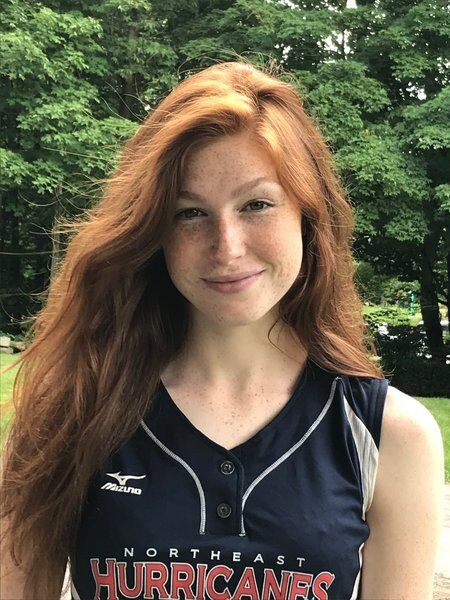 Courtesy PhotoSalem's Sydney Emerson is a fine infielder, but the outfield is where she is most at home.

MIKE SPRINGER/Staff photoSalem's Sydney Emerson hit .485 as an Eagle-Tribune All-Star as a sophomore.

Courtesy Photo by Matt ParkerSalem's Sydney Emerson gets congratulated by her teammates in a volleyball match against Exeter. Although it's her third sport, Emerson always gives it her all.

Rising senior Sydney Emerson had a little problem when she began her high school career as a freshman at Salem High School.

A standout softball player throughout middle school as well as a stalwart basketball player, Emerson also played field hockey. But, while she wasn’t keen on continuing in that sport, she wanted to remain a three-sport athlete.

“I just wasn’t into field hockey — I didn’t enjoy it that much,” she said. “But I always have played three sports — it’s all I’ve known. A lot of people encouraged me to play volleyball, so I tried it and loved it. It’s so much fun.”

And, says volleyball coach John Roemer, Emerson has been a great addition to his program.

“Sydney is one of those players you love to have in the gym,” said Roemer. “She comes to practice ready to compete and gives 100%. I know this is not her primary sport but she treats it that way when we are in season.  She has a fire to compete and wants everyone to want it like her.”

In past summers, Emerson would be playing some volleyball while focusing more on softball and basketball. Due to the coronavirus pandemic, things have changed.

“The last couple of years, we’d have the summer league (in basketball) and I would keep up with all my sports,” she said. “It’s a lot harder this year.”

Fortunately, Emerson has been able to play softball this summer, with the Northeast Hurricanes National Gold 18U team, trying to keep her skills sharp and build upon an outstanding sophomore season for the Blue Devils.

After hitting a solid .381 as a freshman while slugging six home runs as Salem’s second baseman, Emerson really stepped it up as a sophomore, hitting .458 with an impressive 32 hits as an Eagle-Tribune All-Star while playing a stellar centerfield, which is her position of choice.

“The outfield is definitely my position,” said Emerson, who played shortstop in middle school. “It’s kind of bizarre. I just love catching fly balls and diving for balls. I could take fly balls all day long.”

It’s that kind of work ethic and enthusiasm, as well as talent, that caught the attention of the Merrimack College softball program, to which she has made a verbal commitment.

With that commitment, Emerson did all she could to stay sharp during the worst of the coronavirus outbreak in New Hampshire, hitting as much as she could in a net in her backyard, hoping to have a solid summer and end her high school career next year on a high note.

“I want to have another good (batting) average and be an Eagle-Tribune All-Star again,” she said.

Before that, however, Emerson is really hopeful that she’ll remain a three-sport athlete.

“I’ve thought before about doing just one or two sports, to really focus on softball, but I can’t do it,” said Emerson. “I love the change of the seasons and being part of the different teams.”

When Sydney Emerson joins the Merrimack College softball team in the fall of 2021, she certainly won’t feel completely out of place. One of her teammates will be former Blue Devil Lexi LeFebre, who was a freshman this past year. Moreover, Emerson will finally get the chance to play for legendary coach Harold Sachs, who is Merrimack’s pitching coach. As a youngster, Emerson had always wanted to play for Sachs but he resigned prior to her freshman year at Salem.

“I always have played three sports — it’s all I’ve known. ... I love being part of the different teams.”