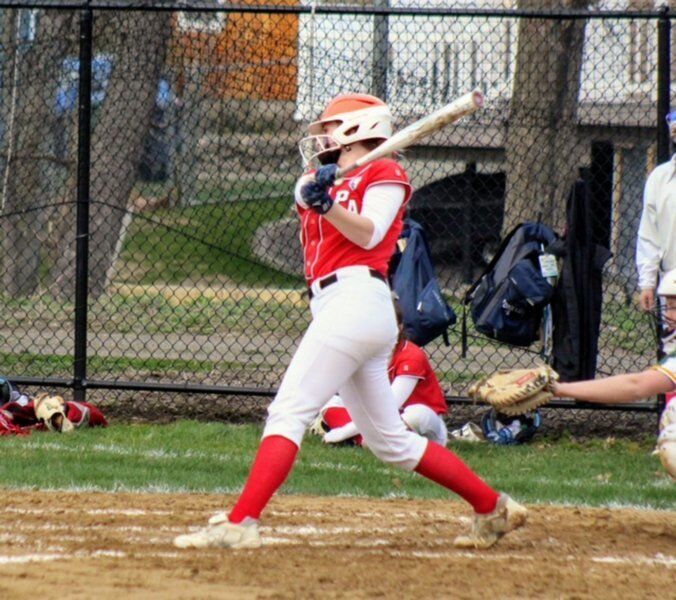 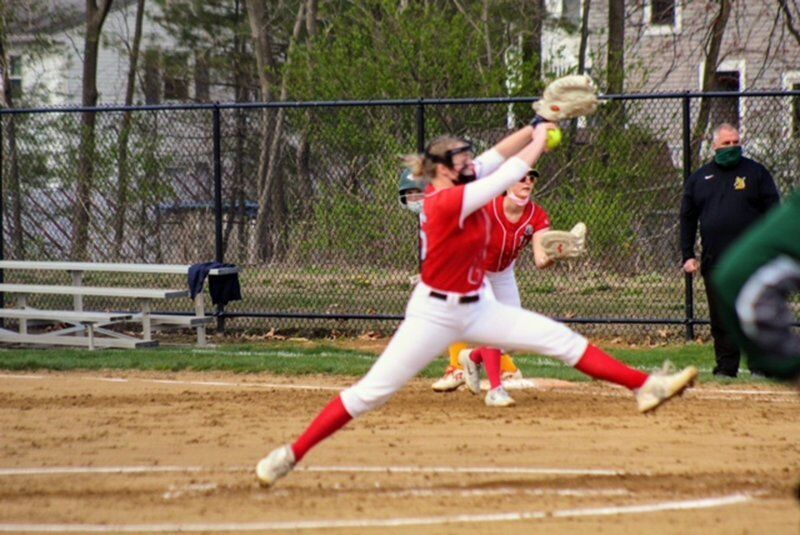 Courtesy photoPinkerton's Adi Runge, who is 3-1 on the season, has five different pitches to choose from. 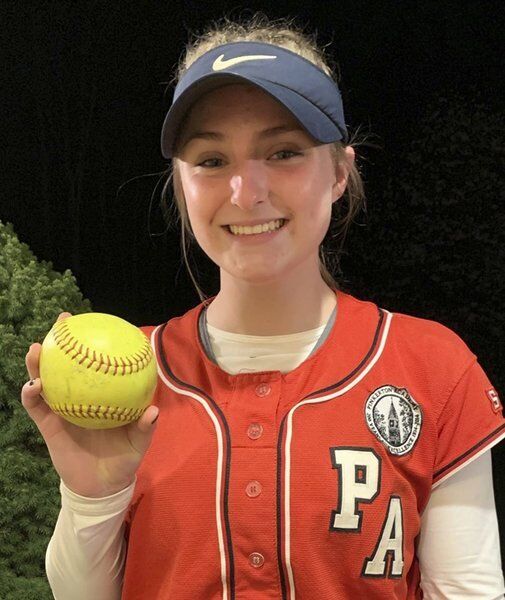 Courtesy photoPinkerton freshman Adi Runge shows the ball she hit for a home run on the first pitch she saw as a varsity player.

Courtesy photoPinkerton's Adi Runge, who is 3-1 on the season, has five different pitches to choose from.

Courtesy photoPinkerton freshman Adi Runge shows the ball she hit for a home run on the first pitch she saw as a varsity player.

With one swing, freshman Adi Runge fulfilled her goal as a rookie on the Pinkerton softball team.

In the very first game of the season, in her first at-bat, on the first pitch, she slugged a home run in Pinkerton’s 10-8 victory over Alvirne.

“It felt incredible,” said Runge. “As the only freshman on the varsity team, I knew I would have to make an impact from the start.

“The pitcher was throwing first-pitch strikes and I knew that if I was going to hit it, it would be on the first pitch. I barreled up and hit it over the center-field fence. “My teammates were very excited because that two-run homer made us tie up the game.”

And, all at once, Runge’s hopes for the season had already born fruit.

“I was hoping to just be a good addition to the team and help it win,” she said. “I’m pretty satisfied. We work well together and we’re all nice to each other.”

There has been nothing quite so dramatic since that auspicious debut, but Runge has certainly been a great addition to the team as one of the area’s top freshmen.

Primarily a pitcher, and one with five different pitches, Runge can also play the outfield and first base when not in the circle,

Runge is 3-1 after six games with 20 strikeouts in 20 innings and she’s hitting .461. She’s also a fine base runner with good speed and has four stolen bases.

First-year coach Tom Wall has been, to put it mildly, impressed.

“Adi isn’t a typical freshmen softball player,” said Wall, whose team is off to a 5-1 start. “Her work ethic is tireless, she has the knowledge of the game of a veteran high school senior. Her softball skills, mechanics and passion for the game are those of a player that has been playing softball for far more years then she has.”

Runge, who lives in Chester, does have a rather intensive softball background. She started playing seriously when she was 10 years-old. She plays for the Polar Crush in the offseason and she has taken pitching lessons from Lee Ann Gallant at Play Ball for the last four years.

Moreover, she comes from a baseball/softball family background. Older brothers Asa and Eli both played baseball at Pinkerton, with Asa graduating last year after a standout high school career and set to play pro ball in an independent league this summer. Her father was also a pitcher in high school.

And, if pitching requires both discipline and athleticism, Runge has both of them thanks to being a competitive dancer for the last 10 years.

Those traits should serve her well, both for the rest of this season and beyond.

“I definitely want to play softball in college,” said Runge. “I think I can do it.”

The early signs are certainly promising.

“Adi isn’t a typical freshmen. Her softball skills, mechanics and passion for the game are those of a player that has been playing softball for far more years then she has.”