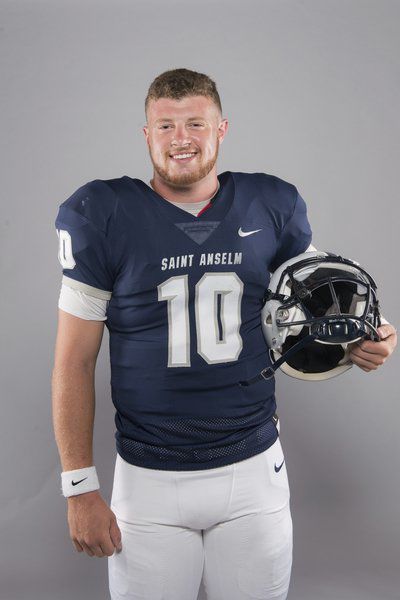 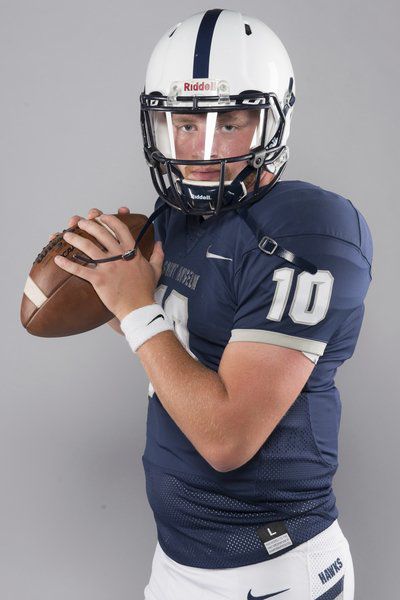 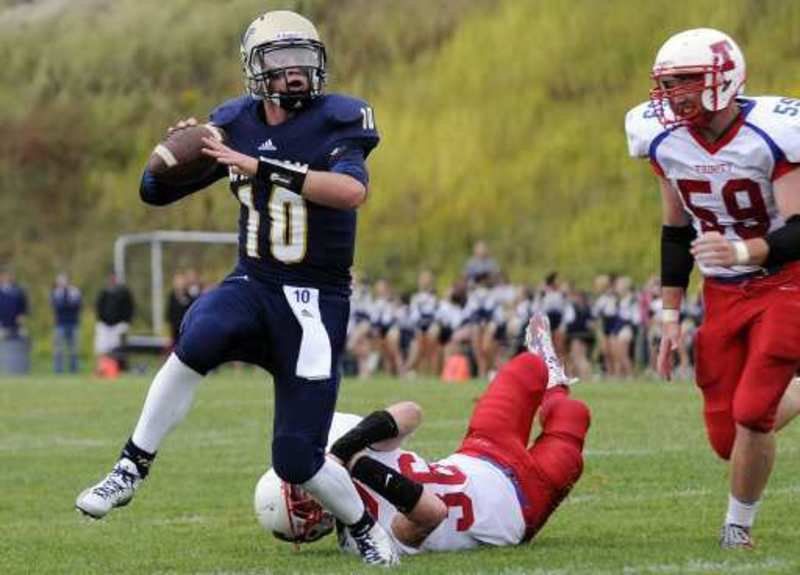 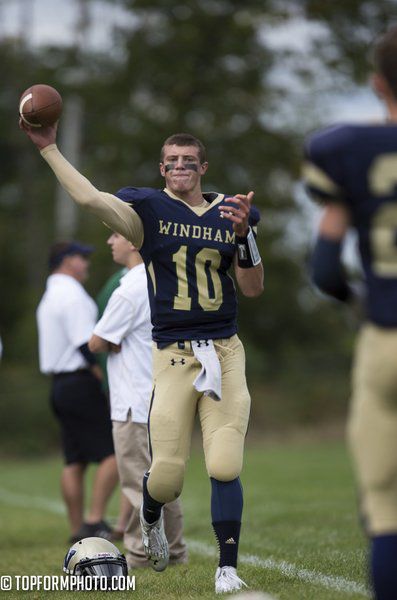 Photo provided by Scott Lagos TopFormPhoto.comBrendan McInnis led Windham to a state title in 2014. At just 22-years-old, he is now the QB coach for Plymouth State.

Photo provided by Scott Lagos TopFormPhoto.comBrendan McInnis led Windham to a state title in 2014. At just 22-years-old, he is now the QB coach for Plymouth State.

As the end of summer rolled around, Brendan McInnis expected to be back on the football field, wearing a helmet and shoulder pads.

With a year of eligibility left in his college career, the quarterback who led Windham to a Division 2 state title was looking for one last shot to star on the gridiron.

Little did McInnis know, his football career was about to take an unexpected — and thrilling — turn.

“I was about to keep playing,” said the 2014 Eagle-Tribune offensive MVP. “But when I got an offer to coach, which came out of nowhere, I couldn’t turn it down.”

Just 22-years-old, McInnis has been hired as the quarterbacks coach for Plymouth State University football.

“This is an amazing opportunity for me,” said McInnis. “There are coaches that wait 12 years to get their own group to coach. To have this opportunity so young, I’m blessed. I realized that it is football that truly drives me, and I was in the right place at the right time.”

McInnis officially kicked off his coaching career Friday, when Plymouth State opened its preseason. And his former coaches are fully confident the Panthers have found the right man to teach their QBs.

“Brendan was always a coach on the field,” said current Windham head coach Jack Byrne. “His creativity and knowledge of the game are outstanding. The players at PSU will love playing for Brendan because he will hold them to a high standard while treating them the right way.”

It wasn’t long ago that McInnis was still looking to play one final college season.

After a record-setting career at Windham — where as a senior in 2014 he threw for 1,586 yards and 23 touchdowns — McInnis was recruited to play at Merrimack College, where his father Dr. Kyle McInnis is dean of health sciences.

With one year of eligibility remaining, McInnis began exploring options.

“I talked to UNH about playing tight end or H-back for them,” McInnis said. “I talked to a bunch of Division 3 schools, but I couldn’t go play there as a graduate student. It was tough to decide what to do next.”

It was a return to Windham last fall, while at Saint Anselm, that sparked McInnis’ coaching journey.

“I went down to Windham for the game against Salem just to say hello,” McInnis remembered. “I ended up being handed an iPad and was coaching up (Eagle-Tribune All-Star Windham QB) Cody Potter. We made some halftime changes that helped (in the win). That was big. That lit a fire in me.”

That small step into coaching would prove to be a major moment in his future career.

“I had basically an unofficial internship with coach Perry at Brown,” said McInnis. “I shadowed him. I went down to spring practices and sat in the coaches office. I got a taste of coaching, and I realized it was something I really wanted to do.”

Then, while still exploring his playing options, a major opportunity presented itself.

“One of my coaches from Saint A’s contacted me and told me Plymouth State had an opening for a QB coach,” he said. “He said I would be perfect for the job. I put on a nice shirt and tie and went down with my resume and met with coach (Paul) Castonia.”

Castonia offered McInnis the job, and after some soul-searching, he accepted and began preparation for the 2019 season.

“It was a tough decision, because it meant hanging up my cleats,” said McInnis. “I talked to my dad, and he reminded me I was blessed to play football at the college level. I talked to my family and my girlfriend, then decided to become a coach.

“As a backup quarterback, I was always fighting to be second string and fighting for playing time. That gave me perspective. Playing QB is an exclusive fraternity. I think my experience will help these guys a lot.”

Game for the ages

In the 2014 Division 2 state title game, McInnis threw five touchdowns including two in the fourth quarter to rally the Jaguars to a 38-28 victory over St. Thomas. That closed out a perfect (11-0) season for Windham.

In two seasons as Jags starting QB, McInnis threw for 2,604 yards and 35 touchdowns, at the time eighth most in Eagle-Tribune area history.