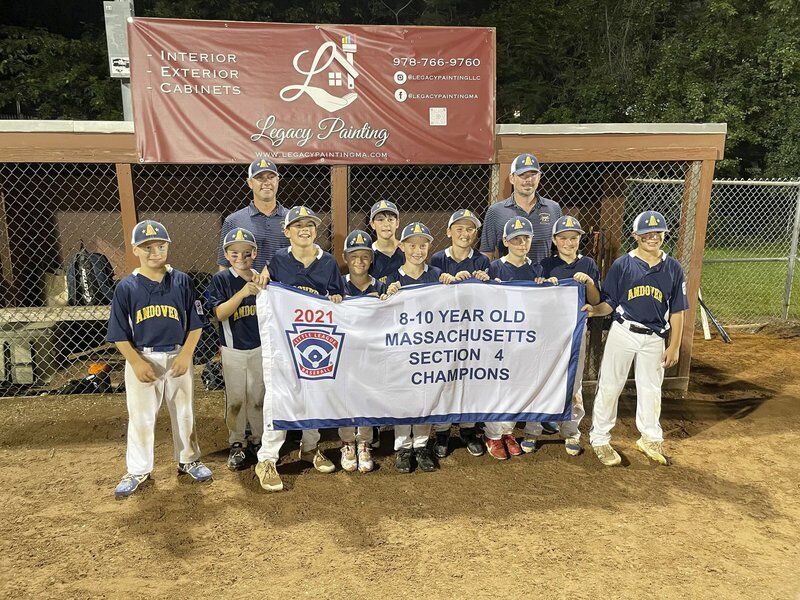 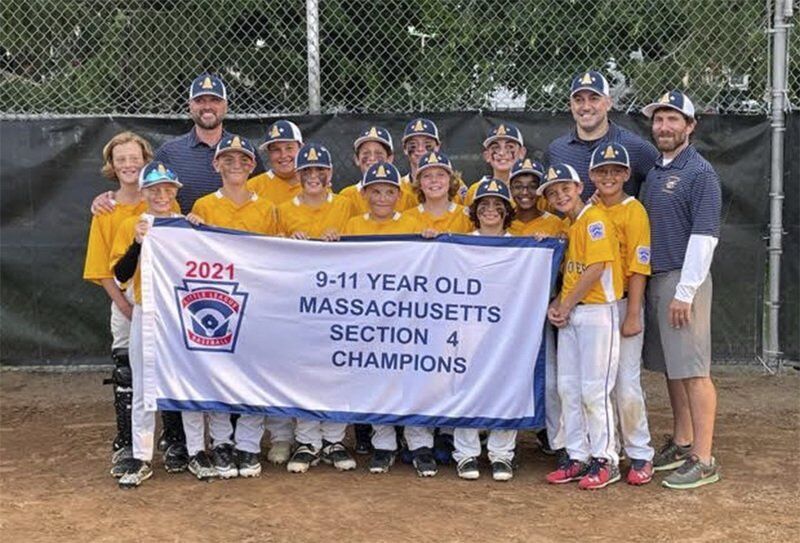 ANDOVER – When Andover Little League president Ryan Murphy got a call in April about hosting the Mass. State 10U and 11U Championship, it was a no-brainer.

“We believe we have a great complex, with three really nice fields,” said Murphy. “We have to give back and we really believe in promoting baseball.”

Well, Murphy & Co. will do one better, in fact two better.

They will also be hosting two Andover Little League All-Star teams, the 10U and 11U teams, both of which won their respective age groups at the Section tournament this past weekend.

Each Andover team is among four teams in their age division playing at the Deyermond Field complex at 14 Blanchard Street in Andover.

“This is very special, having two teams play for a state title and showcase our talent,” said Murphy. “I don’t know if people understand the commitment. It’s basically giving up most of your summer. But this makes it all worth it.”

For a while last week, it appeared both teams could be watching instead of playing this weekend.

The Andover U11 team lost one game early but came back to win out in the Section 4 tourney.

It beat Gloucester, 4-0, in the final to advance thanks to dominating pitching from starter Theo Del Greco (5.1 IP, 10Ks) and closer Evan Starr. Andover had 11 hits of its own, including key hits from Starr, Gideon Barnes, Aiden De Luca and Chance Zuccaro.

The Andover 10U team’s journey was equally stressful, losing 8-0 in the last inning of a game against Danvers before scoring 14 runs to clinch a spot in the finals, which it won.

In the championship game, Andover romped past Reading, 7-1, with Jake Shea throwing 5.1 innings of shutout ball with seven strikeouts. Noah Caruso (SS), who starred defensively, Jack Ilsley (2B), and PJ Kavka (C) each led the team with two hits.

Also aiding the cause in the title game was Drew Barcelo (LF), Brody Evans (CF), Jake Shea (P), Logan Sullivan (RF), and Deacon Wood (1B, P) all with one hit.

“We expect a lot of energy down at the fields,” said president Murphy. “This is a big deal for Andover and the area. We have everything fans will want, including pizza, hot dogs, Gatorades, water and, of course, great baseball.”