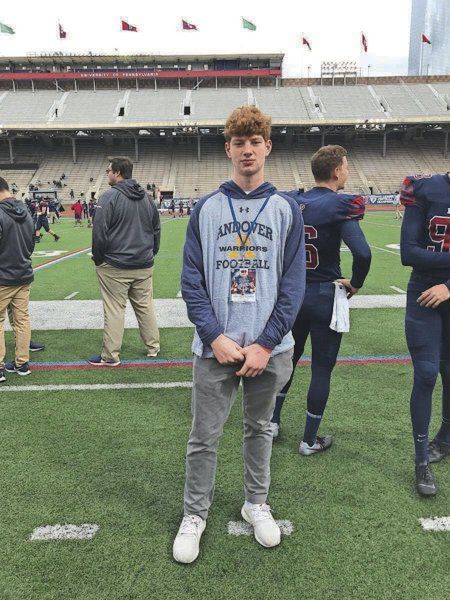 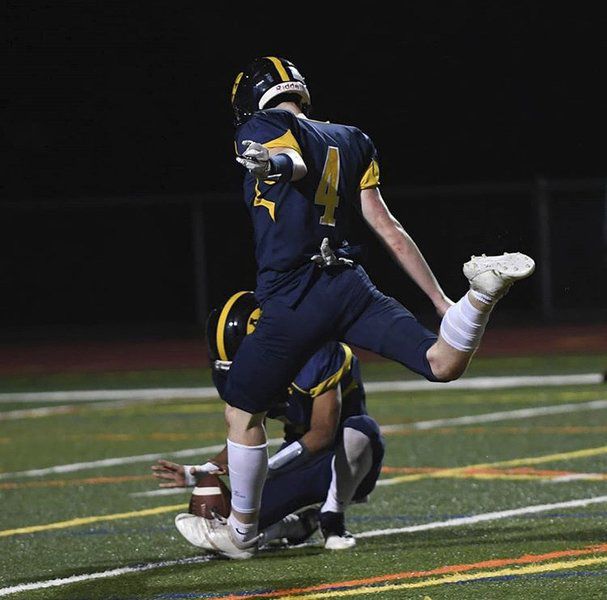 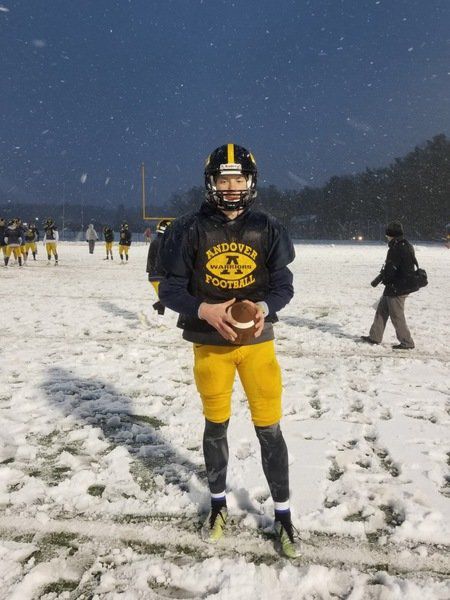 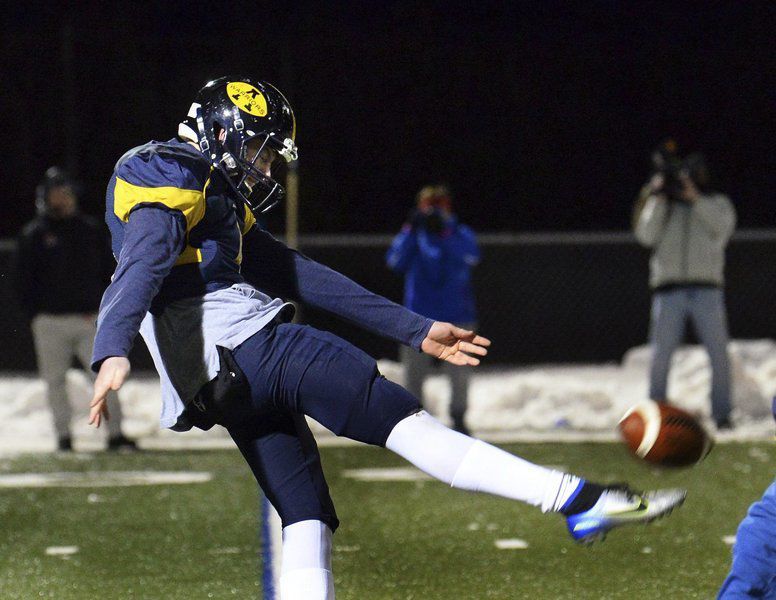 ANDOVER — Shamus Florio admits that being a kicker, at times, can be a solitary existence.

“It’s a lot of work by yourself, kicking balls on the turf,” he said. “It’s a lot of technique work, making sure every single step is right. You have to take your form little bits at a time.”

All that dedicated work is certainly paying off for the dynamic place kicker and punter.

Heading into his senior season at Andover High, Florio has officially committed to continue his football career at iconic Yale University.

“It’s a dream come true to be going to Yale,” said Florio of the Division 1-AA program. “Yale is a legendary football program, and a place where I can grow both as a student and as a football player. It felt like home right away.”

In two seasons as Andover High’s kicker, Florio has booted 12 field goals — including a 43-yard boom last fall — is a stellar 45 of 49 on extra points and averaged 43.4 yards per kickoff and 35.5 yards per punt.

“Shamus is an exceptional football player,” said Andover head coach E.J. Perry. “We’ve had some great kickers, but Shamus is special. He can punt, kick it into the end zone regularly on kickoffs and he has made seven field goals over 40 yards in his career. That’s unheard of in high school.”

Like so many elite kickers, Florio spent much of his youth playing soccer. When he was finally allowed to play football in the eighth grade, however, kicking wasn’t in his plans.

“I didn’t think I was going to be a kicker when I started in football,” he said. “But my team had an open tryout and I did well. It was mostly just kickoffs and extra points.

“I didn’t start taking kicking seriously until freshman year. Every day at varsity practice, I was able to compete against two seniors. I did well, and it was really eye-opening.”

Florio won the kicking job for Andover as a sophomore, and soon showed a special foot. In the Golden Warriors’ third game of the season, Florio blasted a 42-yard field goal in a victory over Lawrence High.

“To kicked a 42-yard field goal was amazing,” he remembered. “To see everyone on the sidelines and in the stands going crazy was so exciting. It gave me a lot of confidence.”

“What a lot of schools liked about Shamus was that he’s a football player, not just a kicker,” said Perry. “He reminds me of (Patriots and NFL legend) Adam Vinatieri, who also played linebacker in high school.”

He attended camps at Boston College, Bryant University and various Ivy League schools. Both Brown University and Merrimack College offered Florio, but when he visited Yale, he was in love.

“I went down for a junior day in the spring,” said Florio, a high honor student who took Advanced Placement environmental science and language composition last year.

“I toured the facilities and the coaches were amazing. I knew I didn’t want to go anywhere else. So I just decided to commit. It’s been my goal since the eighth grade to play Division 1 college football and get an amazing education. It all worked out.”

Florio next hopes for a big senior season for Andover.

“Our first goal is to make the playoffs, because it hurt not to make it last year,” he said. “Coach Perry has scheduled us in a lot of offseason activities, and we are feeling very strong. Hopefully we carry that into the fall and have a deep postseason run.”

When Shamus Florio joins Yale for the 2020 season, he will be the latest former Andover High football standout at a top academic school.

One example is Ethan Coyle, a 2019 Andover graduate, who is heading into his freshman year at Yale. His classmate, Nick Zalanskas, will play football at Trinity. Max Beati is entering his sophomore season as an offensive lineman at Brown.

Andover’s Shamus Florio has committed to play football at Yale. But the gridiron isn’t the Andover High senior-to-be’s only love.

Florio was an All-MVC pick for the Golden Warrior lacrosse team as a midfielder in the spring, scoring 24 goals. He is also a key player off the bench for the basketball team.

“I’ve been playing lacrosse since kindergarten,” said Florio. “And I love basketball. I love playing for coach Faz (Dave Fazio). It has taught me a lot of lessons.”