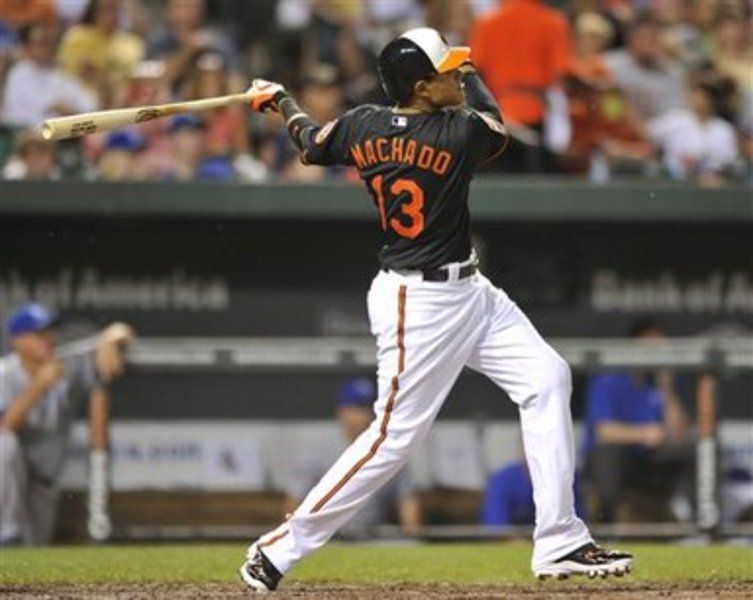 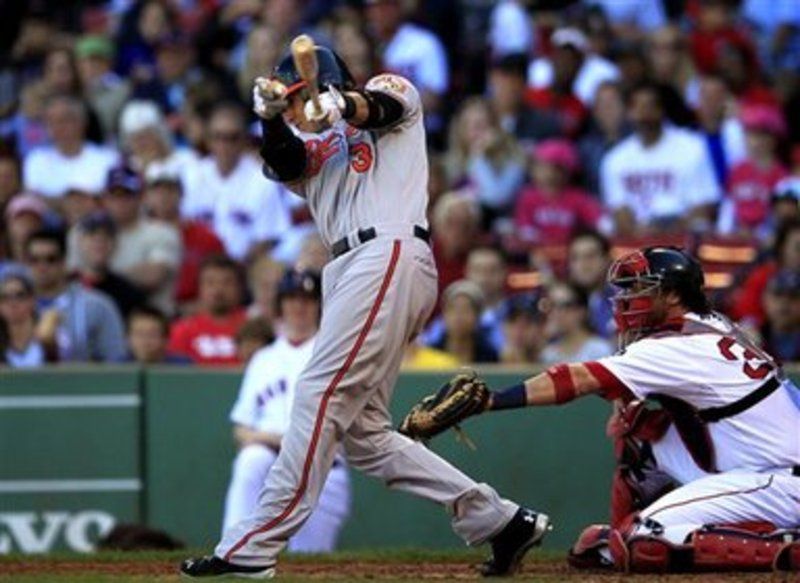 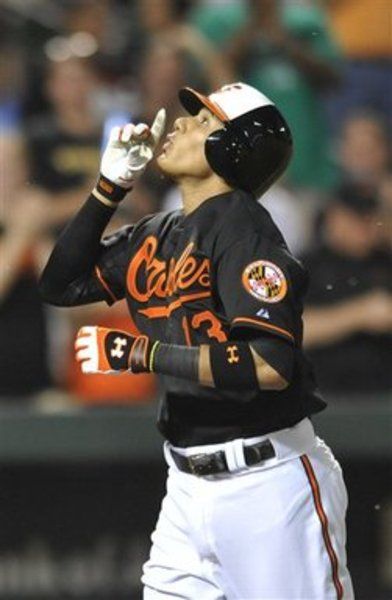 Baltimore 20-year-old third baseman Manny Machado is learning a new position with his team in the midst of a heated AL East race with New York.

Baltimore 20-year-old third baseman Manny Machado is learning a new position with his team in the midst of a heated AL East race with New York.

Just a couple of months ago, Manny Machado was the shortstop for Double-A Bowie of the Eastern League and watching a Washington Nationals game with some teammates and coaches on television.

Nats 19-year-old phenom Bryce Harper stepped to the plate and hit a blooper just beyond the infield. Harper rounded first and flew into second base with a double.

“Did you just see that hustle?” one of Machado’s coaches asked, stressing that is the way to play baseball.

Flash forward to today. Machado now is another hustling, hard-working youngster like Harper in the midst of an intense major league playoff race.

At just 20 years old, Machado is the starting third baseman for the very exciting and young Baltimore Orioles, who after 14 straight losing seasons are battling the New York Yankees for first place in the AL East.

You have to love that attitude. This talented young man — like Harper — knows what it is all about, has shown great baseball instincts and loves the game.

You definitely should get to know Machado. You’ll be seeing a lot of him in the years to come with him playing in the same division as your Boston Red Sox.

Machado was drafted third overall in 2010, the year Harper was selected first overall. Entering yesterday, he was batting .262 with four homers, 20 RBIs, seven doubles and three triples in 43 games (168 at-bats) for Baltimore.

This whole year, I’ve been amazed at how well Harper and AL MVP candidate Mike Trout, the Angels center fielder who just turned 21 on Aug. 7, have played at such a young age. And I’ve certainly have been impressed with their work ethic, baseball instincts and all-out hustle.

Add Machado and a few other youngsters to that list here late in the season.

Attention Red Sox fans: There definitely is good reason to keep watching baseball this season even though your hapless team has been eliminated.

Not only are there some great divisional and wild card races happening but there but several teams in playoff races right now have a player (or players) 22 years old or under who are contributing.

The Orioles have both Machado and 19-year-old pitcher Dylan Bundy who was in high school last year.

Machado made his major league debut Aug. 9. Bundy made his Sunday at Fenway Park.

“For me, we have a young team,” Machado said about adjusting to the big leagues on the fly. “I did spring training with them and it was awesome. It was great for me to go to spring training and be around these guys and see how they act. And to get called-up and to be a part of a playoff race and be a part of this team, it’s just great.”

Machado has known Harper since 2009. The two played together on the USA Baseball 18U National Team.

“Harper, to see him play in the big leagues this year and get called up in April, I was excited for him,” Machado said. “He’s got (19) home runs and he’s doing great. To see that, it’s a good feeling because it gives us younger guys confidence.”

To jump from Double-A to the majors like Machado did is rather remarkable. Added to that, he had to learn a new position.

A minor league shortstop, he played just two games at third base for Bowie before his promotion to Baltimore.

“I think I’ve done pretty well adjusting to pitchers and adjusting to playing a new position,” Machado said. “I just think I’d like to do a little better and be more consistent with everything I do. I work on (defense) every day. I try to have fun with it.”

One of Baltimore manager Buck Showalter’s most crucial message to Machado since early August: Just relax and don’t try to overdo things.

“We have a great group of guys and everyone has one goal and that’s to win,” Machado said. “We’re all just relaxed and focused. We don’t put too much pressure on ourselves that we need to do something. We just go out there and have fun and when we’re down, we just keep fighting until the last out of the game.

“I’m just learning from all this,” he added. “Especially with us in a playoff race, it’s great experience for me.”

Mike Trout: The Angels center fielder just turned 21 on Aug. 7 and entered yesterday with 28 homers, 46 steals and a .323 average.

Avisail Garcia: This 21-year-old Detroit Tigers outfielder is receiving more and more playing time of late. The outfielder entered yesterday hitting .382 in 17 games (34 at-bats) since his call-up in late August.

Jurickson Profar: The 19-year-old September call-up from the Texas Rangers had received 17 at-bats entering yesterday and is hitting just .176. But he is a very impressive player with a bright future.

Shelby Miller/Trevor Rosenthal: Miller, 21, and Rosenthal, 22, both are contributing fine work in the Cardinals bullpen down the stretch.