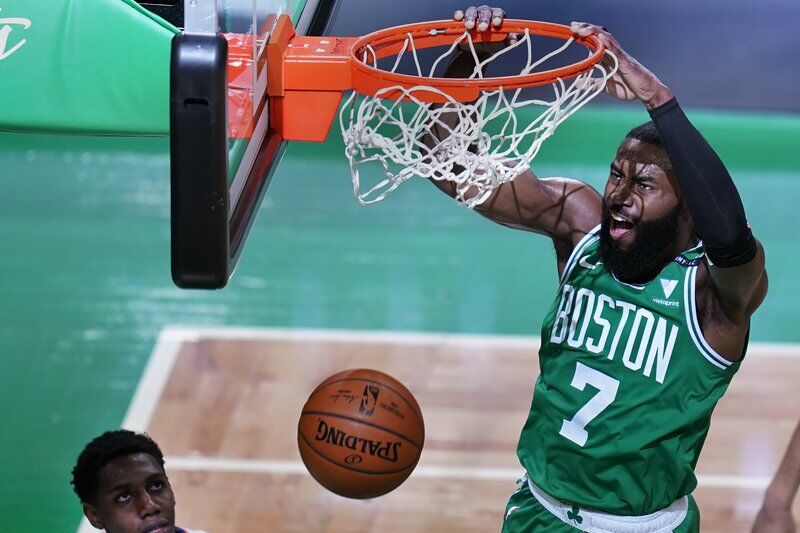 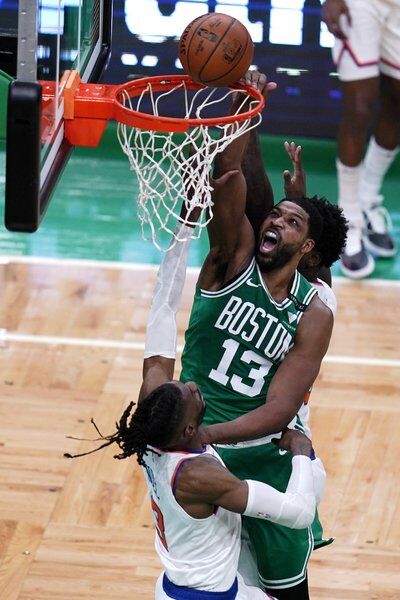 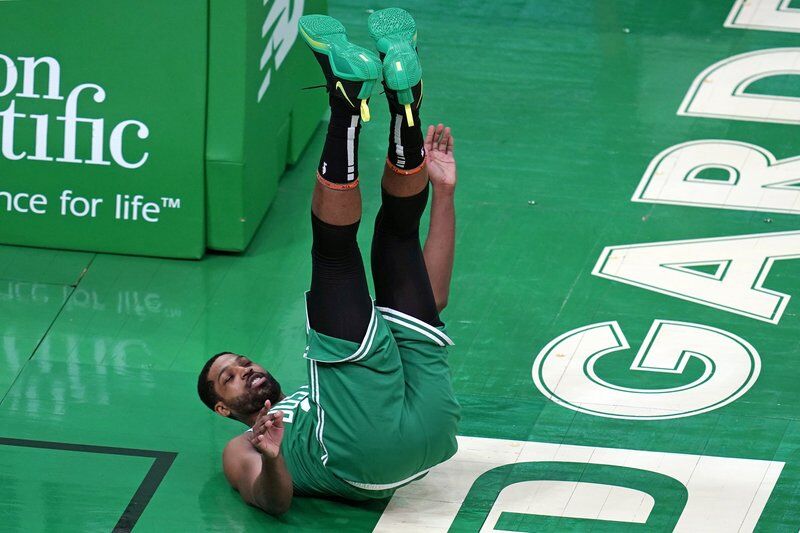 AP Photo/Charles KrupaBoston Celtics center Tristan Thompson is upended after a block by New York Knicks center Nerlens Noel during the first half.

AP Photo/Charles KrupaBoston Celtics center Tristan Thompson is upended after a block by New York Knicks center Nerlens Noel during the first half.

BOSTON (AP) — Jaylen Brown had 32 points and 10 rebounds, and the Boston Celtics rallied in the fourth quarter to beat the New York Knicks 101-99 on Wednesday night.

Jayson Tatum committed eight turnovers but finished with 25 points and 10 rebounds. Marcus Smart added 17 points, 14 in the fourth quarter, and nine assists for the Celtics, who have won three of four.

Tristan Thompson had seven points, eight rebounds and three blocks in his return after missing 12 games due to the league's health and safety protocols.

RJ Barrett scored 29 points and Julius Randle added 22 points and nine rebounds for the Knicks, who have dropped two straight.

New York and Boston entered the day tied for seventh place in the Eastern Conference playoff race. The game was tight throughout, featuring eight ties and 17 lead changes.

The Celtics trailed by seven early in the fourth quarter before using a 7-0 run to edge in front 87-85.

It was 91-88 when Tatum had a pass intercepted, leading to a dunk on the other end by Randle.

Smart missed a 3 and New York looked to take the lead, but Barrett had his pass picked off by Grant Williams, leading to a layup by Brown that made it 93-90 with 1:02 remaining.

Barrett tied it with a 3-pointer and Smart answered with a 3 of his own. Alec Burks came up short on step-back 3, and the Celtics closed it out from the free-throw line.

Thompson brought some toughness to the rotation by keeping plays alive, attacking the paint and getting to the foul line early. He had seven points, five rebounds and a block in 11 minutes of action in the first half.

Turnovers were an issue for the Boston for the second straight game. The Celtics turned it over 20 times, leading to 21 New York points.

Barrett was the most active for the Knicks at the outset, hitting all three of his attempts beyond the arc and scoring 16 points in the first half.

Celtics: Led 47-46 at the half. … Started 2-for-10 from the field. … Romeo Langford made his first start of the season and the third of his career. … Kemba Walker (left knee injury management) and Evan Fournier (health and safety protocols) both sat out.