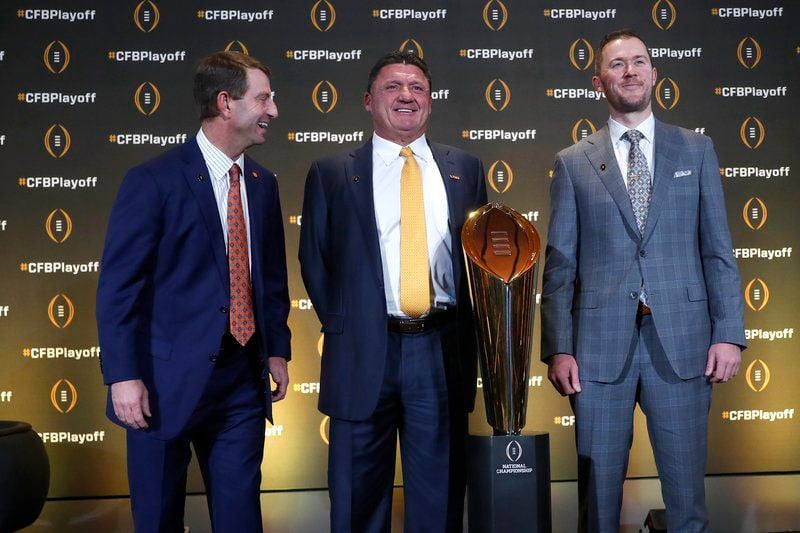 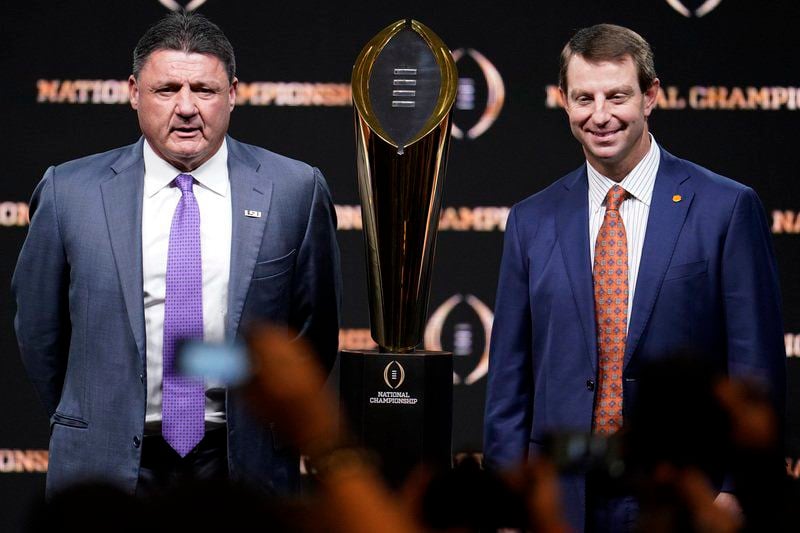 The playoff format was created to give more teams a chance to win the national title, but in reality it has highlighted how few programs can even dream of doing so.

Playoff expansion is regularly brought up as a way to level the playing field. Even though four teams often seem like more than enough, the current playoff structure exacerbates the imbalance that limits the sport’s growth.

The biggest impediment to parity in college football is talent distribution. Demographics, culture and population shifts have created a massive disparity that heavily favors southern schools. When it comes to recruiting, each year the rich just get richer.

Playoff expansion would allow every team — though some more legitimately than others — to tell recruits: “Come here and you can play in the playoff.”

“I think that would help encourage more popularity (of the playoff), because during the regular season the importance of being a conference champion is actually increased,” Neinas said.

This year the list of elite teams included LSU, Clemson and Ohio State. Oklahoma made the final four, but was clearly not in that class. The Tigers from the Southeastern Conference and the Tigers from the Atlantic Coast Conference met Monday night at the Superdome in the sixth edition of College Football Playoff championship game.

It was the fifth straight season the title game matched two teams from the Southeast. Include the Bowl Championship Series days, and seven of the last nine national championship games have featured only teams from the Deep South.

Back in December, Pac-12 Commissioner Larry Scott said the conference being left out of the playoff four times in six years was “harmful” to its image and brand. If elite players believe playing in the Pac-12 decreases their chances of reaching the playoff, then fewer elite players will play in the Pac-12.

Not everyone sees Southern dominance as a potential problem for college football.

ESPN’s Rece Davis said the very best teams in college football now have a long reach when it comes to recruiting the bluest of blue-chippers.

“I think what’s happening is that the sport is becoming more national, but it’s doing so with brands that are regional only because they have state names attached to them,” Davis said. “But Alabama is a national brand. LSU is going to become that. I think Clemson has become that.”

Ohio State is in that class, the one school above the Mason-Dixon line consistently recruiting at that level. Georgia has moved toward that class while not being able to get past SEC West powers Alabama and LSU.

Media, both traditional and social, allows all schools to put their brands in front of players who live outside their traditional, regional recruiting territory.

That should give some hope to fans of Oklahoma, Michigan, Notre Dame, Nebraska and other programs that once routinely contended for national titles.

There are other obstacles, and all roads seem to lead back to recruiting.

Joe Klatt, a former quarterback at the University of Colorado and currently a Fox analyst, said college football has structural issues that work against competitive balance.

“We operate as college football and we try to crown a champion of college football. And yet we have leagues operating in very different ways,” Klatt said. “I’m not saying that one is wrong and another is right. ... I’m just saying that overarching I don’t think that is healthy for the sport.”

Tweaking those rules could help balance the scales a bit. As could the NCAA allowing players to earn money from their names, images and likenesses, Klatt suggested.

The growing divide is not just between conferences — the gap is widening within leagues, too. The very best teams have separated from the rest — whether its Clemson in the ACC, Ohio State in the Big Ten or Oklahoma in the Big 12. Throw in Alabama, and those four schools have nabbed 17 of the 24 playoff bids over the first six years of the system.

The more radical idea of decreasing the scholarship limit in football from 85 to maybe 80 or 75 has also been floated as an option to keep teams from stockpiling talent.

Playoff expansion seems inevitable, though unlikely until after the 2025 season when the media rights contract with ESPN expires. And change is likely coming to rules regarding compensation for name, image and likeness, but, again, it will take a while.

For now, major college football will remain a sport where a small upperclass competes for the national championship and the rest relish the consolation prizes.