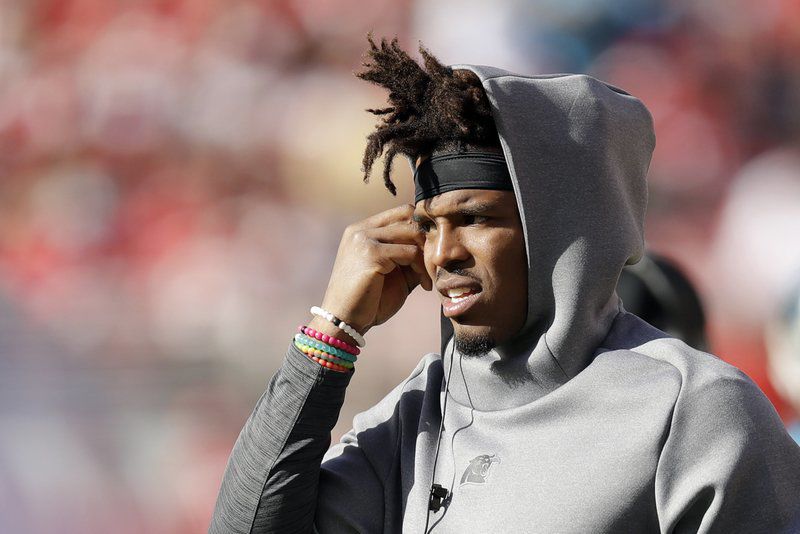 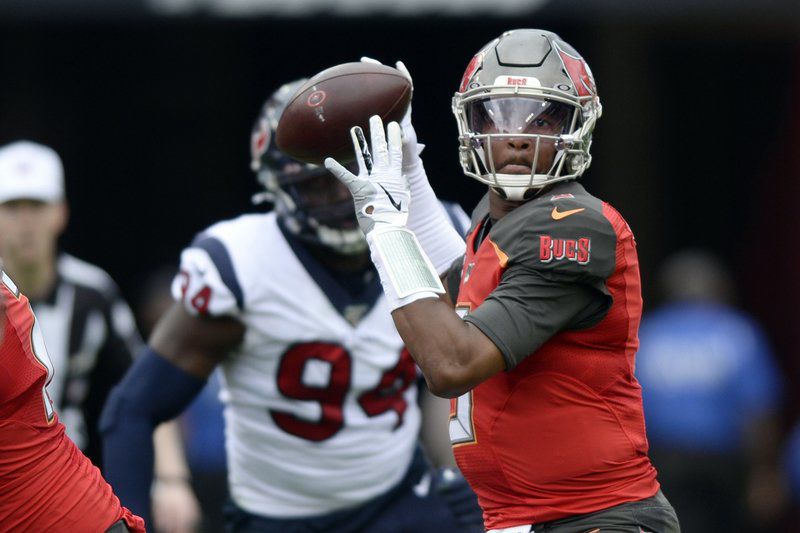 AP Photo/Jason Behnken, FileJameis Winston led the league in passing yards and interceptions last season, and is still looking for a new place to play in 2020 after being replaced in Tampa Bay by Tom Brady.

AP Photo/Jason Behnken, FileJameis Winston led the league in passing yards and interceptions last season, and is still looking for a new place to play in 2020 after being replaced in Tampa Bay by Tom Brady.

Jameis Winston, Cam Newton and Jadeveon Clowney didn’t have to wait long to find homes in the NFL when they came out of college.

They were No. 1 overall draft picks.

Now they are finding things moving slower as they search for new homes or contracts this offseason.

Winston, the top pick in the 2015 draft, has been supplanted as starting quarterback in Tampa Bay by Tom Brady and is in danger of being on the wrong end of the NFL’s version of quarterback musical chairs.

Clowney, who was the No. 1 pick the year before Winston, hasn’t been able to find the megacontract he hoped for in the opening days of free agency and might eventually have to settle for a more reasonable contract either to remain in Seattle or sign someplace else.

Newton, who went first in 2011, isn’t quite on the open market yet but is having an acrimonious breakup in Carolina. The Panthers are signing a replacement in Teddy Bridgewater and giving Newton permission to pursue a trade even though he said he never wanted to leave.

With no trade partners willing to jump for a quarterback coming off a season-ending foot injury, Newton might ultimately just get released and join a list of many players still seeking a new home.

It’s a development that happens each year with players like 2019 sacks leader Shaq Barrett, defensive end Robert Quinn and tight end Jared Cook among the players last season who made a big impact despite remaining unsigned in the opening week of free agency.

The process could be slightly more complicated this year with players unable to meet in person with teams or take physicals with team doctors because of restrictions put in place in response to the new coronavirus pandemic.

That could be especially problematic for Newton, who must prove he’s recovered from foot surgery that forced him to miss the final 14 games last season.

With only a handful of teams still looking for a starting quarterback in free agency, there are few obvious options for either Newton or Winston.

Winston is the first player since the merger to lead the NFL in yards passing one season and change teams the next. But along with the 5,109 yards passing for Winston last season came a league-worst 30 interceptions.

That and the availability of a six-time Super Bowl champion like Brady led to the Bucs making a change.

Clowney wasn’t nearly as prolific last season with only three sacks, contributing to his difficulty finding the type of contract he wants.

The market at receiver where Anderson and Perriman are the top available targets has been hampered by the fact that two of the league’s top receivers were traded, with DeAndre Hopkins going from Houston to Arizona and Stefon Diggs being dealt from Minnesota to Buffalo.

Then with a draft so rich in receiving talent that a half-dozen more wideouts could be taken in the first round and several others projected as day two picks, many teams are more likely to opt for cheaper rookies than spending money on veterans.

On defense, many teams have already made big moves with Indianapolis acquiring DeForest Buckner in a trade from San Francisco and giving him an $84 million contract, the Niners signing Arik Armstead to a five-year $85 million to stay off the market, Miami handing cornerback Byron Jones a five-year, $82.5 million deal, and Darius Slay getting a three-year, $50 million deal after being dealt from Detroit to Philadelphia.