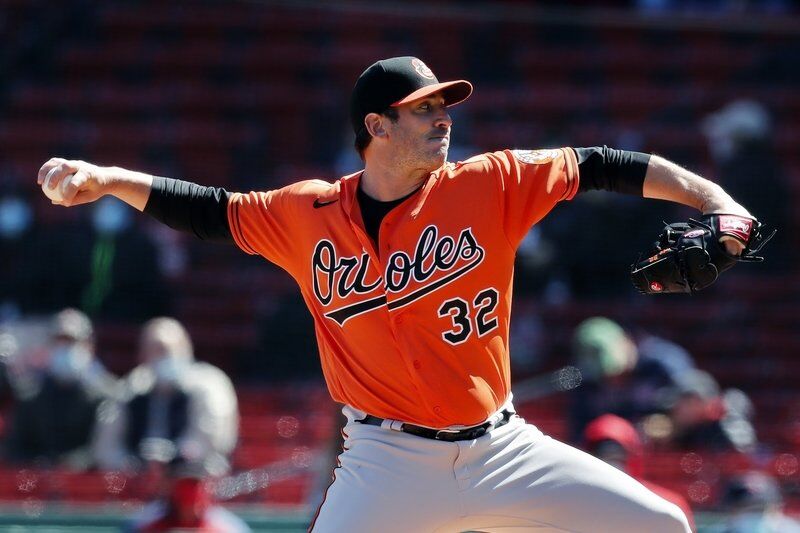 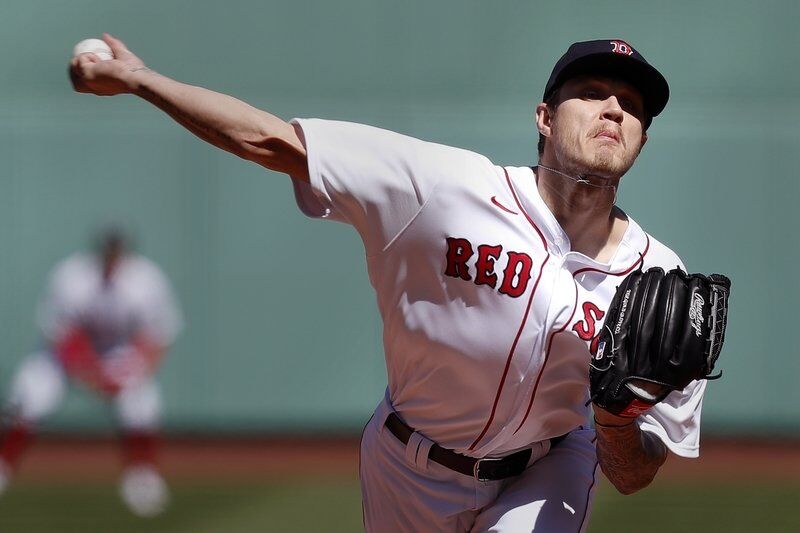 AP Photo/Michael DwyerBoston Red Sox's Tanner Houck delivers a pitch against the Orioles. He pitched well but defense let him down. 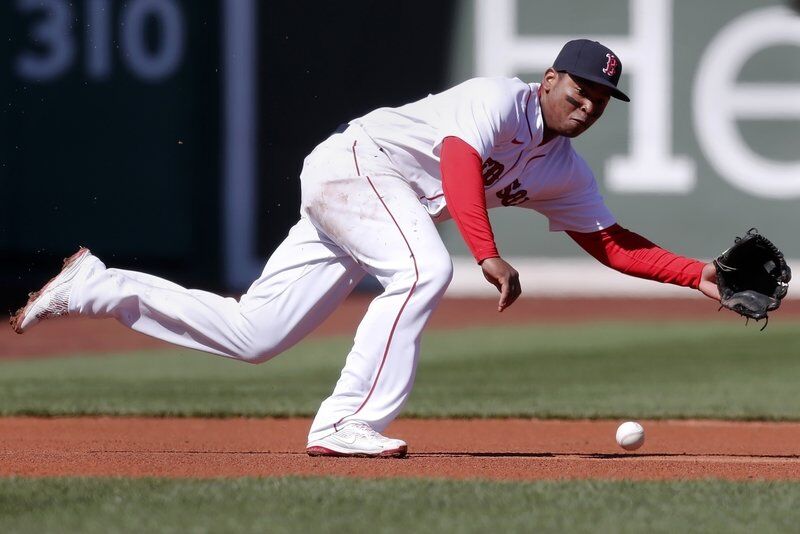 AP Photo/Michael DwyerBoston Red Sox's Tanner Houck delivers a pitch against the Orioles. He pitched well but defense let him down.

BOSTON (AP) — Maikel Franco drove in two runs after another Boston error, Pedro Severino had his second two-hit game in a row and Matt Harvey made his Orioles debut on Saturday in Baltimore's 4-2 victory over the Red Sox.

Franco's single came after Red Sox third baseman Rafael Devers made a diving stop on Austin Hays' grounder but sailed the throw to second. The Orioles also took advantage of a Boston error for a two-run inning in Friday's opener, a 3-0 win.

Harvey missed his chance at the win when he was pulled with two outs in the fifth after giving up two singles and a walk in the inning. A 2013 All-Star, the former New York Met bounced from the Reds to the Angels and Royals without much success before signing a minor league deal with Baltimore this winter.

In all, he was charged with two runs, six hits and a walk while striking out four.

“I would have loved to get him through five,” Orioles manager Brandon Hyde said. “I was so impressed with Matt. I thought he had really good stuff. He showed the competitor that he is. Throwing strikes, worked ahead in the count, kept guys off balance, a really good first start for him.”

Harvey, who is from Connecticut, rattled off more than a dozen friends and relatives who were at the game to see him pitch at Fenway Park for the first time in his career, including his parents.

“I came to a lot of games when I was younger. It was a special place. It being my first and being part of a win is more special,” he said. “Kicking myself to not get out of that fifth and deeper in the game. But overall it was a solid first start and I’ll try to build off that.”

Red Sox rookie Tanner Houck (0-1) struck out eight in five innings, allowing three runs — two earned — on six hits and a walk. J.D. Martinez had three hits, including a double in the first inning when Hays lost his fly ball in the sun and an RBI single that bounced off Harvey's thigh.

It was scoreless in the fourth when Rio Ruiz drew a two-out walk, then Hays hit a sharp grounder that Devers gloved with a diving stop. But he threw the ball into right field; a passed ball moved Hays to second, then Franco singled them both home.

After being shutout in the opener for the first time since 1976, the Red Sox managed to score — on Marwin Gonzalez's sacrifice fly in the fourth and Martinez's single in the fifth.