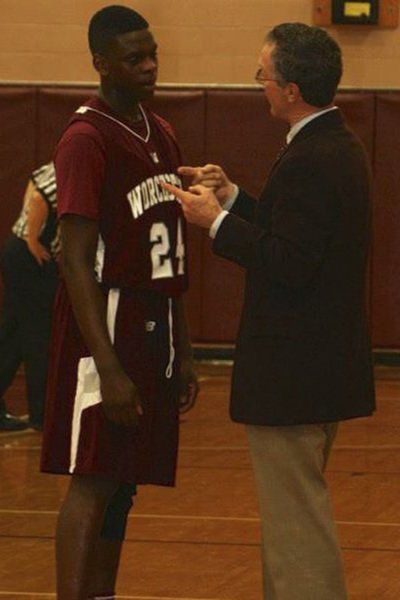 Courtesy photo: Guard Saul Phiri of Haverhill gets a pointer from his Worcester Academy coach. 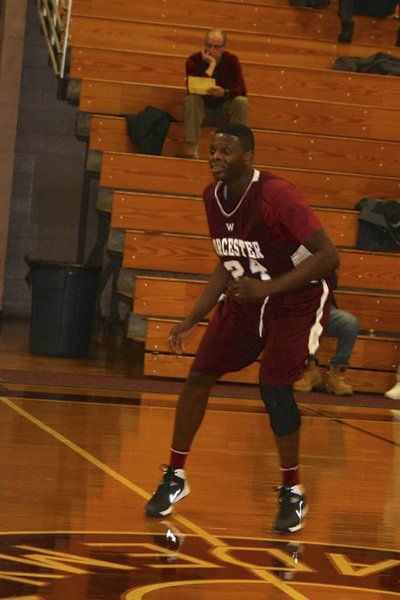 Courtesy photo: Junior Saul Phiri of Haverhill digs in on defense for Worcester Academy. His coach says the 6-4 guard can cover anyone but centers. 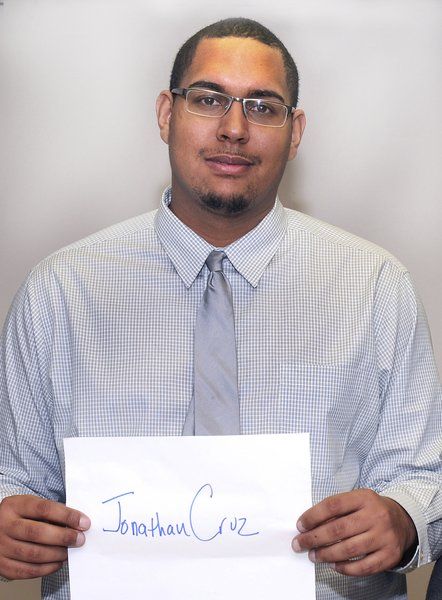 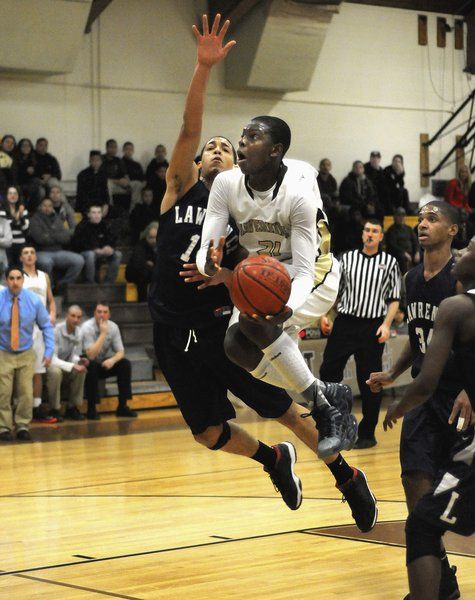 CARL RUSSO/Staff photo. Even as a freshman, Saul Phiri was an acrobatic scorer, as he shows with this hoop over some tough defense from Lawrence's Johnathan Paulino. 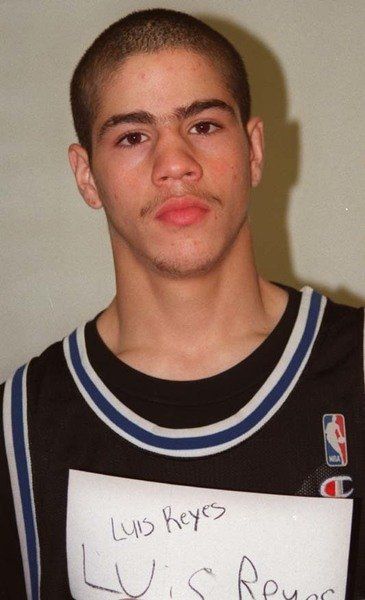 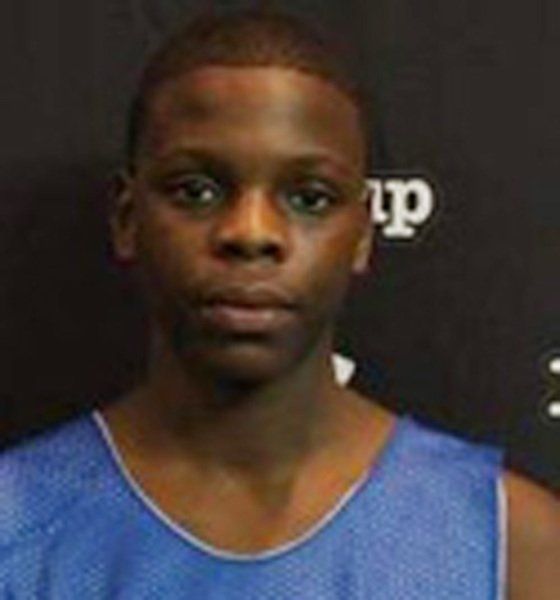 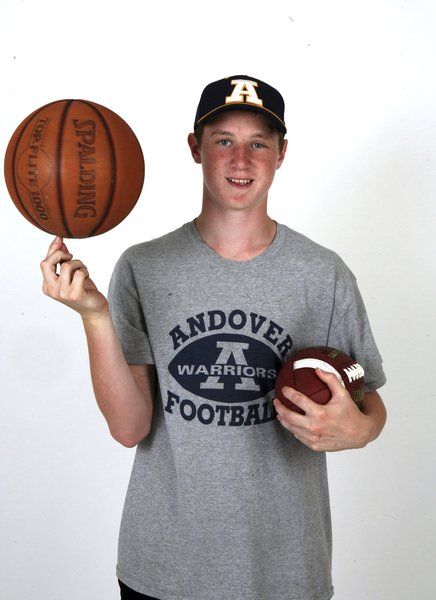 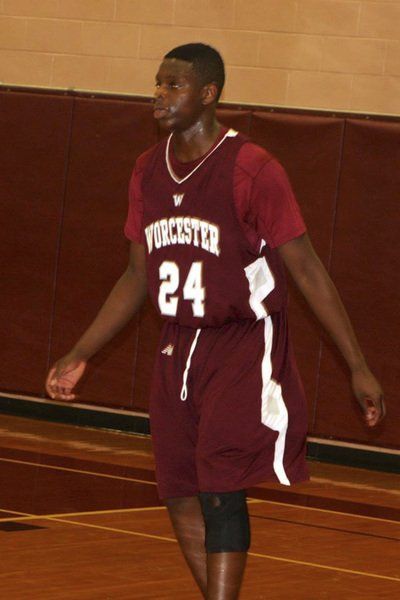 Courtesy photo: Guard Saul Phiri of Haverhill gets a pointer from his Worcester Academy coach.

Courtesy photo: Junior Saul Phiri of Haverhill digs in on defense for Worcester Academy. His coach says the 6-4 guard can cover anyone but centers.

CARL RUSSO/Staff photo. Even as a freshman, Saul Phiri was an acrobatic scorer, as he shows with this hoop over some tough defense from Lawrence's Johnathan Paulino.

There was a rumor that Saul Phiri might transfer back to Haverhill High.

Sadly for the Hillies and area basketball fans, Phiri said don’t believe everything you hear.

“No, I’m not going back. Worcester Academy is a pretty good fit for me,” he said.

As if to show area fans what they are missing, he lit up Phillips Andover Friday in an unforgettable homecoming. He exploded for a career-high 37 points and was 6 of 10 from deep.

Phiri was good enough to be an Eagle-Tribune All-Star as a freshman at Haverhill and he has continued to improve in his two years at Worcester Academy.

“It took me awhile to get adjusted,” he said. “As the year went on last year, I got used to it.”

The Phillips game was one of several spectacular Phiri performances this year for the 12-4 Hilltoppers. He had eight 3-pointers and 34 points vs. the Masters School.

“They started out in a zone,” recalled Phiri. “The first or second play, I shot a three and I knew from then. I made my second and I made my third and the hoop just got bigger.”

He also scored 34 points against Proctor en route to MVP honors in the Blackburn Tournament.

The competition is certainly stiffer in the top New England Prep Leagues. Many of the teams have 5-10 scholarship players.

“I’m getting to play against a lot of top-ranked guys,” he said. “The competition is really good. Playing with a lot of good guys makes you better. Every game is a hard game.”

The downside is being away from home, playing in front of small crowds and missing out on the passion of Merrimack Valley Conference basketball.

“I definitely miss it,” he said. “I miss the Haverhill fans. The atmosphere is definitely not like an MVC game where the stands are packed and people are going crazy.”

Hillie fans were going crazy when Phiri dunked vs. Tewksbury as a freshman.

And when he notched 28 points and 16 rebounds and made two key late free throws to beat Chelmsford for the MVC Small title.

Or when he led the 13th-seeded Hillies to their stunning win over fourth-seeded Westford, making two free throws with 12.7 seconds left then forcing the deciding turnover in the 62-59 Division 1 North shocker.

“Three-point shooting is my best attribute but when I started playing, I couldn’t shoot at all,” said Phiri, who has an 8-year-old sister, Colleen, and an 11-month-old brother, Jayden. “I started at the Boys and Girls Club then Cedardale. I just drove to the basket. In ninth grade at Haverhill, I got into the gym a lot more and starting taking shots every day. I just started making them.”

“I used to play all sports,” he said. “I was a decent baseball player, a good hitter and first baseman. Football I never tried and didn’t want any part of it. I did karate for five years.”

“I’m pretty close with Noah,” he said. “He says just keep working hard and keep your mind right during school.”

Worcester Academy coach Jamie Sullivan had an in with Phiri. He played high school basketball for major league baseball executive J.P. Ricciardi at Worcester’s Holy Name High. One of his teammates was Brian Therrien of the Haverhill Boys and Girls Club.

He, of course, is hoping even bigger schools will come around and offer.

“I’m happy with the offers I have,” said Phiri, who is looking for a school with a fast-paced offense. “The Boston Colleges and the big schools, by the time it’s done, hopefully they’ll be there.

“BC is interested. I’ve talked with Wake Forest and Penn State and a wide variety. I try not to think about it too much. I just play my game. If you think too much, you’ll feel the pressure and won’t play well.”

He said his first offer was after his freshman year.

“My first offer was URI,” said Phiri, whose roommate at WA is former Andover High baseball star Alex Brickman, who he has known since fifth grade. “It was big. I was just really happy.”

Sullivan has no doubt the bigger schools will offer.

“Wake Forest is intrigued, very, very intrigued,” he said. “The Big East is starting to sniff around. He has to lose 10-15 pounds. His athleticism is good, not great. I see him at the highest level possible.”

Niang has four inches on the 6-4 Phiri, And, obviously, there is a big difference between a high school hotshot and a college All-American like the Iowa State junior, but there are similarities.

Both are long on versatility, smarts, work ethic, intangibles and leadership. Neither dazzles you with raw athleticism or chiseled physiques.

Overlooked time and time again by the bigtime programs, Niang had to fight and claw before the power conferences finally offered after his junior season.

Phiri is still fighting and clawing to get those coveted offers from the ACC and Big East schools.

Sullivan said he told Niang, who was then at Tilton School, that his left hand was awful. Whenever their paths crossed, Niang had the same message:

“Coach, my left hand is getting better.”

He sees that same drive in Phiri, who entering the weekend had 886 career points between WA and Haverhill.

Sullivan said, “You can tell kids who want to be great.”

He described Phiri as a streaky shooter: “He could miss 5-6 then make eight in a row.”

He said Phiri, “Can score from all different positions and can guard multiple positions: the 1 (point guard), the 2 (shooting guard), the 3 (small forward) and sometimes the 4 (power forward).

“He’s a scorer. More important is the way he can lead. He’s a Tom Brady-type of player. He knows our 25 plays better than some of our assistants.”

The Eagle-Tribune has named a basketball all-star team since the 1970-71 season. Saul Phiri (2013) is one of eight freshmen to be honored:

Effingham - After a lifelong ...

Effingham - After a lifelong battle with muscular dystrophy and heart complications, Joshua passed away peacefully at home with his family. Joshua was an avid fisherman and enjoyed fishing with his family and friends in Southern NH. He also loved all cars and could tell you about any one of …