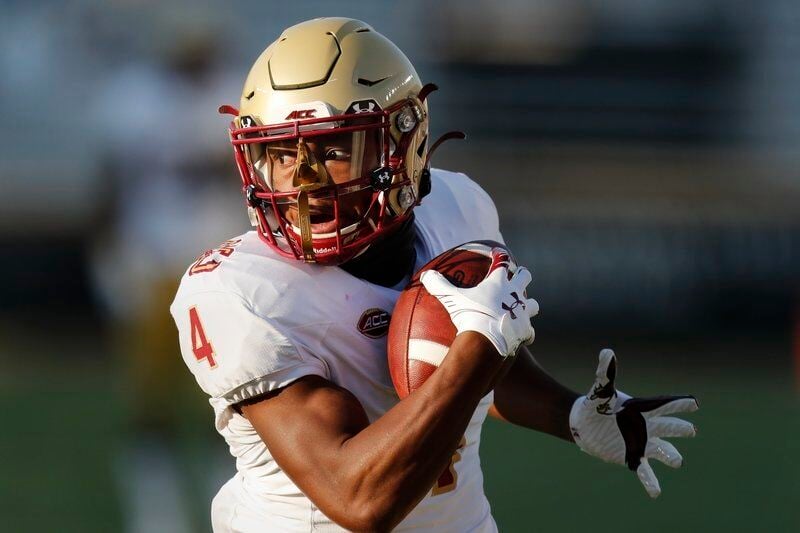 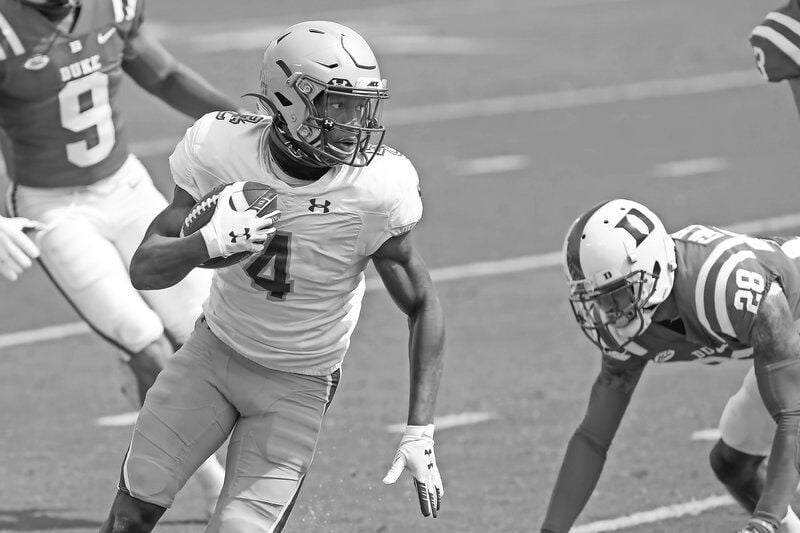 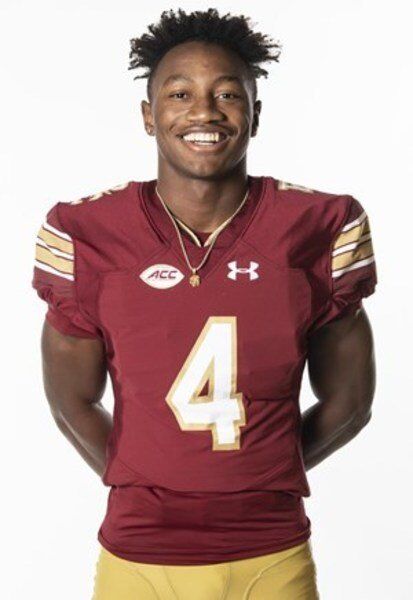 I’d like to introduce you to the most explosive wide receiver in New England -- Zay Flowers.

Who? Zay what? Is he some injured dude being hidden on the Patriots injured reserve list?

He’s a college kid, Boston College in fact. And yes, he is the most explosive receiver in the six-state New England region right now, more explosive than any Patriot.

If this were a place called Tuscaloosa, Stillwater, Columbus or Baton Rouge, you would know would already know that Flowers real name is Xavien Kevonn Flowers, that he is from Fort Lauderdale, Fla., and, best of all, he has 13 brothers and sisters.

You would also know, four months into his sophomore season, he is among the best receivers in a America. st on offense, at The Heights.

The Steve Adazzio Era, or “three-yards-and-a-cloud-of-black-pellets,” is officially over. The Eagles, now 3-1, have changed course under new coach Jeff Hafley, or really, Flowers.

Flowers’ game has caught up to his cool name, a name that hauled in 77-yard and 44-yard touchdowns on Saturday in a thrilling 31-30 win over the University of Pittsburgh.

In fact, Flowers performance may have gotten lost in shuffle a bit due to the game’s ending -- a missed extra point by the Panthers in OT.

Opposing teams, including Virginia Tech on Saturday night, had better take notice. Flowers might be the best thing to hit BC since, well, like another player who fell in BC’s lap, Doug Flutie.

BC has been a NFL breeding ground for a few, particular positions over the years, most notably offensive line, defensive line, and the defensive backfield.

You have to go back 33 years when the Dallas Cowboys drafted the shifty Kelvin Martin out of BC in the fourth round in 1987.

Flowers, a 5-foot-11 and 180-pound sophomore, not only appears to be changing that narrative, but he’s taking it on with a wrecking ball in his mitts.

In 2020, he has done something no wide receiver has ever done at BC in one season. He’s already been twice named conference Wide Receiver of the Week.

The first week was against Duke with five receptions for 162 yards and a touchdown, a 61-yarder that all but ended the game near the end of the third quarter.

Then, last Saturday, he was a human highlight film, with six receptions for 162 yards and three touchdowns of 77, 44 and 25 yards, the last of which was the first play in overtime.

Coach Hafley, hired on Dec. 14, noticed something different about Flowers a month into his new gig.

“It was the first time we were in a 1-on-1 drill, and obviously I was helping coach the cornerbacks,” recalled Hafley. “(Zay) goes right up in there, and I saw him release off the line and drop his hips and catch a comeback.

BC got a little lucky in its recruiting of Flowers in southern Florida, a haven all northeast coaches looking for receivers.

Flowers was ranked the 125th best player ... in Florida, in 2019, according to one scouting service. The three big football schools in the state – Florida, Florida State and Miami – all passed on him.

Were there 124 players in Florida actually better the was?

“I think (the ranking) was because I wasn’t going to camps,” said Flowers. “I went from football to basketball all four years. I didn’t have time for football (showcases). There weren’t 124 players better.”

Here’s another unexpected perk for BC and Flowers. When he was sent home for the coronavirus break, he caught up with a similar-sized wide receiver for some daily workouts – Antonio Brown.

“He was teaching me teaching me routes and deep balls, holding the line (on my break) and catching balls on the outside shoulder,” said Flowers. “He talked about the importance of making every release look the same.”

While we have heard for generations how important a running game can open up the passing game, Hafley took another tack, saying Flowers “big play” ability could be opening doors for the BC running game.

“It’s everything that I preach about as a defensive coach,” said Hafley. “We have to eliminate explosive plays. ‘Explosives’ change a game. If you could make teams drive the length of the field in short increments time and time again, you’re probably going to play pretty good defense, because they’re going to make mistakes.

“If you have the ability on offense to strike fast and make explosives like that, it changes how you think on defense. If people want to bring guys up in the box to stop the run, we have to be able to throw it over their head,” said Hafley. “That is what Zay and some of our other guys give us the ability to do.”

The Patriots could use that over-the-head-and-go-deep guy. But that will have to wait.

A year earlier, under Addazio, as crazy as this sounds, Flowers ran the ball more (27 times) than the caught it (22).

Anyway, Florida’s “125th best player” in 2019 is not surprised about his assault on BC’s record book. It was bound to happen.

The Fred Biletnikoff Award is named after the former star wide receiver at Florida State and later 14 seasons with the Oakland Raiders. The award is presented annually to the outstanding receiver in American college football by the Tallahassee Quarterback Club Foundation, Inc. (TQCF), an independent not-for-profit organization.

Flowers was not on the list before the season started, but was added after his electric Saturday against Pittsburgh with six receptions for 162 yards and three TDs.

“That’s a goal,” said Flowers of the award when asked about what he is shooting for, long term at BC.