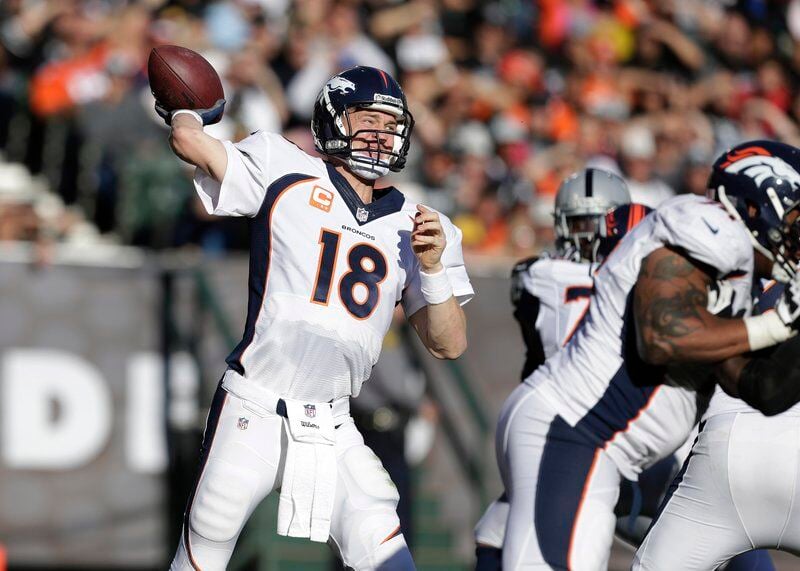 AP Photo/Tony AvelarDenver Broncos quarterback Peyton Manning passes against the Oakland Raiders in 2013. With the NFL increasing its season to 17 games for the first change in length of the season since going from 14 to 16 games in 1978, Manning's mark of 5,477 yards  could soon be threatened. 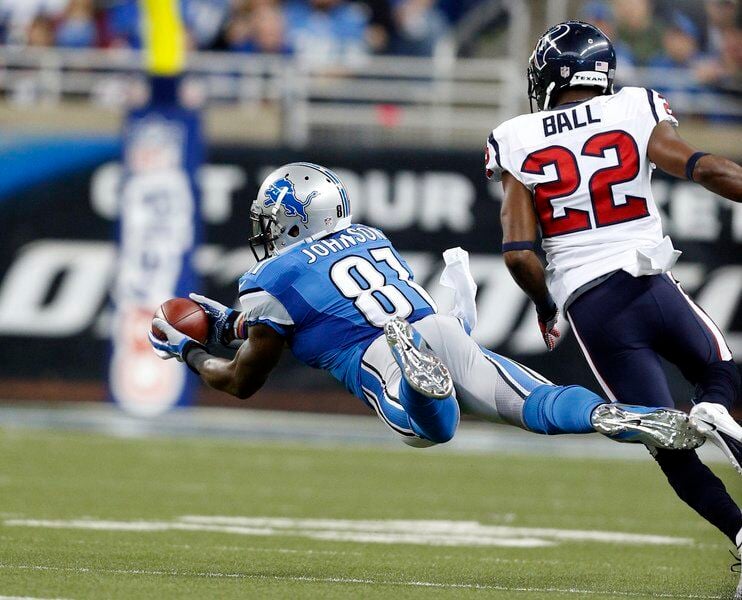 AP Photo/Tony AvelarDenver Broncos quarterback Peyton Manning passes against the Oakland Raiders in 2013. With the NFL increasing its season to 17 games for the first change in length of the season since going from 14 to 16 games in 1978, Manning's mark of 5,477 yards  could soon be threatened.

The NFL could finally see its first 2,000-yard receiver. The 5,000-yard passing club might be ready to induct a few more members with Peyton Manning’s single-season record of 5,477 yards possibly in jeopardy.

The accomplishment of 1,000-yard seasons rushing or receiving will become more common and a little more devalued.

With the NFL increasing its season to 17 games for the first change in length of the season since going from 14 to 16 games in 1978, some records and milestones could soon be threatened by even more players.

The offensive explosion in recent years that has made comparing marks from the 1970s and 80s to today’s game a fruitless exercise will only become less useful as players in the 17-game era put up even bigger statistics than the stars of the past decade.

Here’s a look at some records and milestones that could be most impacted by the change:

Dan Marino spent years as the lonely sole member of the 5,000-yard passing club, having thrown for 5,084 yards in 1984 for Miami back when 3,000-yard seasons were viewed as a major accomplishment.

That mark didn’t stand for long with Peyton Manning passing it by 1 yard in 2013 and in all there have been 12 5,000-yard seasons.

To top Manning’s mark, a passer would need to throw for a little more than 322 yards per game in a 17-game season. That’s a mark that has been reached nine times in the past 10 seasons, putting that record in serious jeopardy.

In an era where records have been falling with frequency, one mark that hasn’t been reached is 2,000 yards receiving in a season. Calvin Johnson came closest with 1,964 yards in 2012.

To reach 2,000 yards in a season, a player would need to average more than 117 yards receiving per game. Doing that won’t be easy with Johnson the only player to average that many over 16 games. But Julio Jones came within a fraction of that in 2015 and Josh Gordon topped that mark while playing only 14 games in 2013.

The mark of a successful season rushing or receiving has often been viewed as 1,000 yards. While that round number lost a little value in a 16-game season compared to 14 games, it still served as easy shorthand as a measure of success.

The mark will only be easier to reach now with an extra game to get there, reducing the yards per game necessary from 62.5 in 16 games to 58.9 in a 17-game campaign.

The debate around Michael Strahan’s single-season sacks record of 22 1/2 in 2001 might no longer be necessary if someone uses the extra game to pass it. Strahan broke Mark Gastineau’s record of 22 with help from Brett Favre taking a dive late in the final game of the season.

Since Strahan broke the record, there have been six 20-sack seasons in the NFL with Justin Houston (2014) and Jared Allen (2011) coming closest to breaking Strahan’s mark by recording 22 each in a season.

ONE YEAR TOO LATE

Tennessee running back Derrick Henry might already hold the single-season rushing record had the 17-game season been in place in 2020. Henry ran for 2,027 yards last season, just 79 short of break Eric Dickerson's mark of 2,105 set in 1984.

After Dickerson and O.J. Simpson were the only backs to reach the 2,000-yard mark through 1996, five players reached it in a 16-year span from 1997-2012 with Barry Sanders, Terrell Davis, Jamal Lewis, Chris Johnson and Adrian Peterson all doing it.

One record that still should be safe even with the added game is the single-season interceptions mark of 14 set by Night Train Lane in 1952.

The NFL had its second fewest number of interceptions in the Super Bowl last season with the 395 beaten out only by the 349 in 1982 when less than half as many games were played because of a strike and fewer teams.