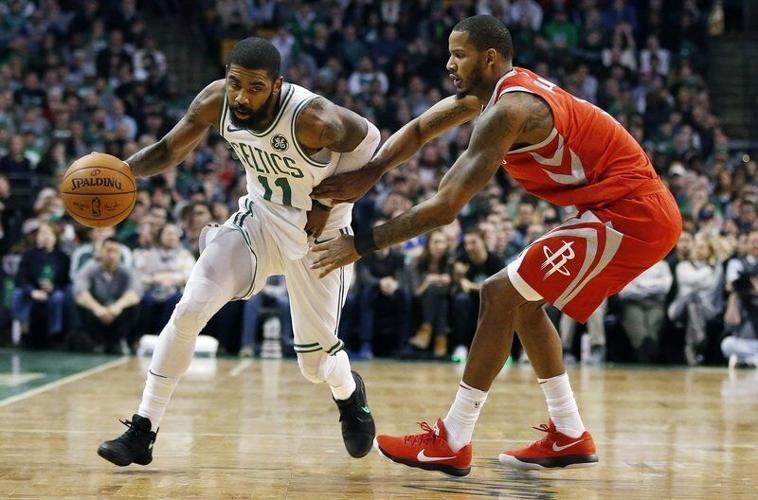 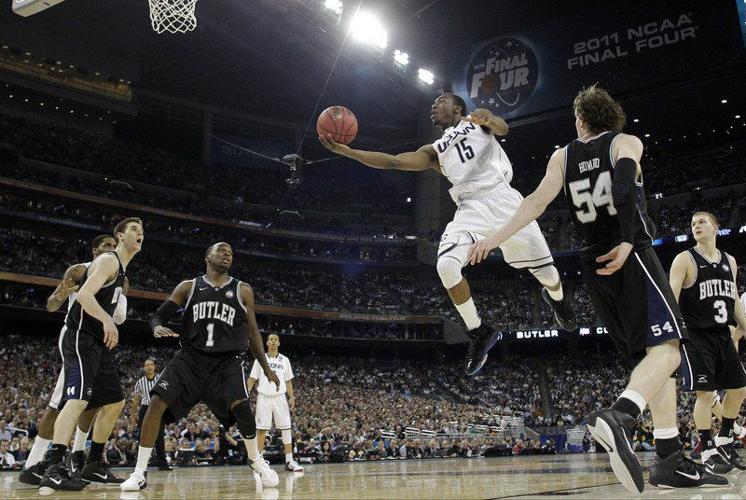 AP Photo/Eric Gay, FileKemba Walker became a legend at UConn after his iconic run in both the Big East and NCAA tournaments.

AP Photo/Eric Gay, FileKemba Walker became a legend at UConn after his iconic run in both the Big East and NCAA tournaments.

When Kyrie Irving looks back at the Boston Celtics Experience what does he think?

What is Kyrie thinking when he sees Kemba Walker smiling so much? And winning?

What was he thinking on Sunday afternoon, watching the Boston Celtics dispense of the Philadelphia 76ers and “The Process” in relatively four, easy games – easy not in the score, but the way the Sixers crumbled in the end – in their opening series?

Here’s some of the descriptions of what we thought of Kyrie and his time here:

And, in the end, almost nuclear bomb-like.

You see what is happening in Philadelphia, which will no doubt be replacing its head coach and maybe its General Manager, and one “superstar” being dealt away?

The Celtics were almost there.

Brad Stevens had lost four years’ worth of mojo as the guiding force on the court, and Danny Ainge’s incredible accumulation of draft capital and cap space were helpless.

Stevens lost control of the team, also trying, and failing, to institute Gordon Hayward into the “mix.”

And Ainge had no idea how to keep anybody happy, including Kyrie as well as the then-new dynamic duo Jaylen Brown and Jayson Tatum.

Remember Ainge’s “mild” heart attack in Milwaukee? That was at the beginning of second round series with the Milwaukee Bucks, a few days after the Celtics were crushed. The series ended six days after Ainge’s health scare.

Stevens was allegedly considering a return back to the college game.

But everything changed when Kyrie made the decision to reneg on a proclamation he made on opening night, the same night Paul Pierce’s jersey number was retired – “I plan on re-signing here next year,” Kyrie told the fans amid cheers.

The team that got to Game 7 of the Eastern Conference finals, losing to the Cleveland Cavaliers, without Kyrie the year before, led by Brown and Tatum, would get their team back.

Ainge got back to work, losing Al Horford, who opted out on his final season to join the Sixers, and adding Kemba Walker as the Kyrie replacement on the floor and a backup center/happy guy Enes Kanter.

It could not have worked out any better.

Tatum and Brown grew into stars, after being stunted during Kyrie’s debacle of a season last year, and everyone else accepted their roles.

It was almost as if Kyrie’s year-plus hear was more of a bad dream.

Which brings us back to the man of the hour, Kyrie.

Believe it or not, his time in Brooklyn has been even stranger than it was here in Boston. While he convinced Kevin Durant, sitting out the entire year with an Achilles heel injury, to join him, the once-promising Nets could be anything from contenders to No. 8 seeds after a great franchise and image rebuild.

Kyrie, as has been noted here, is a different cat. He even admitted, during this tumultuous 2018-19 season here, that he probably didn’t do the right thing when asking out of Cleveland because of LeBron James’ overriding presence.

Walker has been a Godsend. While he isn’t as spectacular, inventive or creative as Kyrie, his ability to create space and make shots is on a par with the great performer, Kyrie.

If Kyrie was paying attention, and taking notes, he can actually make the Nets great. Walker, who was “The Man” for most of his time in Charlotte, knows when to say when with the Celtics. There are times getting out of the way is the best play when Tatum, Brown and even Marcus Smart get going.

If Kyrie can accept the wingman role to Durant, a true alpha male, most of the time, the Nets might actually be in the discussion come conference championship time.

But the only thing I’d bet on when it comes to Kyrie is he can come close to blowing up a good thing if you let him. I’m betting on Kyrie.