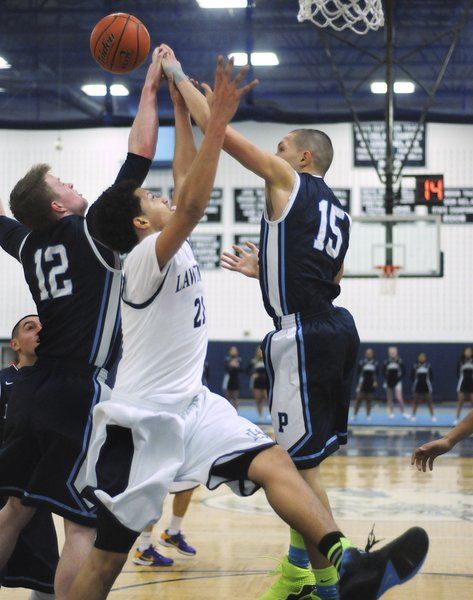 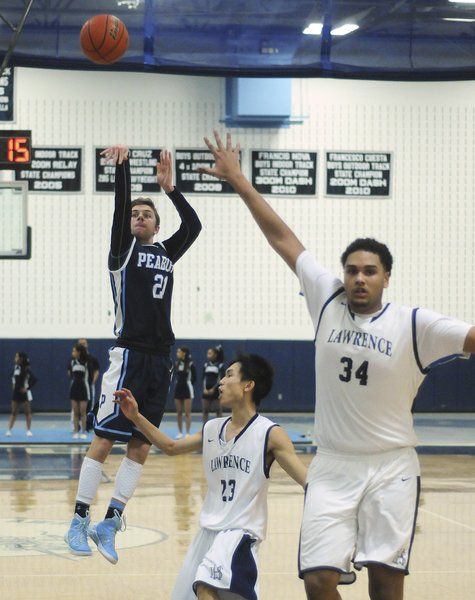 Breaking through in the scoring column on Jan. 7, he cherished the minutes and forced the Lawrence High staff to take note.

Talk about a progression.

Tuesday night in the Division 1 North tourney opener, Vanderhorst dominated like a seasoned All-Scholastic, posting career highs in points (23) and rebounds (21) to power No. 4 Lawrence over No. 13 Peabody, 71-47.

“He’s been doing it for the last couple games. He’s done it in practice,” said Lancer head coach Raymond Nunez. “We’ve asked him to rebound. We’ve asked him to be aggressive in the high post. It’s no surprise to our coaching staff. He’s a hard worker and it shows. We’ve seen it all year long, his teammates have seen it as well.”

Next up, the Lancers host No. 5 Andover in the sectional quarters, Saturday (2 p.m.) here in the fieldhouse.

The 6-foot-2 Vanderhorst is the best player nobody’s heard of right now in the Valley.

After scoring a total of 13 points in Lawrence’s first 12 games, he upped his average in the last nine games to 9.6 per with the Noah-like effort off the glass here last night.

“So much of that has to do with my teammates,” said Vanderhorst, whose emergence up front no-so-coincidentally occurred at the same time 6-foot-9 giant Franziel Reyes returned to the lineup.

“That’s what it’s all about. I mean, they play a zone and put three or four guys on him. It leaves me a lot of room out there. I just do what the coaches want, and they want me out there rebounding.”

Vanderhorst’s 12-point, 8-rebound third quarter proved to be the knockout blow on Peabody, which fought and scrapped before running out of answers.

The lead went from a dozen at halftime to 52-27 after three, leaving the Lancers and their faithful alone to start peeking ahead at Round 3 with Andover this year.

With Vanderhorst going so good inside, the big fella Reyes played limited minutes with four points and four blocks.

After falling to Andover on Jan. 2, Lawrence High pounded the Warriors in the rematch two weeks ago, 59-41.

The rubber match Saturday promises to be a special one.