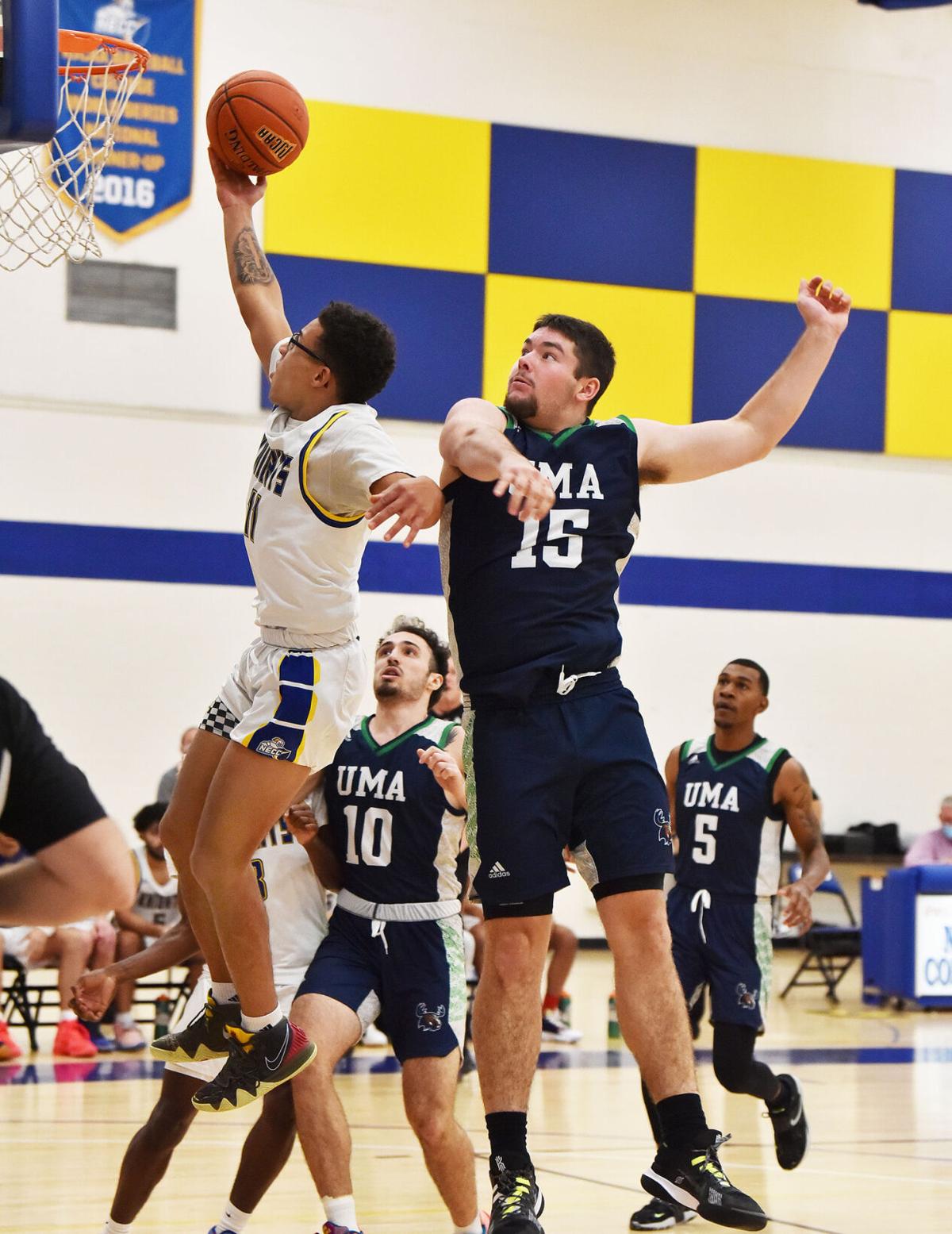 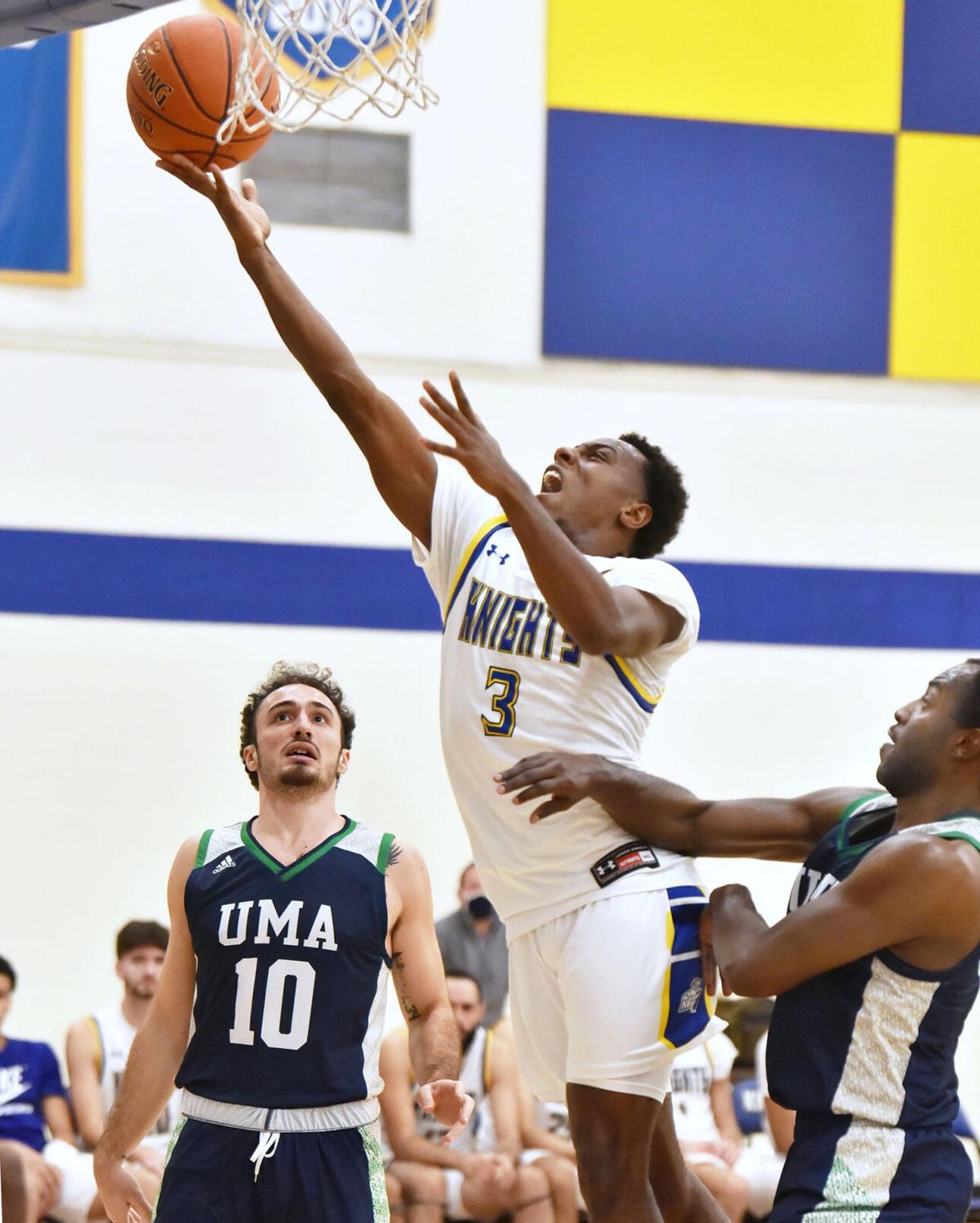 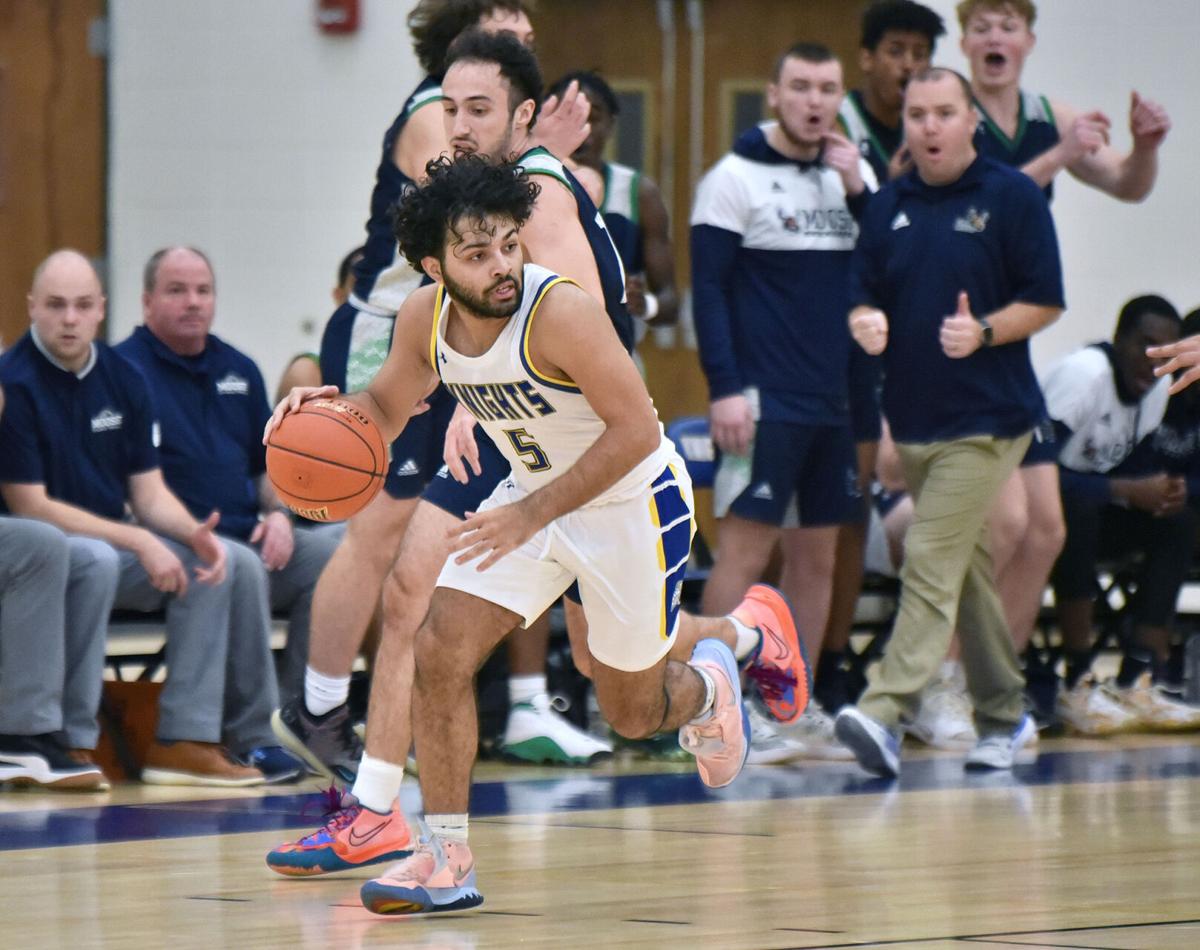 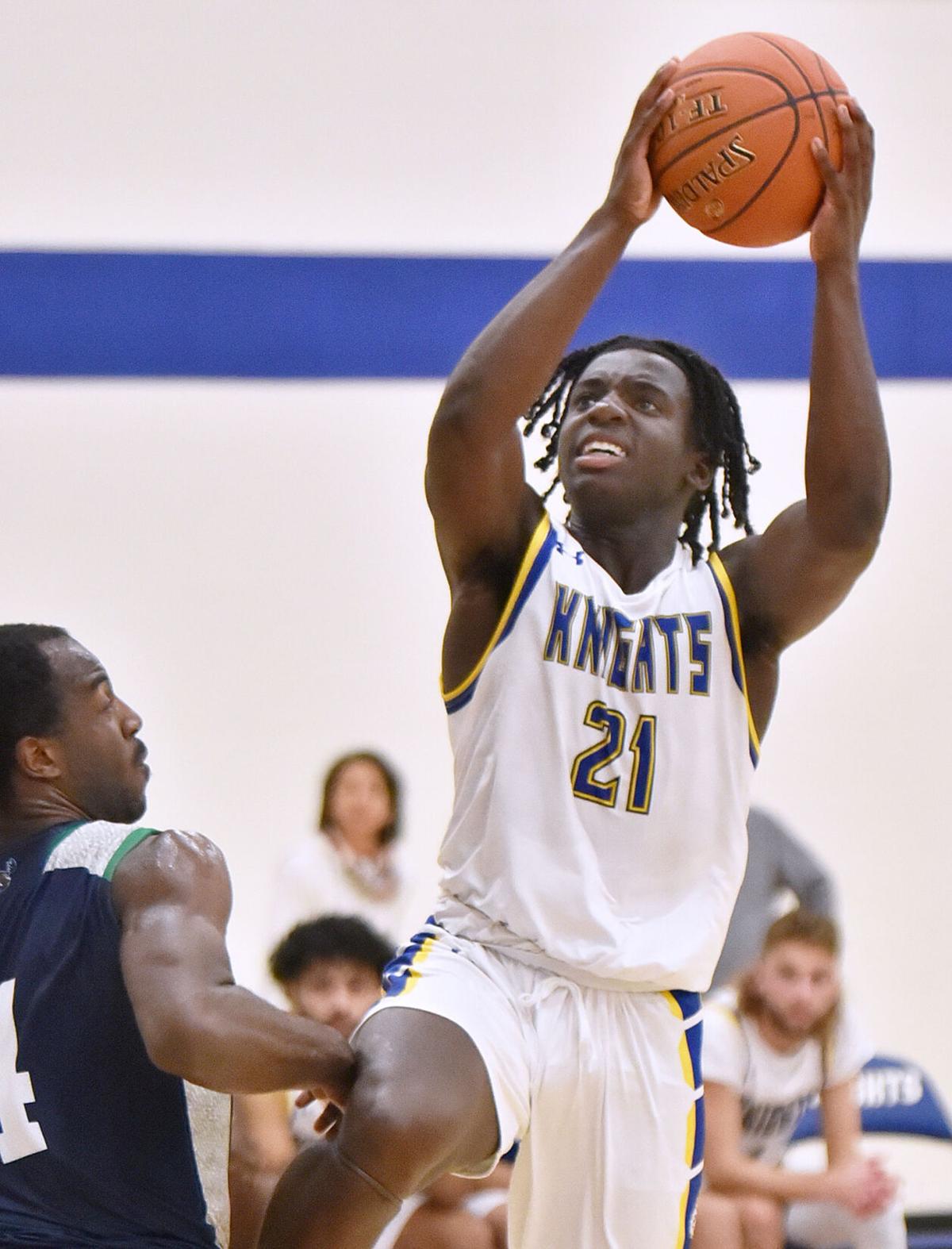 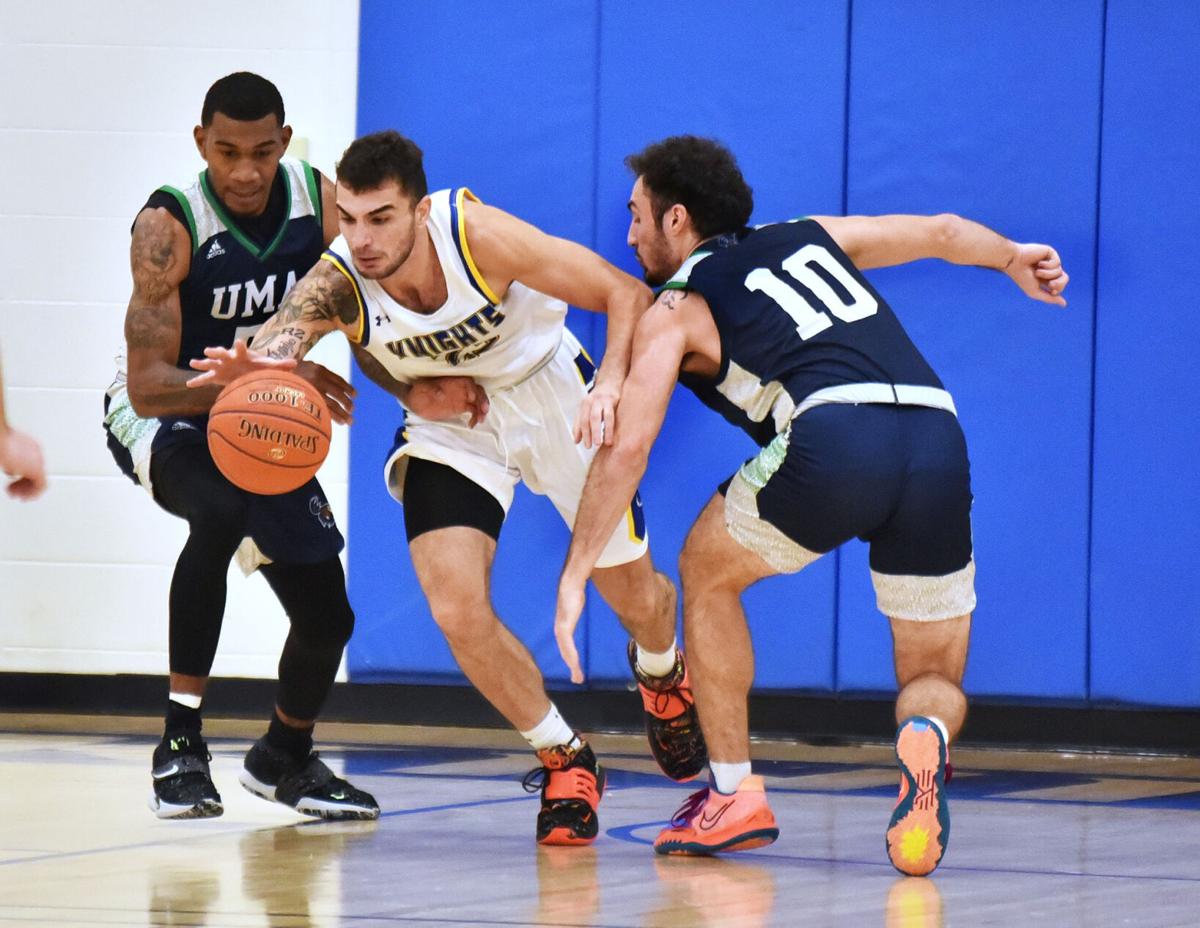 On a current roster of 18, there were 15 Knights who got in the game as Northern Essex opened with an impressive 78-66 victory over UMaine-Augusta, a four-year school able to play juniors and seniors.

The Knights got after it from the start, as if they were tired of practicing, and zoomed to a 12-0 lead before UMaine-Augusta knew what hit it. Showing good quickness and plenty of pressure, Northern Essex seemed a step quicker than their visitors from the north and never trailed throughout the game. It led by a commanding 41-15 at halftime.

On a team in which it’s tough to single out players, Haverhill’s Phillip Cunningham was impressive around the basket while leading all scorers with 15 points. Peabody’s Matt D’Amato had a pair of 3-poiners and 14 points while freshman Metin Yavuz from Turkey added 13 and Methuen’s Jaleek Urena hustled his way to 10 points.

Northern Essex maintained at least a 20-point lead throughout most of the second half but UMaine-Augusta employed good ball pressure and slowly whittled the margin to a more respectable dozen points led by guards Eric Crawford (10 points) and Jalaughn Jackson (13 points). Crawford is the son of NBA player Jamal Crawford.

“For a first game, I was happy with the way we played,” said Northern Essex coach Darren Stratton. “I thought we brought a lot of energy, especially in the first half. Our execution at the end of the game wasn’t good and that’s something we’ll need to work on. I think they exposed us a little bit.

“We had several guys play really well. I thought Jaleek had a nice game and was a stabilizing player for us and Phillip played really well. The same with Metin.”

The Knights return to action this weekend in the NHTI Tournament, facing the host team Friday and Central Maine Saturday.

“We have some work to do, but it was a good start,” said Stratton. Northern Essex 78, UMaine-Augusta 66