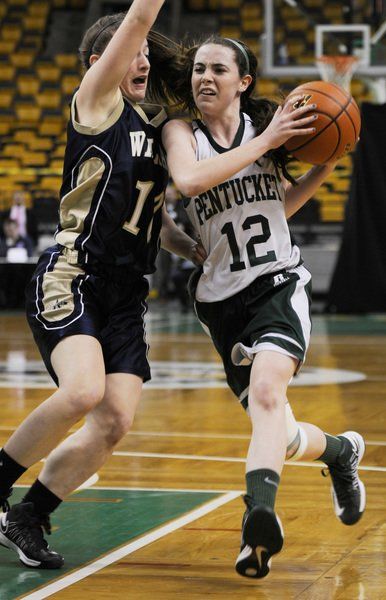 TIM JEAN/Staff photoKelsi McNamara has helped lead Pentucket to a 21-1 record this year. This year, she is averaging 18.3 points, 4.8 assists, 4.0 rebounds and 4.0 steals per game. She has converted 47 3-pointers and was named the MVP of the St. Mary’s Tournament. 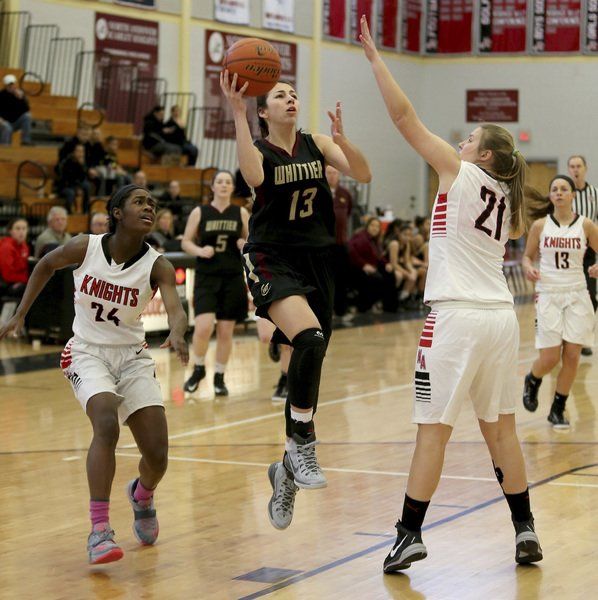 TIM JEAN/Staff photoKelsi McNamara has helped lead Pentucket to a 21-1 record this year. This year, she is averaging 18.3 points, 4.8 assists, 4.0 rebounds and 4.0 steals per game. She has converted 47 3-pointers and was named the MVP of the St. Mary’s Tournament.

By the standards of the John McNamara Coaching Era, a 17-7 record is considered a bit disappointing.

That is maybe one reason why this year’s team has flown a bit under the radar.

But as Pentucket (21-1) heads into the Division 2 North tourney as the No. 2 seed, it may have as good a chance as any local program to play for a state championship at the DCU Center.

Pentucket opens the Division 2 North bracket at home Thursday (7 p.m.) against the winner of a preliminary matchup between No. 7 seed Wakefield and No. 10 seed Triton.

With such a strong season, McNamara-coached teams now average 21.8 wins per year and 3.1 losses over his nine years there (196-28 record).

“Last year we didn’t have the greatest year,” senior Audrey Tipson said. “We did end up losing a starter and a couple key players. And I think we really pulled together in summer league. We really came together as a team. We won Hoops for Hope and I think it makes us a special team because nobody really expected this from us.”

Tipson did say people expected the Sachems to be better.

The Sachems enter the tourney fresh off a thrilling 40-38 double-overtime upset victory Friday at Notre Dame of Hingham, the only team to beat the Sachems this winter. That loss, 66-57, came back on Dec. 20 at Pentucket,

Coach McNamara tells it like it is. He never gives a biased view even when talking about his own daughter, senior Kelsi McNamara, a returning Eagle-Tribune Super Teamer.

So his words speak volumes when he noted Kelsi is having the best single-season he’s seen any girl have locally since Andover’s Nicole Boudreau graduated in 2012.

She also scored 33 points in a 47-45 semifinal victory over Spaulding (N.H.) and then 28 points in a 64-56 championship game victory over York (Maine) to lead Pentucket to the York Maine Holiday Tournament.

What did Kelsi McNamara think when heard her dad thought that about her?

McNamara is waiting to hear back on college financial aid packages but has drawn interest one Division 2 school (Merrimack) and other Division 3 schools such as Southern Maine and St. Joseph’s College in Maine. Her sister, Erin, starred at Pentucket then St. Joe’s.

McNamara has faced doubled- and triple-teams and box-and-one defenses to try to stop her. But nothing seems to do the trick.

“She works really hard to get opportunities,” Tipson said. “And also we have a lot of plays we run for her. If we give her an opportunity she can usually capitalize on it. So it’s a lot of teamwork but we all appreciate that she can make it happen.”

Sophomore Colleen Jameson said, “Some of our offenses are based off of getting Kelsi and McKenna shots, which makes sense because they are really great players, great scorers. But we also have other plays. .... It’s a lot of situational: who’s shooting well, who’s doing well.”

Coach McNamara considers Kilian the best athlete he has ever coached. It’s not surprising because Kilian is a star track athlete. She said she likely will run track in college.

Things are setting up quite nicely for another North Andover (15-5) and Andover (18-2) battle. The two MVC powers have played three very tight games this year.

Second-seeded Andover and seventh-seeded North Andover both received a preliminary round bye and are set up in the Division 1 North bracket to meet in the quarterfinals if both teams win their first-round matchups.

North Andover will play 10th-seeded Peabody (13-6) Monday while Andover Friday will host the winner of No. 15 Cambridge and No. 18 Medford.

Andover then won 57-50 sparked by a late 3-pointer by Carissa Reming. That enabled the Warriors to vault North Andover in the Eagle-Tribune Fab 5 rankings.

“We try not to let rankings get to us,” Andover’s Rachael Cormier said after her team’s second win vs. Andover. “We know who we are as a team. North Andover’s a really good team. So whoever brings it, it’s a toss up every time.”

Whittier (18-2) grabbed the No. 1 seed in Division 4 North after putting together a spectacular year. Its only two losses came to Andover and North Andover.

Not long after losing to Whittier, North Andover’s Abbie Karalis said, “Yeah, they are a tough team. The one thing that mainly controlled the game was their tempo. We like to speed up the game and make it very fast, but during this game the tempo was kind of slow and it made us lose.”

Whittier’s Michaela Martin and Andrea Terranova both joined the 1,000-point club this season. They both earned Division 2 scholarships as did 6-4 senior Samnell Vonleh.

Whittier will play Saturday (7 p.m.) against the winner of eighth-seeded Lowell Catholic and ninth-seeded Essex Tech.

Lawrence (12-8) is the other local team in the Division 1 North bracket. They received a preliminary round bye and will play at No. 5 Revere (16-4) on Tuesday at 7 p.m.