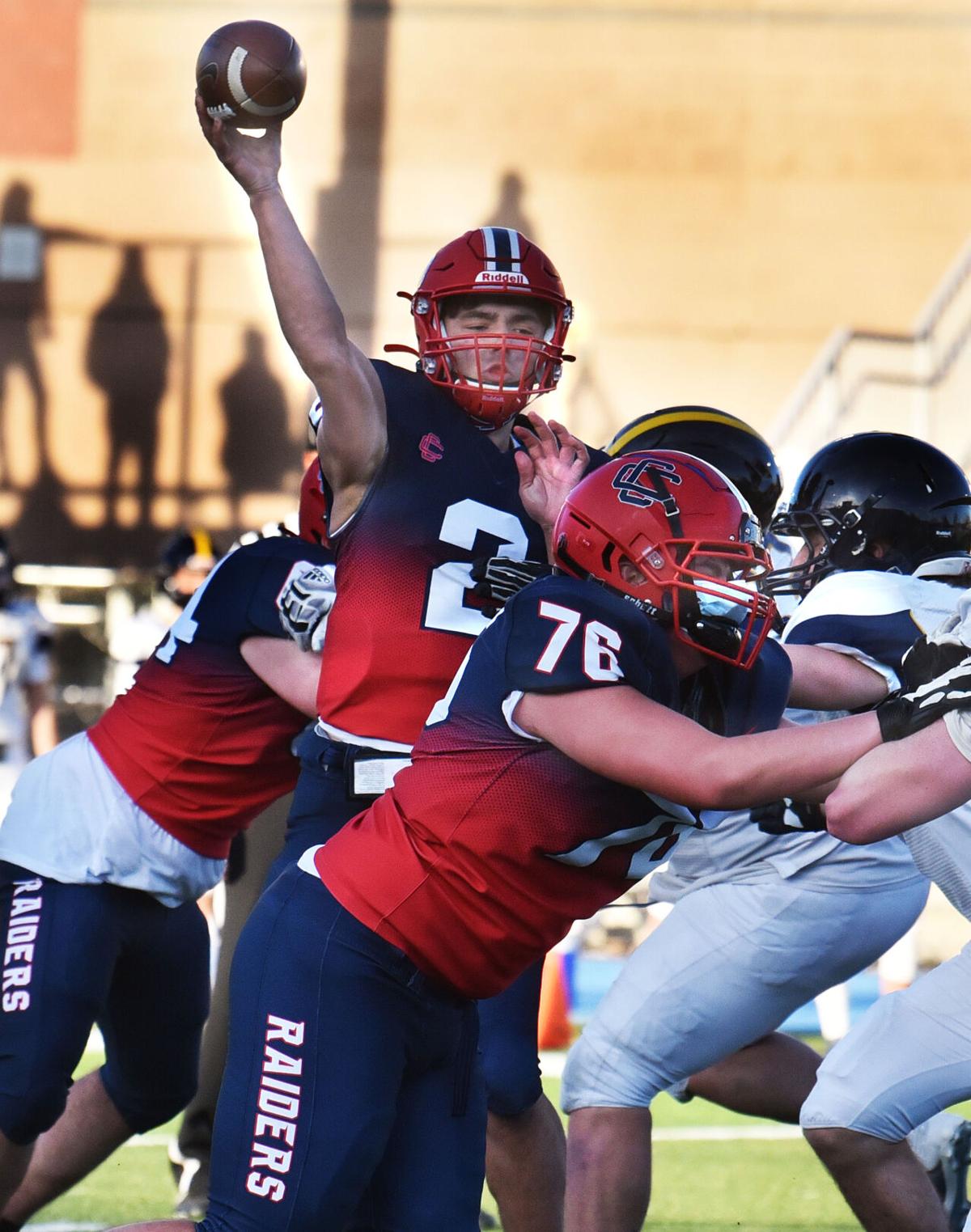 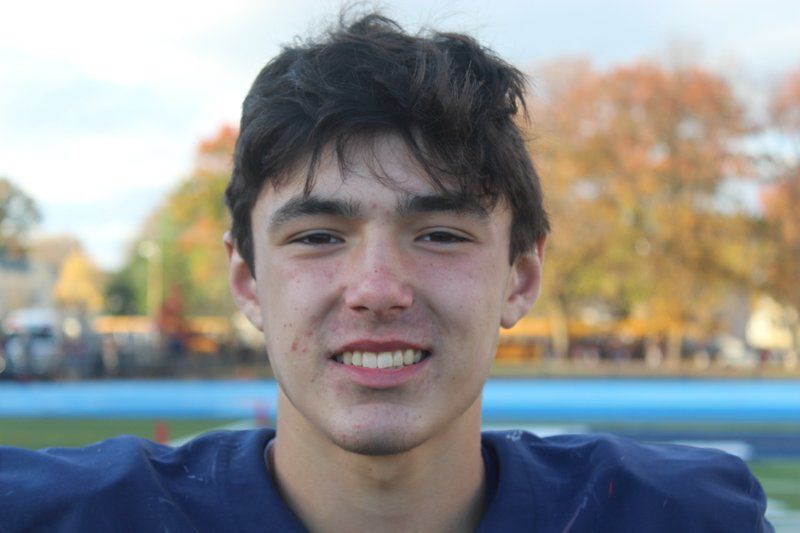 Chuck Adamopoulos has seen plenty of greatness during his 38 years coaching at Central Catholic.

But, for Adamopoulos, nothing compares to Ayden Pereira's 10-touchdown performance for the ages on Friday.

"Ayden had as good a performance as I have ever seen in any sport in my many years at Central Catholic," said the head football coach. "He was just incredible."

"He was just unbelievable," said Adamopoulos. "Ayden wouldn't let plays die. He was making all the right reads, both running and passing. It was a special performance."

The defending Eagle-Tribune offensive MVP, Pereira threw three TDs in the first quarter alone, connecting on a pair of scores to Justice McGrail (85 and 21 yards) and one to Preston Zinter (65 yards).

Pereira then added a TD pass each to Mattias Latham (14 yards) and Ty Cannistraro (39 yards) in the second quarter.

But despite the QB's phenomenal first half, Central Catholic actually trailed 40-31 at halftime. The Raiders' signal caller, though, would not be denied.

Pereira opened the third quarter with his first rushing touchdown of the day -- a 41 yarder -- and added a 6-yard TD a possession later. He then returned to the air to finish off the third, finding Cannistraro for his second score of the day, a 54-yard bomb.

The fourth quarter was more of the same. Pereira connected with McGrail on a 2-yard score, then he finished off the scoring by breaking free for a 29-yard TD to ice the victory.

For the game, Pereira completed 24 of 30 passes for 448 yards and the seven touchdowns. He also carried 10 times for 150 yards and two scores.

Delivering big games were Pereira's top receivers, McGrail (7 catches, 158 yards) and Zinter (4 catches, 13 yards) and running back Latham (8-81) among others. McGrail also had an interception, and Latham played well at safety.

"This was a gutsy win," said Adamopoulos. "To go all the way to Springfield, then go down by nine points and come back in win really says something. The kids really stuck with it and responded by playing very well."