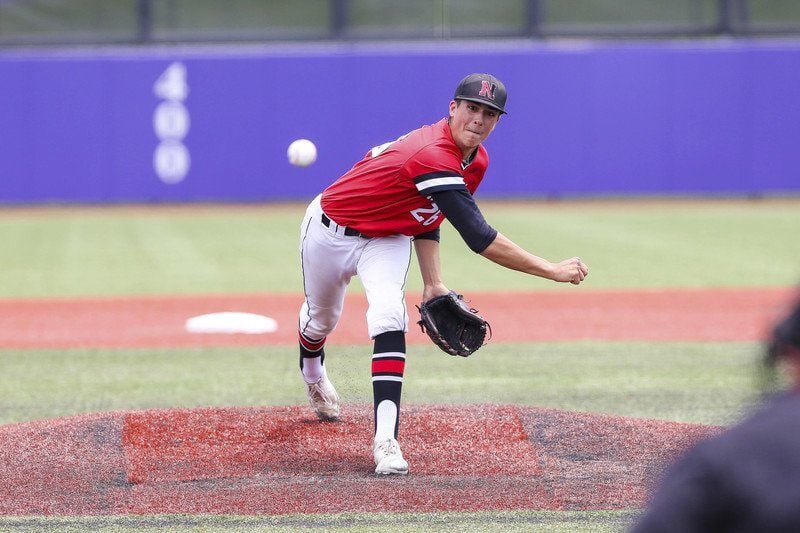 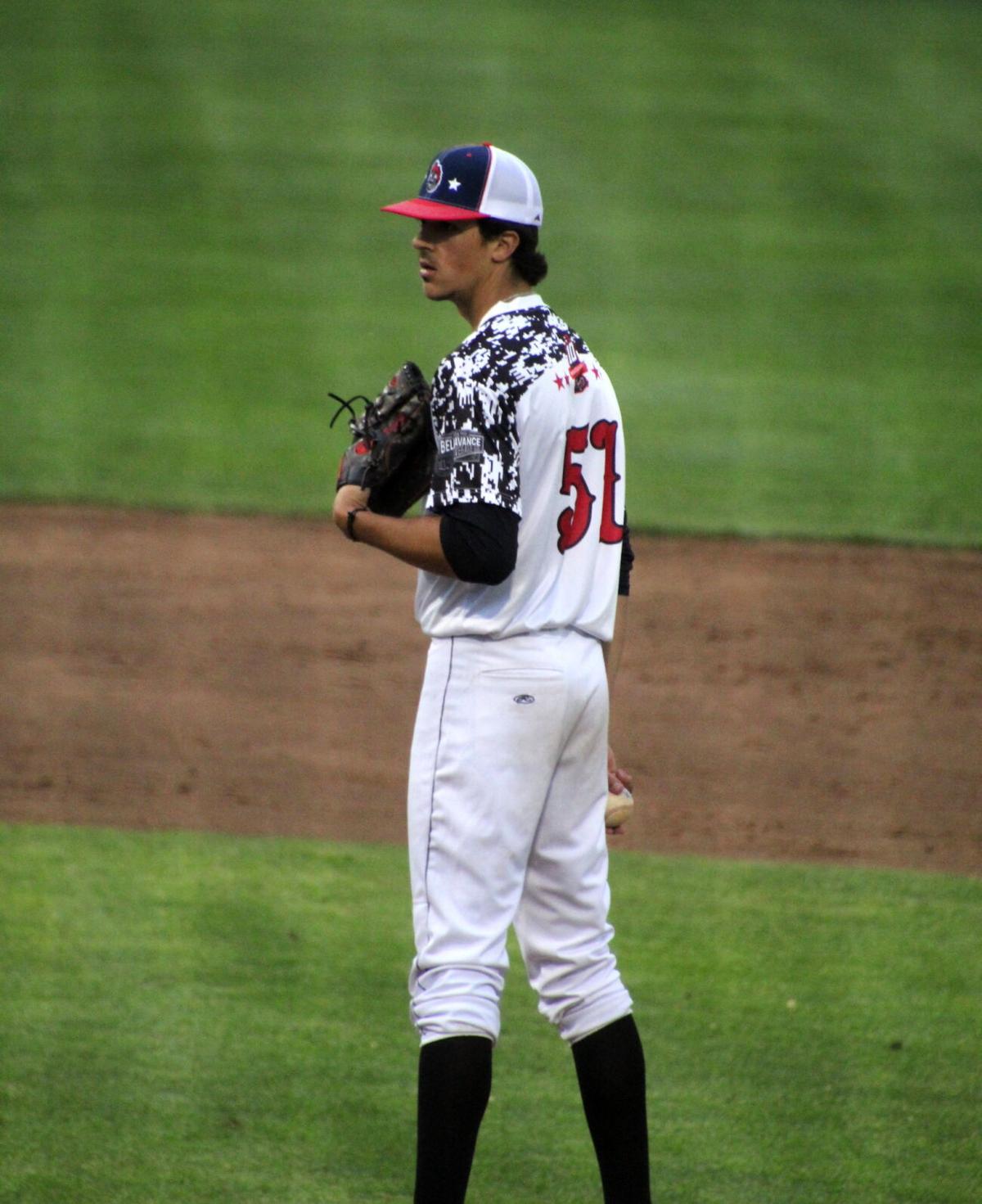 Windham’s Brandon Dufault has been dominant on the mound for the Nashua Silver Knights so far this summer. 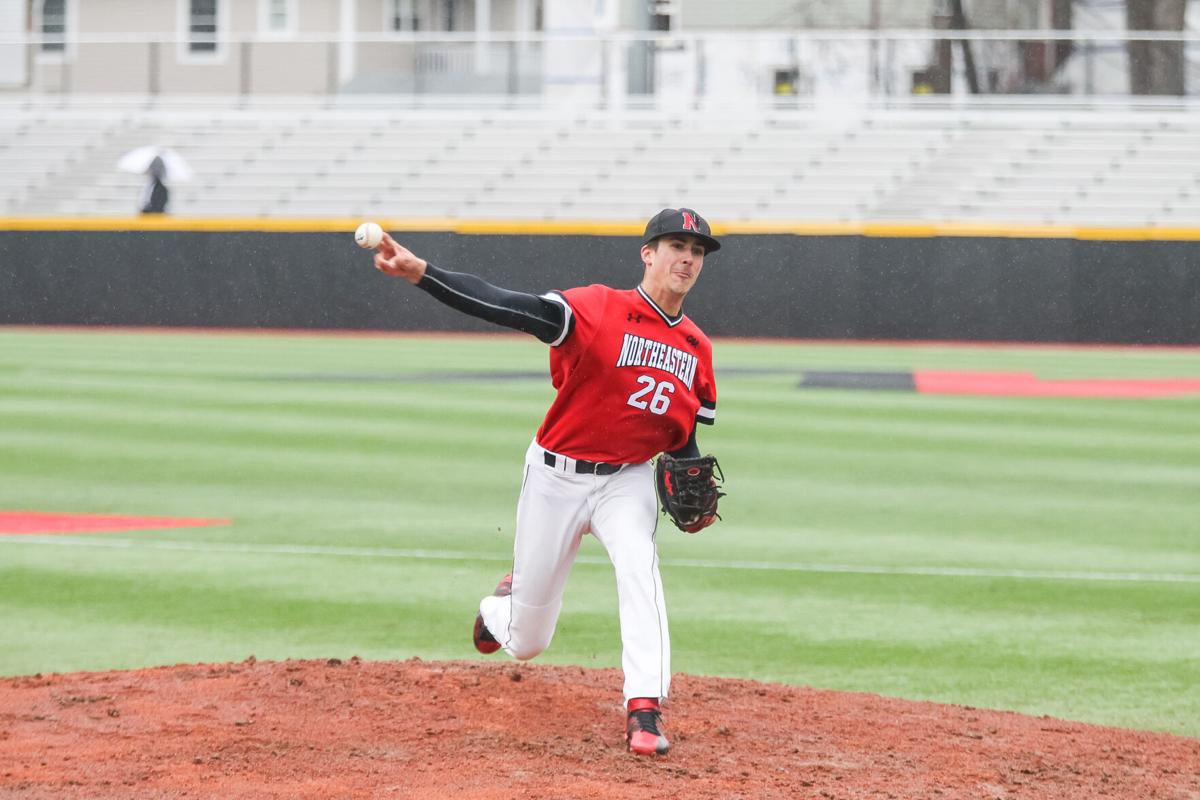 With his mid-90s fastball, Brandon Dufault dominated for Northeastern University this spring, and was offered a deal by the Boston Red Sox. 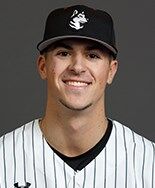 Windham’s Brandon Dufault has been dominant on the mound for the Nashua Silver Knights so far this summer.

With his mid-90s fastball, Brandon Dufault dominated for Northeastern University this spring, and was offered a deal by the Boston Red Sox.

NASHUA, N.H. — With a flip of his wrist, Brandon Dufault fires home the mid-90s fastball, catching the attention of multiple major league teams, including our Boston Red Sox.

At 6-foot-5 and 200 pounds, the former Windham High star already looks the part of a big leaguer on the mound for the Nashua Silver Knights of the Futures Collegiate Baseball League.

As he lights up radar guns at 95 and 96 miles per hour, seemingly with ease, and mixes in his devastating slider, the visiting Brockton Rox don’t stand a chance. Dufault struck out five of the six batters he faced that night, another outstanding performance in what has been a star-making 2020 for the righty.

“It feels awesome to be back on the mound,” said Dufault, who was originally going to pitch in the iconic Cape Cod League this summer. “It’s great to be going against real batters after three months of throwing into a net during the quarantine. I felt great all spring, and I want to go out and show my stuff this summer.”

In the spring, Dufault dominated in his first season as the closer for Northeastern University. The junior earned four saves and a 0.96 ERA in nine appearances before the season was shut down by the coronavirus.

That, and his electric arm, were enough to catch the eye of the Red Sox as an undrafted free agent, following the Major League Baseball Draft on June 10-11.

“Growing up, I always dreamed of playing professional baseball,” he said. “So it’s surreal to have teams reach out to me and want me to be a part of their organizations. But, for now, I’m leaning towards going back to Northeastern for my senior year.”

Dufault, who recently was named to The Eagle-Tribune’s All-21st Century baseball team, struggled to find his role early on at Northeastern.

After an up-and-down freshman year (2-1, 5.88 ERA), Dufault struggled at the start of his sophomore season as a starter. But, after a move to the bullpen, he allowing just five runs in his final 11 appearances of the spring.

So when coach Mike Glavine came to Dufault with the idea of becoming the closer, the pitcher was ready to go.

“I had some success in the bullpen as a sophomore, and it really helped me learn the way my pitches play,” said Dufault. “I liked coming out of the bullpen, and when the closer spot opened up, I took it and ran with it.”

After surrendering one run on three hits in his first appearance of 2020, Dufault allowed just three more hits and one run over his final eight appearances. He struck out 11 and allowed just one extra base hit in 9.1 innings.

“I love closing!” he said. “Closing is a different mentality, and I think it suits me really well. I can get ready quick, come into high pressure situations and let my stuff go. My velocity has also gone up as a closer.”

Dufault very likely would have heard his name called in the MLB Draft this summer, had it not been cut from 40 rounds to just five. But, while he was not selected, he received lots of attention from MLB teams in the following days.

“I had conversations with a bunch of teams before and after the draft,” said Dufault. “The Red Sox were one of the teams I talked to. It was a whole process. I talked to my family and my coaches, to decide where I should go next.

“(Signing with the Red Sox) was definitely on my mind. I didn’t rule it out. But I didn’t know how minor league baseball was going to look (the season was cancelled), and there were a lot of factors.”

For now, Dufault is focused on summer baseball with Nashua — he entered the weekend with nine strikeouts and no earned runs in five appearances — and then likely returning to Northeastern for his senior year.

“I have until Aug. 1 to make my final decision (on signing,)” he said. “But I’m really leaning towards going back to college, to have the chance to be a higher pick in next year’s draft.

“Right now, I’m here playing summer ball. I’m enrolled at classes at Northeastern and I’m talking to my coaches about fall baseball. I want to focus on developing my stuff and getting hitters out.”

Dufault by the year