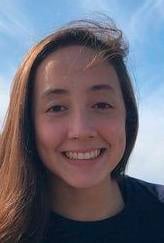 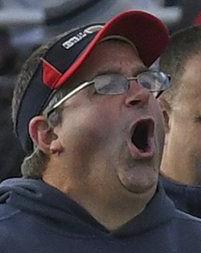 Two of the region’s (and state’s) top swimmers aren’t competing for their local high schools this year. Andover junior Michaela Chokureva, who has won the 50 and 100 freestyle at state, and North Andover’s Malia Amuan, who has won the 200 and 500 freestyle, are swimming with club teams instead. Both are former Eagle-Tribune MVPs.

No respect for MVC

There is not much respect for the caliber of boys soccer in the Merrimack Valley Conference. In last week’s Eastern Mass. top 20 in the Boston Globe, not one MVC squad was cited.

In a sign, perhaps, of declining football numbers in small schools, there are now 21 co-op football programs in the state. That includes athletes from 25 other schools participating as “guests.”

Central Catholic football coach Chuck Adamopoulos entered the season with an impressive 184 victories in 24 years. He has quite a way to go to catch up to the state leaders, however. Northbridge’s Ken LaChapelle entered the year with 499 victories, trailing only former Lexington coach Bill Tighe (515). That’s more than 10 wins a year for 50 years!

Former Central Catholic standout Bret Edwards got plenty of credit for leading UNH football to a season-opening 27-21 victory. But Edwards had some help from another Central grad, sophomore Osho Omoyeni, who starts on the offensive line and helps protect him. Overall, UNH boasts nine players from the area, including another Central grad — freshman Nick Mazzie, who is a backup kicker.