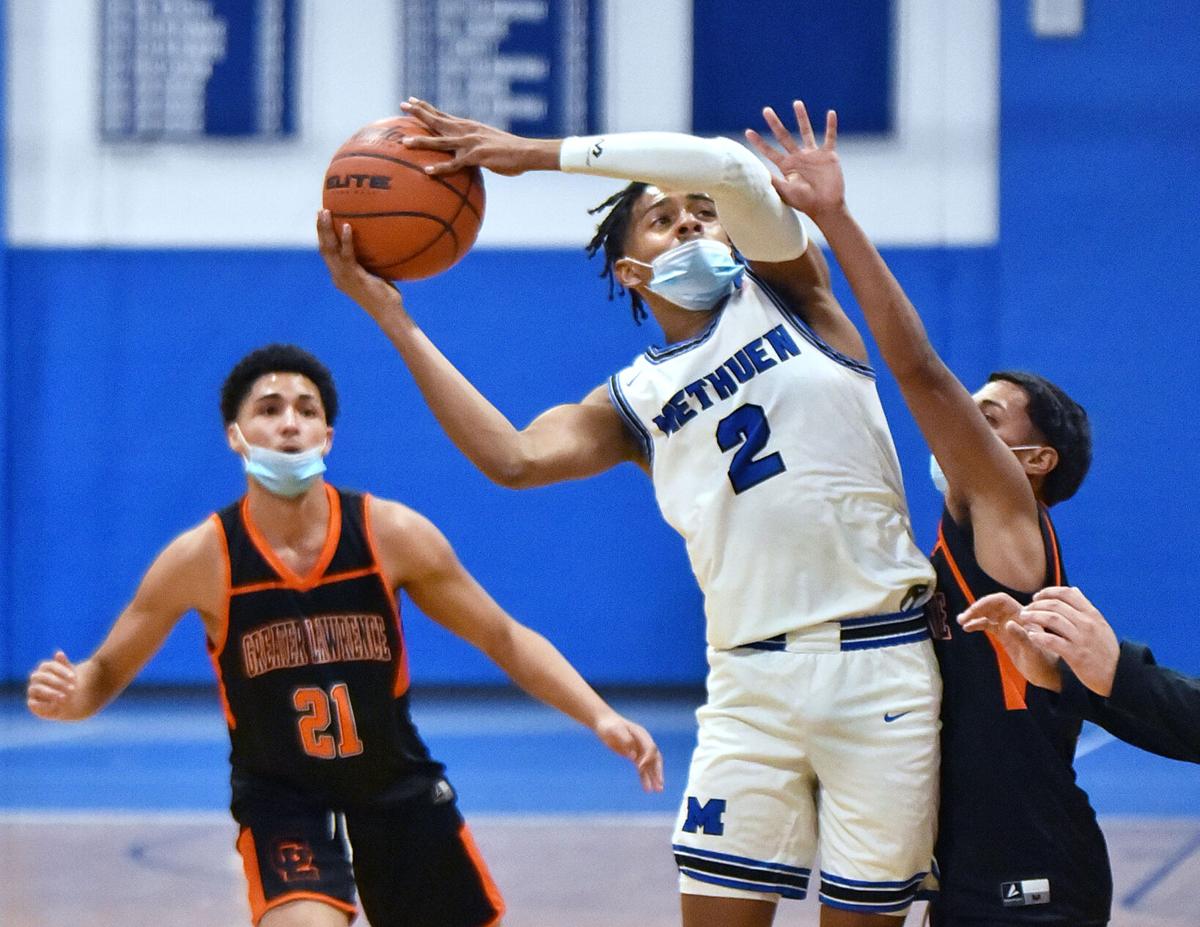 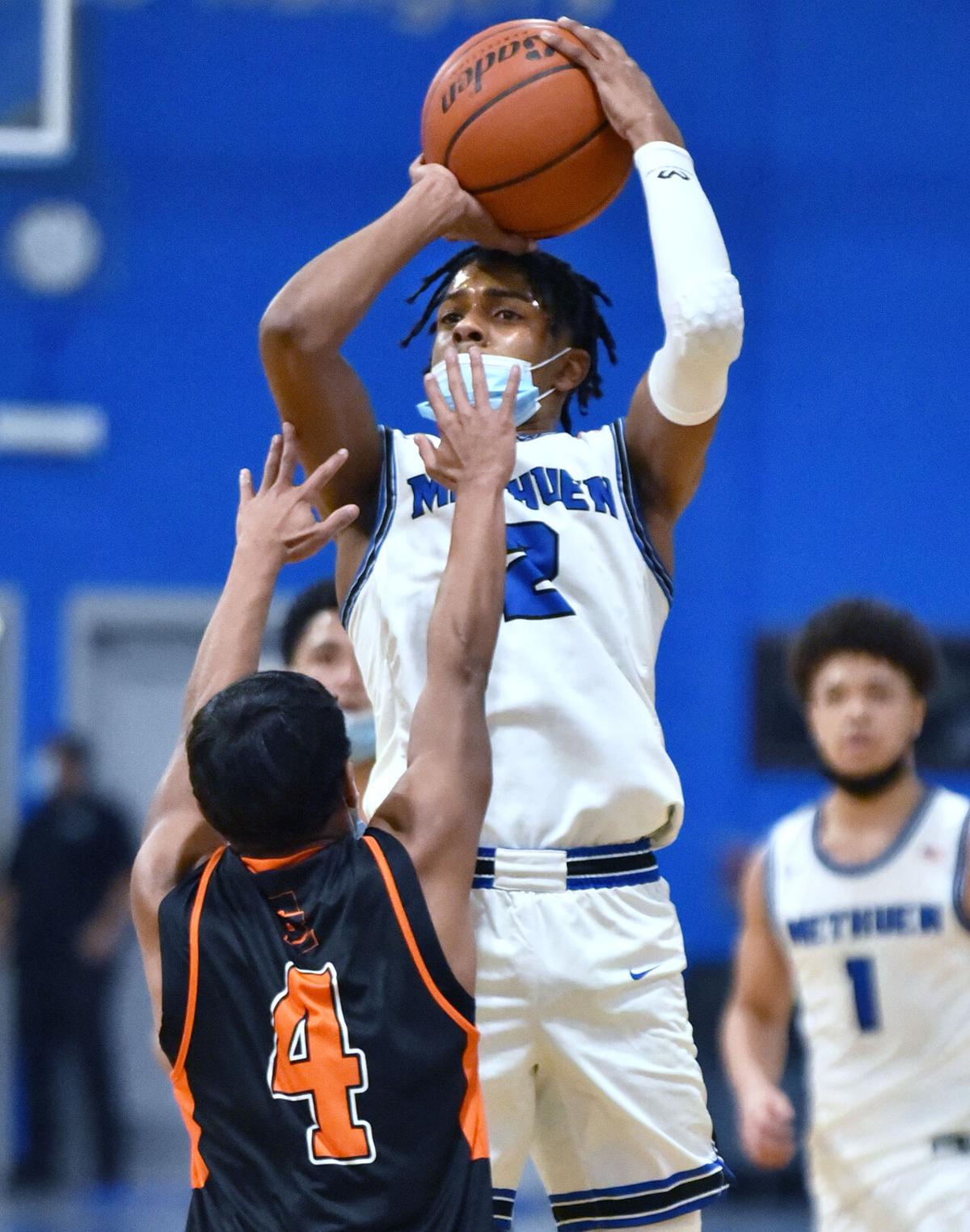 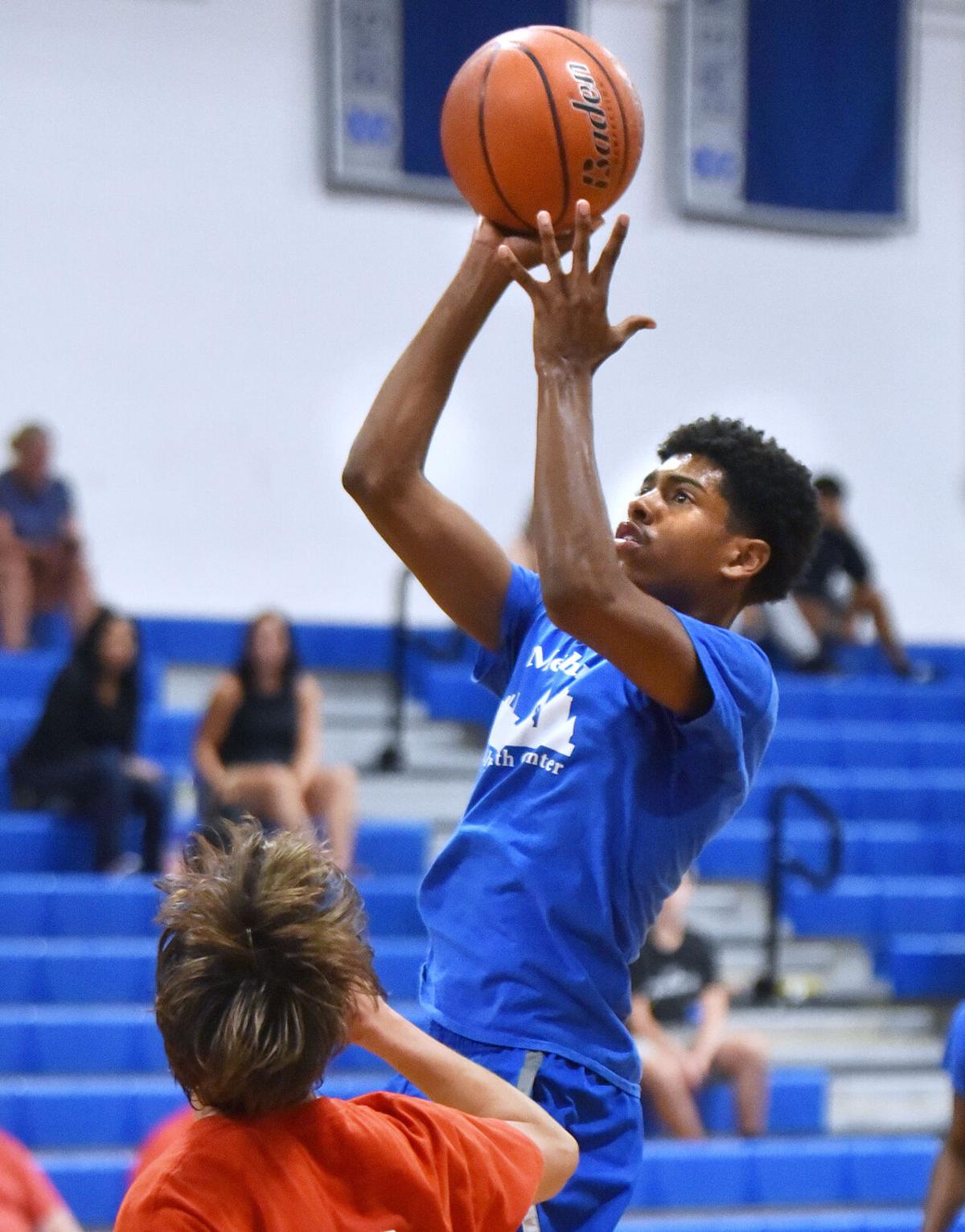 Methuen's Jesus Carpio takes the jump shot against Tewksbury during the summer. Carpio said he gained confidence as a scorer during offseason tournaments. 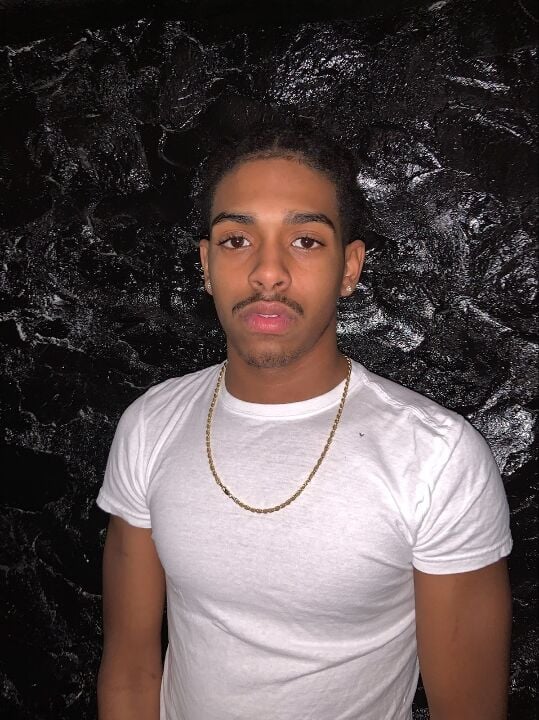 Methuen's Jesus Carpio takes the jump shot against Tewksbury during the summer. Carpio said he gained confidence as a scorer during offseason tournaments.

A season ago, Methuen’s Jesus Carpio rarely made noise on the score sheet.

As a starting forward, the then-junior averaged just 3.8 points per game, focusing his energy on defense and rebounding.

My how things have changed in a year.

After a move to guard this winter, the 6-foot-2 Carpio has erupted as a scorer. He’s averaging a stellar 22.3 points per game — including a career-high 28 points in a win over Tewksbury on Tuesday — for the 3-1 Rangers.

“My role has changed a lot this year!” said Carpio. “I’m a much better all-around player now. The coaches came to me and said they needed more points from me. They gave me the opportunity to score more, and I was excited. My mindset now is to go to the basket and either score or create something for my teammates.”

“Jesus is a great teammate and everyone loves him,” said Methuen coach Anthony Faradie. “He has great ball skills and really is a well-rounded player. Offensively he’s a great penetrator with an excellent mid-range game that is somewhat rare nowadays. He’s very versatile and was able to take over ballhandling duties while Isaac Allen was out with an injured ankle.

“Jesus is also a solid defender, and in my opinion one of the elite rebounding guards north of Boston.”

Heading into his third varsity season, he appeared in 12 games with two starts as a sophomore. Carpio was determined to contribute more as a scorer this winter.

“I was putting up big scoring numbers in the summer league and fall league (in 2021), so I was pretty comfortable with my scoring abilities going into this season. I felt like I could do it.”

Once the season kicked off, he was also excited to move from forward to guard.

“Guard just feels more natural to me,” he said. “I was a guard growing up, so playing small and power forward last year was different. I did learn a lot about toughness, but I feel much more comfortable now.”

Carpio wasted no time proving he could score this winter. In Methuen’s season-opener, he scored a game-high 22 points against Dracut.

“That first game against Dracut was huge,” he said. “We lost in overtime, but it was my first time ever scoring big points at the varsity level. I had felt like a different player for a while, I was confident, but that proved it. It felt amazing.”

Carpio followed that with 16 points in a win over Billerica, 23 in a victory over Greater Lawrence and 28 points in the win over Tewksbury.

And while so many love to launch 3-pointers, Carpio is proud of his aggressive style.

“I’m more of a slasher than a shooter,” said Carpio. “I grew up in Lawrence (before moving to Methuen in eighth grade), and I learned my aggressiveness and toughness playing at the Lawrence Boys and Girls Club.

“I can shoot the ball, but I want to attack the basket first. I’m best at driving to the hoop and either finish or create for others. A lot of people underestimate Methuen basketball, and I want to prove what Methuen can do.”

Methuen standout Jesus Carpio said he was inspired to play basketball by his brother Doriel Guerrero.

The 5-foot-7 Guerrero played three years of hoops at Lawrence High before transferring to Methuen High as a senior (class of 2017), seeing key varsity minutes at guard.

"He was such a tough and gritty player," said Carpio. "I always wanted to follow in his footsteps."