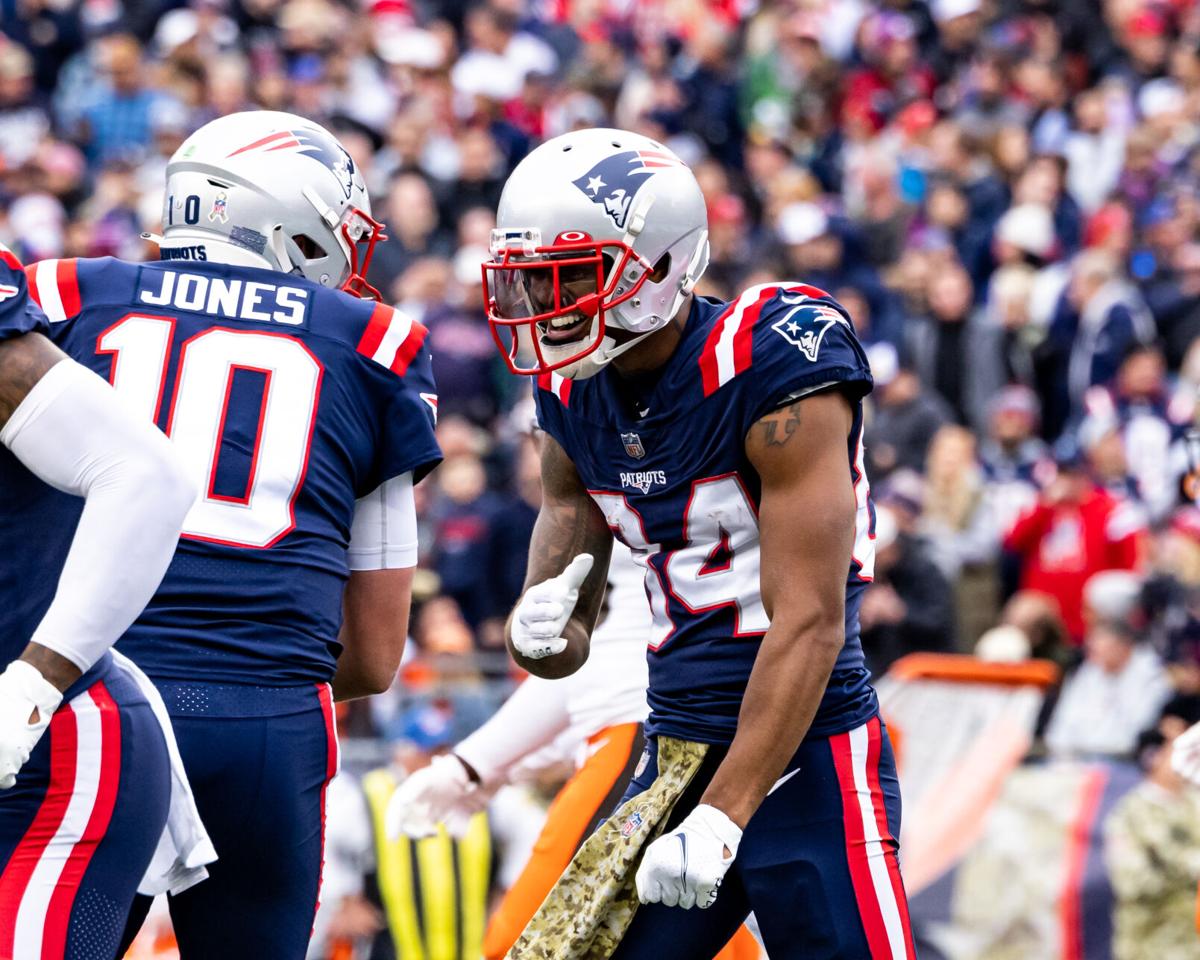 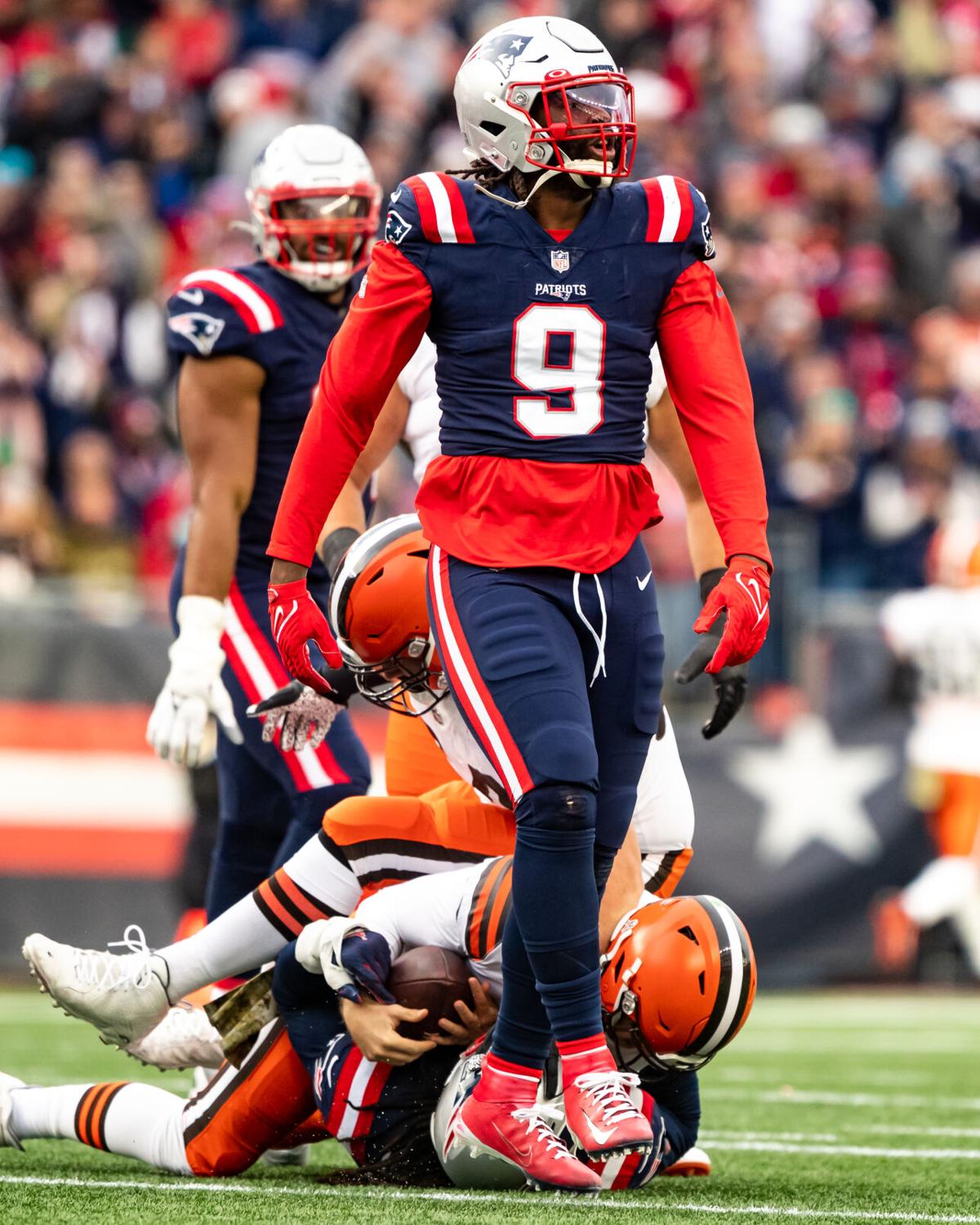 FOXBOROUGH — The next thing I’m going to say is not a joke:

The New England Patriots are officially in the “Super Bowl or bust” discussion.

No it isn’t after Sunday’s domination of the Cleveland Browns.

Have you checked the NFL standings, particularly in the AFC the last week or so? If you haven’t I’ll save you the time with a one-word description: Unimpressive.

Call me fickle for making another adjustment to my Patriots outlook, the third of the 2021 season. I first called this Patriots team the 2001 team, methodically figuring things out under the radar. Then after the third bad game that ended with the defense blowing it at the end, I opted for the struggling, we-have-a-lot-to-learn 2000 team that won five games.

And now? My bad, I wouldn’t put anything past this team, as in going for all the marbles in February.

On any given Sunday anybody can beat anybody. Exhibit A: The Dolphins can go to Baltimore and beat the “best” team in the conference with relative ease, and three days later the “mighty” Pittsburgh Steelers at home tie a winless Detroit Lions team.

Sure, Baltimore, Kansas City and Buffalo have been scary good at times … over the last three years. But not in 2021.

Is this shocking, the Patriots at 6-4, officially in the Wild Card discussion?

No. May, June, July and August there were rumblings, with the free agent spending spree ($170 million in guarantees) and even with Cam Newton calling signals.

But by early October, things looked bleak. The All-World offensive line was anything but. The free agents, other than Matt Judon, were for the most part disappointing. and Mac Jones looked like 2022 could be a really good year.

Now, 10 days before the all-important, team-defining Thanksgiving, the Patriots have looked like, get this, one of the best teams in the world.

The 38-7 win over the Browns was a mismatch in every area, including the two biggies — quarterback and coaching.

The quarterback matchup — Baker Mayfield vs. Mac Jones — was a second quarter knock out. Mayfield (11 for 21, 73 yards) looked like a backup, taking zero chances and throwing shorties to running back while Jones (19 for 23, 199 yards, 3 TDs) looked like he has done this before; as in stand in an NFL pocket, look downfield with poise and convert third downs.

The last time the Patriots won four in a row? October of 2019.

That was Tom Brady. This is different. This was unexpected.

“Just practice, doing the little things right,” said Jones. “We do a good job every week of preparing for what we want and it just comes down to practice, execution, becoming game reality. and when we practice well, we play well … It’s pretty much that simple.”

Jones’ performance against the Browns, particularly after the previous two weeks in L.A. and Charlotte, changes the complexion of the Patriots season.

Other than the Jets game — we don’t usually count Jets wins — this was Jones and the Patriots defense playing at the same level.

Jones owned the key stat of the game — 6-for-6 on third down pass attempts. and we’re not talking dump-offs to running backs here either.

We’re talking standing tall in the pocket, moving up a step or two, and delivering first downs.

This was not young Brady here on display against the Browns, this was vintage Brady. While it was only one game, against of course the disappointing Browns, it was more of the same we’ve seen since early September.

The offensive line, with Trent Brown around, is a weapon. The defense has now had six games holding the opponent to under 20 points.

The best part is they are making plays, like safety Kyle Dugger’s interception and big return, receiver Kendrick Bourne’s great 23-yard catch for a score with two defenders next to him, and defensive end Matt Judon making life difficult for opposing quarterbacks (9.5 sacks in 10 games).

The Patriots we’ve come to adore, respect and watch over most of the last two decades seem to be back.

While coach Bill Belichick was very complimentary to open his post-game presser he caught himself when he was asked a question of the successes the last month and that the Patriots haven’t qualified for the playoffs with six wins.

He stopped the questioner in his tracks, saying “Nope!”

The Patriots are already on to Atlanta, their opponent on Thursday night.

It’s nice to be back in this position, Patriots fans, isn’t it?