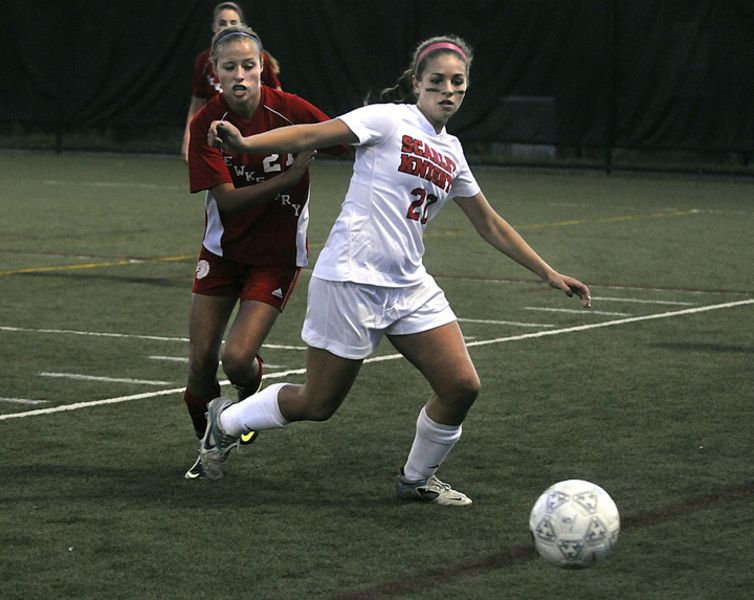 North Andover's Leah Chittick battles for the ball against Tewksbury two years ago. Chittick, a senior, missed a good amount of last soccer season with an ankle injury, but she's looking forward to a strong season here in 2014. 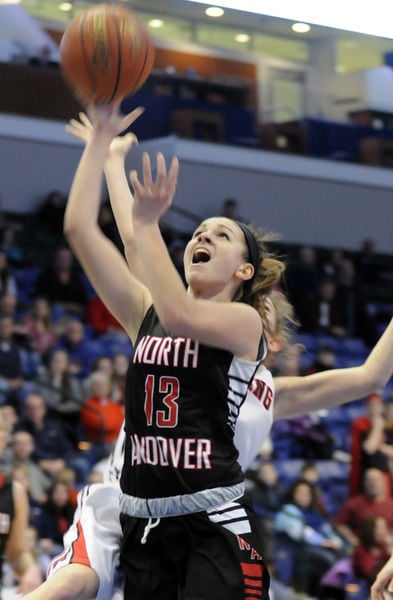 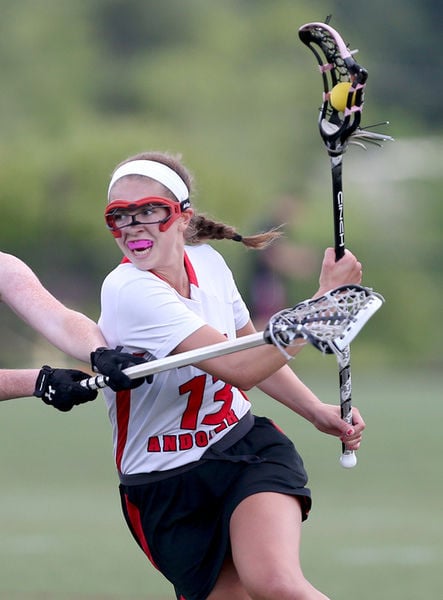 North Andover's Leah Chittick battles for the ball against Tewksbury two years ago. Chittick, a senior, missed a good amount of last soccer season with an ankle injury, but she's looking forward to a strong season here in 2014.

North Andover High senior Leah Chittick stars in soccer, basketball and lacrosse but her top sport is lacrosse, which she will play at UMass Amherst next year.

So she probably spent her entire summer practicing lax, right?

“I did all three,” Chittick said. “I did a soccer summer league and I did a basketball summer league. Soccer was Tuesdays and Thursdays and basketball was Mondays and Wednesdays. And I did a couple of lacrosse tournaments and obviously practicing on the wall for lacrosse. But I pretty much mixed it up.”

She also left some time for a little bit of relaxation and fun. Her family has a place in Chatham.

“So we go there every weekend,” Chittick said. “Our cousins have a house down there, too, so we’re always with them. We like to water ski, tube, swim.”

High school fall sports practices already have commenced and Chittick is one of several deserving preseason candidates for the 2014-15 Max Bishop award, which is given to the top three-sport female athlete and top three-sport male athlete in The Eagle-Tribune coverage area.

“I love soccer, basketball and lacrosse and I’ve been playing them all for so long and I can’t imagine not playing,” she said. “And I think it’s better for me if I play all three so I don’t wear myself out of lacrosse.”

“And we look really good,” Chittick said. “I think last year we didn’t do as well as we expected. I got hurt early in the season and I couldn’t play, which I was pretty upset about. But we came back really strong this year and I think this season is pretty promising.

“I think we all pretty much learned how to play with each other last year and this year it has definitely showed.”

Chittick missed a good portion of last fall with a sprained ankle.

The injury caused her to enter last basketball less than 100 percent. She averaged 6.8 points over her first six games, but she finished the season averaging 14.6 points in 21 contests. She was named All-MVC and an Eagle-Tribune All-Star.

“In basketball, I think we definitely lost two important players to our team (graduates) Christina (Castaldo) and Mackenzie (Mello) but I think we’re going to be pretty good this year, too,” Chittick said. “We have three starters returning and we definitely have room for improvement but I think it’s pretty promising.

“And lacrosse, I’m so upset about the lacrosse season,” she added, reflecting on this past spring when the Scarlet Knights lost to Westwood in the Division 1 state semifinal.

Chittick clearly wasn’t satisfied just making it to the EMass. final. Minutes after the loss to Westwood, she said, “We’re going to go all the way next season. ... We’re going to redeem ourselves of this.”

Because lacrosse is her top sport, it’s not difficult to understand why that loss left such a bad taste in her mouth.

Chittick was the 2014 MVC Division 1 MVP and named an Eagle-Tribune All-Star, netting 84 goals and adding 43 assists. That came after netting 75 goals and recording 27 assists as a sophomore.

Before going for redemption in lacrosse, Chittick has a full season of soccer and basketball on her plate.

And she wouldn’t have it any other way.

“There’s different exercises that we do in each sport,” Chittick said. “Soccer is more long distance and sprints up and down the field and I think that helps stamina for basketball and then basketball is more like quickness. And both of those help (get ready) for lacrosse. Lacrosse is all running.”