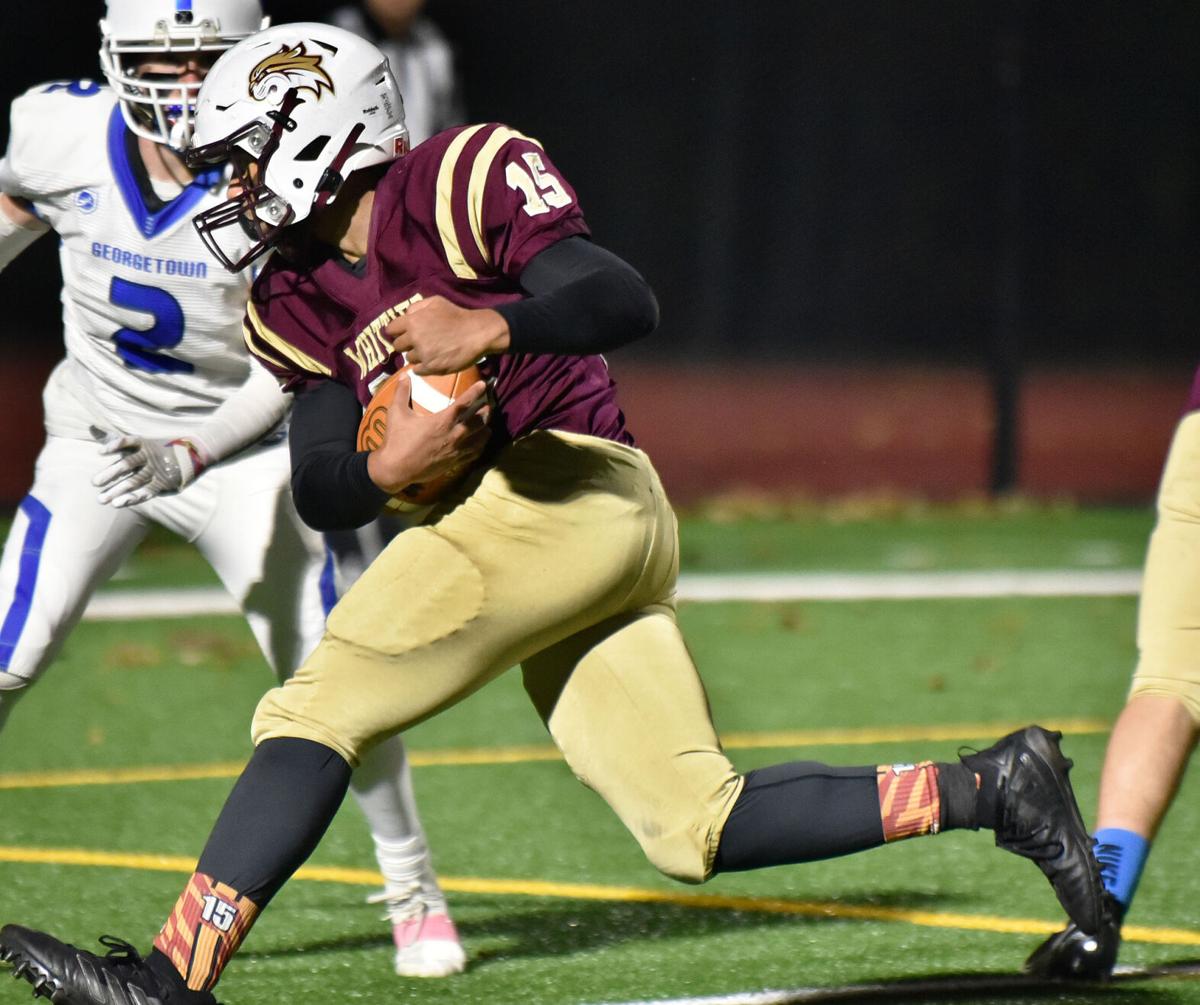 Whittier’s Jyzaiah Ferreira rushes in for his first of two touchdowns Thursday night. Ferreira also ran for three two-point conversions in the win over Georgetown. 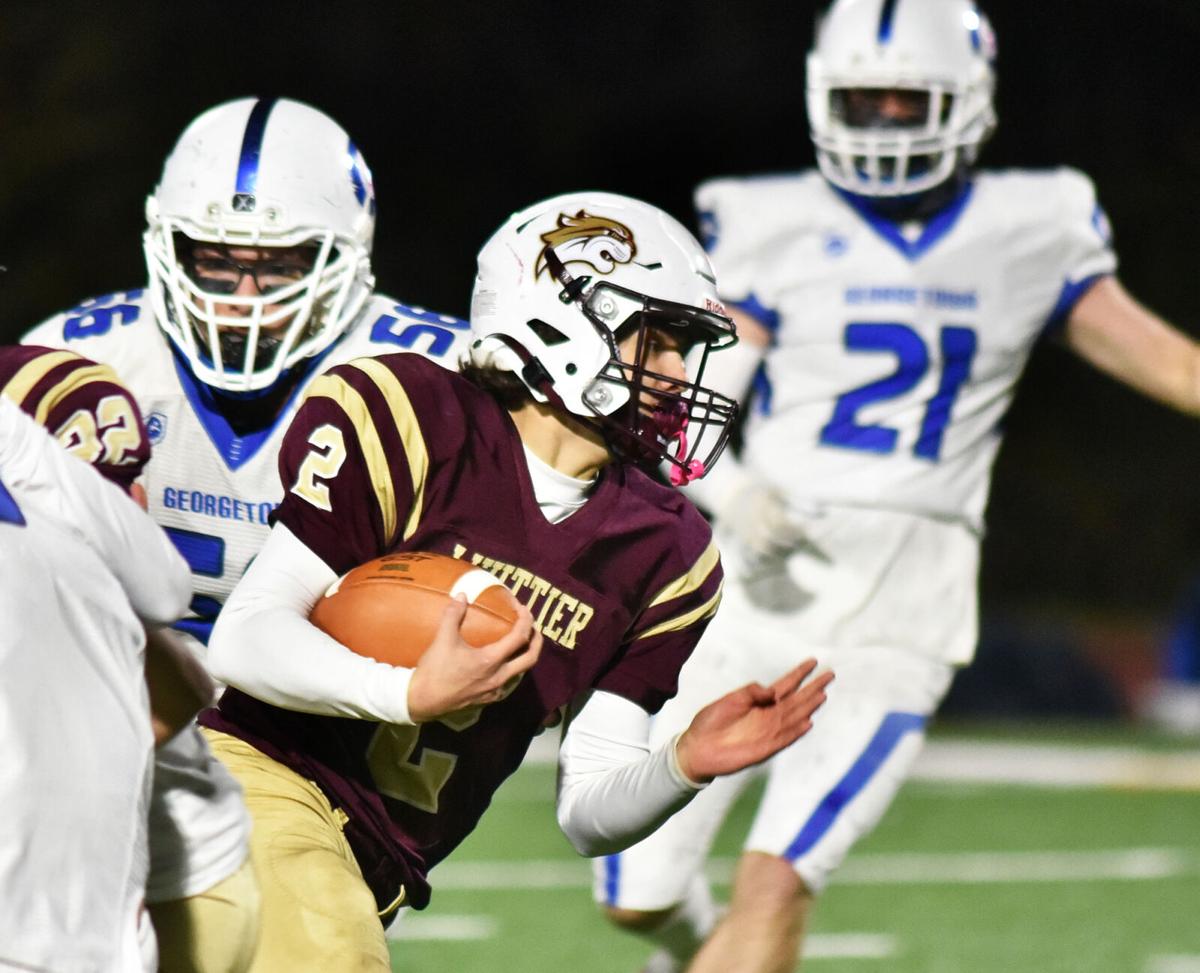 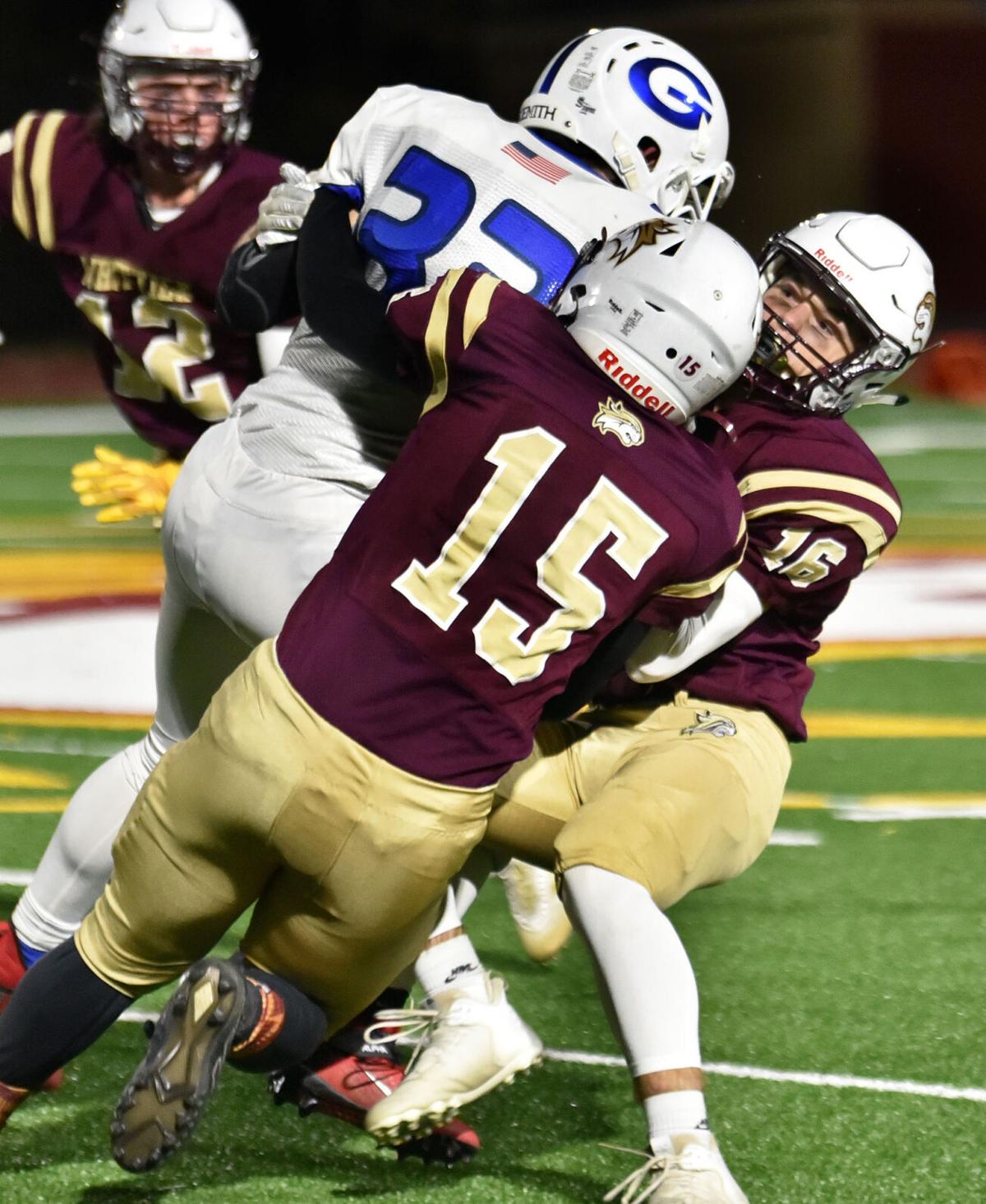 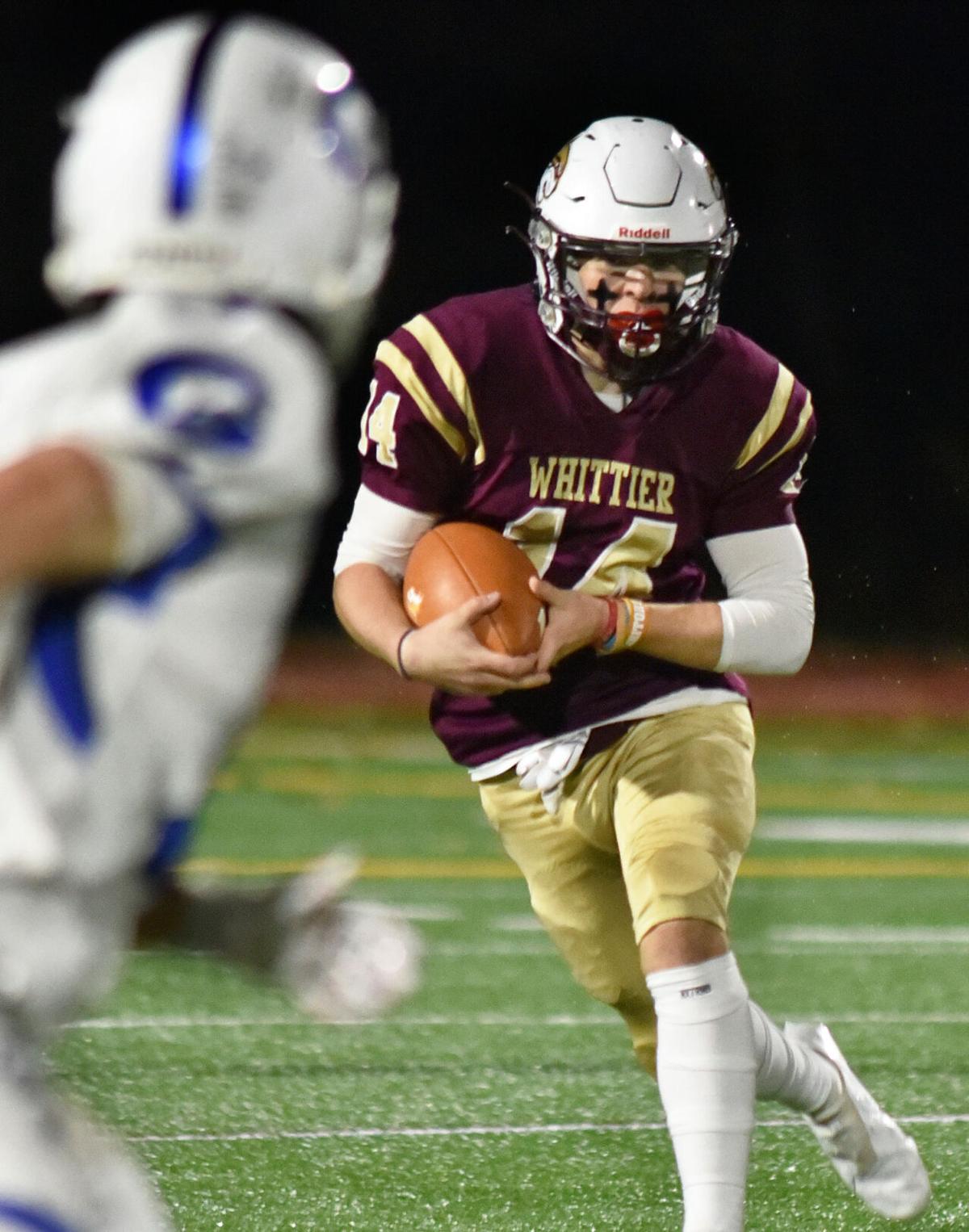 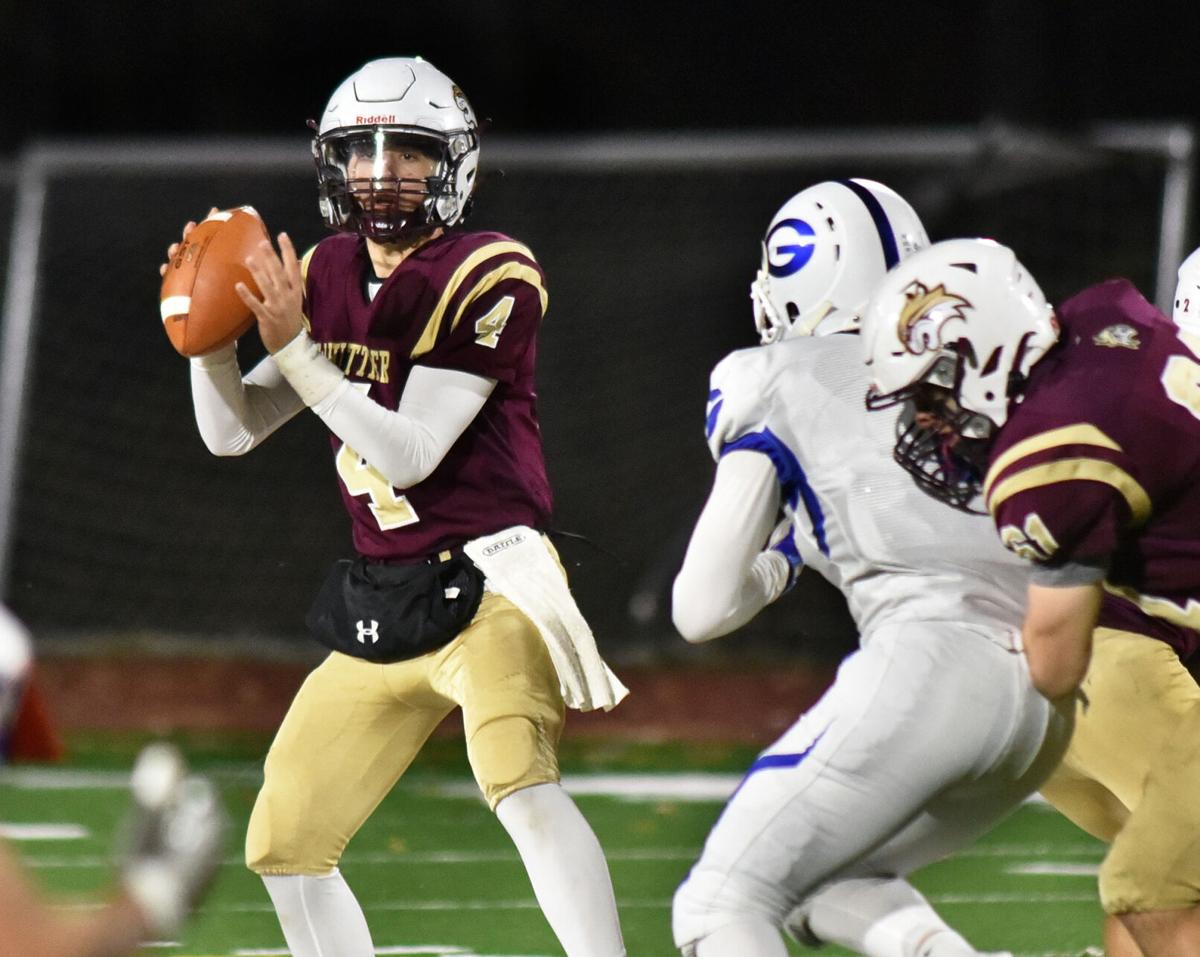 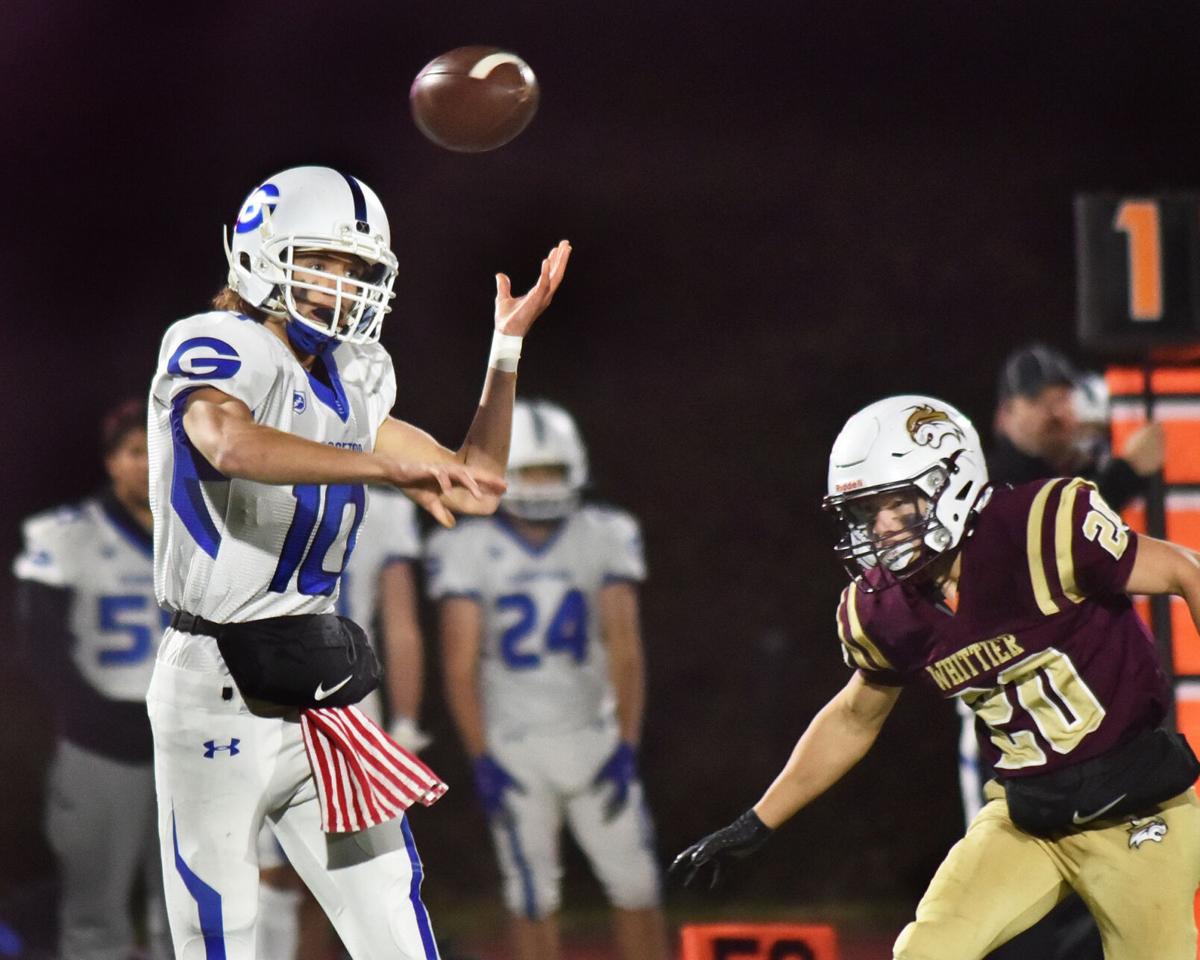 Whittier’s Jyzaiah Ferreira rushes in for his first of two touchdowns Thursday night. Ferreira also ran for three two-point conversions in the win over Georgetown.

HAVERHILL — For just over six minutes, Thursday looked as if it was turning into a nightmare for Whittier Tech.

The Wildcats saw Georgetown QB Anthony Plumb complete his first eight passes, one for a touchdown, and run for another score to give the Royals a quick 16-point lead.

Then, Whittier started bringing the heat.

Whittier’s heavy pressure disrupted Georgetown’s potent passing attack, Ferreira and Julien Acevedo-Torres led a clock-killing ball control offense that scored on four of its final five possessions, and the Wildcats held strong for a 32-24 win over Georgetown on Thursday night, the start of their non-playoff schedule.

“We’re always down, but we played three very good quarters,” said Whittier (5-4) coach Kevin Bradley. “People say we win it in the last few minutes, but we really win games in the last seconds. These kids never give up.”

It looked early on like it would be a long, cold night for Whittier, as the temperature fell into the low 40s and the Wildcats trailed 16-0 with 5:54 left in the first quarter.

“We needed to pressure the quarterback,” said lineman Jake Richards. “They’re a very good passing team, so we needed to bring the pressure. We just kept bringing the heat, and I think they started to feel it and it made it harder for them to pass the ball.”

It was Ferreira that delivered the first big hit, then Jeremy Rousseau and David Garcia combined for a crushing sack. A play later, Georgetown (3-5) had its first incompletion, and had to punt.

Whittier’s offense then took over, and Ferreira barrelled in from 2 yards out to cut the deficit to 16-8.

Ferreira ended Georgetown’s next drive with a sack, Niko Burke scored on a 10-yard touchdown and Ferreira tied it with the two-point conversion.

On the next drive, Ferreira added a second sack, and two plays later dropped into coverage and deflected a pass that Garcia snagged for an interception.

With Ferreira, Richards, Rousseau, Garcia, Josh Avila and William King all taking turns breaking into the backfield, Whittier forced a turnover on downs and a punt and then took the lead on an Acevedo-Torres 12-yard run.

Georgetown mustered one more scoring drive to tie the game 1:05 into the fourth quarter.

But Whittier responded with a 14-play drive that ate up 8:22 of game time, and retook the lead when Ferreira scored a 4-yard touchdown before adding his third two-point conversion of the day.

“We just wanted to ground-and-pound it and keep getting first downs,” said Ferreira, who tied with Acevedo-Torres for a game-high 84 rushing yards “We wanted to give them as little time as possible to score. Then I just had to get in for the touchdown.”

Georgetown drove to the Whittier 15-yard line with less than a minute to go, but pressure by Ferreira and Richards forced an intentional grounding penalty that moved the ball back to the 39. A final Hail Mary was knocked down by Thomas Galvin.

“It feels great to get this win after being down for a few weeks,” said Richards. “We always have confidence, even when we’re down, and it feels so good to come back and get a good win.”

For video highlights from Whittier's win over Georgetown, visit eagletribune.com.